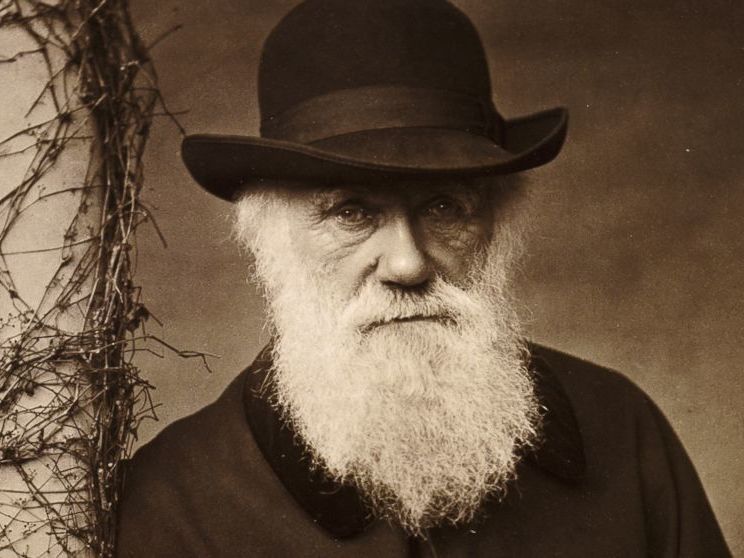 160 years into Darwinism, there's one mystery we still can't explain

Naturalist Charles Darwin, famous for his theory on evolution.Postmedia Archive

Back when the world was young, I was taught that four visionaries’ theories shaped modernity: Charles Darwin, Karl Marx, Sigmund Freud and Albert Einstein. Of them, only Einstein’s could be subjected to scientific scrutiny. The rest remained hypotheses, resistant to such standard scientific tests as falsifiability, replicability and predictability, but so beautiful in their comprehensiveness that the intelligentsia accepted them for what they were not: settled science.

Time has proven unkind to Freud’s and Marx’s theories, but very kind to Darwinism. Why? Shhh. If you dare to ask, you invite ridicule. Because the minute one expresses doubt about Darwin’s basic premise that all life-forms, including humans, descend from a common ancestor through the simple processes of random, heritable variation and natural selection, one admits the possibility of a counter-theory — Intelligent Design — that is considered anathema to the intelligentsia, since it implies, you know, the G-word.

David Gelernter, a conservative Yale professor of computer science, is suffering extreme ridicule and worse from colleagues for having just published an article in the Claremont Review, “Giving up Darwin.” The title is misleading, because Gelernter does not reject Darwin completely. He says there is no doubt that Darwin “successfully explained the small adjustments by which an organism adapts to local circumstances” through fur density or beak shape or wing style changes. It’s the big thing Gelernter now believes Darwin got wrong: humans.

There are intractable problems with Darwin’s “beautiful” theory. The most obvious is the “Cambrian explosion” of about a billion years ago wherein, during 70-odd million years, a startling variety of new organisms, and for the first time actual animals, appear in the fossil record. Where were their pre-Cambrian closely related ancestors? Nobody knows, and it isn’t the fault of fossil science, which is sophisticated and objective.
A handout photo provided on December 7, 2011 by the journal Nature shows a drawing made by Katrina Kenny of the University of Adelaide showing the fearsome meter-long super predator Anomalocaris. Scientists, in a paper published by the journal Nature, describe the splendid fossil of an animal called an anomalocaridid. The latter are thought to have been kings of the planet during the “Cambrian Explosion,” some 540 to 500 million years ago, when biodiversity dramatically increased. Katrina Kenny/ University of Adelaide

Gelernter ascribes his conversion principally to the 2013 book, Darwin’s Doubt, by geophysicist Stephen Meyer, director of the Discovery Institute’s Center for Science and Culture, which he describes as “one of the most important books in a generation.” I haven’t read that book yet, but I have read, and warmly recommend, the late Tom Wolfe’s riveting 2016 book, The Kingdom of Speech. Here Wolfe disassembles the history of Darwinism in his characteristic madly entertaining fashion, but concentrates on what seems to me Darwinism’s even more puzzling Achilles’ heel, its utter failure to account for, alone amongst the species, humans’ large brains and capacity for both abstract thought and speech.

Speech isn’t merely “a” trait that separates us from primates, it is why humans rule the planet. It is why there are zoos with primates inside and us outside. Speech allows us to make “plans” (something no primate understands). It allows us to record and measure, to express ideas and act on them. Make your own long list. Speech is, in Darwinian lingo, the ultimate “artifact.”
File picture taken 28 July 2004 shows a photographer taking pictures of the Neanderthal man ancestor’s reconstruction, displayed in a show of the Prehistoric Museum in Halle, eastern Germany. AFP

The human brain and the power of speech put humans way beyond the boundaries of Darwin’s own three critical criteria for natural selection, which; i) may expand an animal’s power only to a point where it has survival advantage — and no further; ii) cannot produce changes that are “injurious” to the animal; and iii) cannot produce a “specially developed organ” that is useless to an animal at the time it develops. If a Neanderthal brain three times the size of any primate’s and a unique capacity for speech do not constitute “specially developed organs,” what does?

Incidentally, regarding survival, Wolfe asks, why are human backs so hairless? Primates in the hottest countries have fur to ensure the rain slides off. Why are our alleged predecessors waterproof while we needed animal hides (which took brainpower to imagine and fashion)?

Prehistoric man did not need speech to survive. Darwin knew this himself, of course, and he struggled with it, but came up empty (just as he came up empty for that first handful of “cells” that set the evolutionary snowball rolling). To this day, no Darwinist can explain humans’ power of speech within the limitations imposed by the theory of evolution. As Max Muller, the most famous linguist of his era said in 1861, two years after publication of The Origin of Species, “Language is our Rubicon and no brute will dare to cross it.” By 1872, the Philological Society of London had abandoned the origin of language as a subject for discussion or further papers. In 1866 the Linguistic Society of Paris banned the subject for the same reason (Darwinism never caught hold in France altogether, Wolfe says).

In 2016, eight prominent academics, including the world’s most famous linguist, Noam Chomsky, published an article admitting that 150 years after the Theory of Evolution was birthed, and following an “explosion of research” in the modern discipline of linguistics, they cannot explain where language comes from. Intellectuals may stamp their feet and clutch their pearls all they want, but the debate, for so long taboo, is on again.