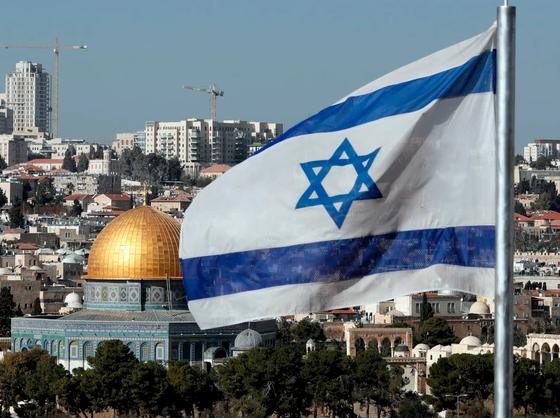 At age sixteen, I read Leon Uris’s gripping 1958 novel, Exodus, in a marathon 20-hour fugue. Uris’s historical novels, always meticulously researched, were compelling and informative reads. This one, a compressed account of modern Israel’s rebirth, with flashbacks to his characters’ tribulations in pogrom-era Russia and war-torn Europe, captivated Jews, of course, but also everyone else, emerging as the most popular of his 43 books and the biggest American best-seller since Gone with the Wind in 1936.

Would Exodus, then published by Doubleday, find a major publisher today? Not bloody likely. Uris’s point of view was unapologetic awe at the miracle, against all odds, of the Jewish people’s post-genocide renewal in their homeland. He was an unabashed Zionist. The publishing world today is extremely woke. And woke-approved manuscripts on Jewish themes must now pass a simple purity test: Thou shalt not portray Israel or Zionism in a positive light.

American novelist and former journalist Hesh Kestin was slammed with the dogma when promotional material hyping his Israel-positive 2019 thriller, The Siege of Tel Aviv, attracted a social-media mobbing, even though the mobbers had yet to read the actual novel.

In Siege’s blasphemous scenario, Israel is defeated by an Arab blitzkrieg, but, through the derring-do of a plucky band of quirky Israelis, both Jewish and Arab, supported by a relief-supply flotilla of evangelical Christians and three renegade Marine Corps fighter pilots … well, pick it up; you won’t stop until you reach the satisfying conclusion. (Satisfying, that is, if you prefer, even in fiction, that Israel survives.)

Aware that this was a trending phenomenon, I devoted a column to the story. Kestin is not some obscure amateur, but a well-established, brilliantly creative author. His magnificent novel about Jewish gangsters in 1960 New York, The Iron Will of Shoeshine Cats, won the Independent Book Publisher Awards’ 2011 gold medal for literary fiction. Stephen King praised it and other Kestin books, including Siege, to the skies.

Accused on thirteen Twitter accounts of abetting Islamophobia (even though one of the book’s heroes is Muslim), and faced with defection from other authors in his stable, Kestin’s small-press publisher caved, parting ways with him. Kestin’s response to what would have been a disaster for less experienced writers was a middle finger to cancel culture, and self-publication of Siege on his website.

How are other Israel-friendly Jewish authors, some young and more vulnerable to marginalization, faring?

Not well, according to a rather  grim investigation into the subject by Melissa Langsam Braunstein for the Washington Examiner, titled “Publishers against the People of the Book.”

Braunstein begins by noting that Jewish writers were once completely at home in the literary world. But “(w)hat was once a love affair between Jewish writers and the publishing industry … is looking more like estrangement in 2021.” Based on her findings, I’d say “estrangement” is a euphemism for something darker.

Braunstein interviewed a number of Jewish writers for her piece, including Kestin. Best-selling romance and historical fiction writer Alina Adams told the journalist, “If you’re doing historical fiction during World War II … Jews are victims, so that’s fine, but Israel is a whole different story.” Haley Neil, an emerging young Jewish writer, reportedly felt compelled to rewrite her first novel, set to launch in February, because of the story’s rumoured setting: a Birthright trip to Israel, whose purpose is to encourage attachment to their homeland and heritage in young Jews.

Yossi Klein Halevi, a famous American-Israeli nonfiction writer who has vetted many well-written and reasonable books that are now considered problematic, told Braunstein, “just being Zionist is enough to get you stigmatized.” It took Klein Halevi more than a year to find a publisher for his own eventually best-selling Letters to my Palestinian Neighbor (which is scrupulously respectful of reasonable Palestinian grievances). Identifying that difficulty as “a precursor of this moment,” Halevi Klein observes that many people in publishing “might not be aware that they’re participating in an unofficial boycott, but that’s increasingly the feeling and experience of young writers.”

Sarah Jaffe (a pseudonym) wrote a novel that included characters with both Jewish and Palestinian perspectives, and echoes Klein Halevi’s concern. Even though her manuscript had won or been a finalist for several awards, one agent told her, “I love this book, and if it were a different time — but I don’t think I can sell it, because it’s set in Israel.”

Kestin is quoted extensively on his own experience. “Once Siege was accused of racism and Islamophobia, the dozens of critics who had praised my earlier work … simply disappeared.” It was disheartening to learn that Kestin’s most prominent fan, Stephen King, “who for over a decade had provided ecstatic blurbs for all my novels … in the process becoming one of my closest friends, simply turned his back, explaining that he, America’s most popular writer, the writer to whom Siege was dedicated, did not wish to risk standing up to the raging mob.” Risk? What risk to a writer in King’s position? This particular capitulation to the mob is more than disheartening, to be truthful; it feels ominous.

It’s ironic, as Klein Halevi notes, that “even as large parts of the Arab world begin to dismantle the 70-year boycott of Israel, that boycott is now being taken up by parts of the progressive West, and it’s infiltrating the publishing world as well.” One solution, he posits, might be for the pro-Israel community to set up its own publishing house to embrace quality projects “that are serious and grapple with the meanings of Israel, the dilemmas that Israel faces, in a way that combines critique with love.”

That is not the solution. Jews did not become lovable to antisemites when they ghettoized their bodies. Books from ghettoized publishers will not become lovable to reflexively Israel-hostile progressives, no matter how much “critique” Jewish writers apply as a concealing hot sauce to divert attention from the love that dares not speak its name beneath.