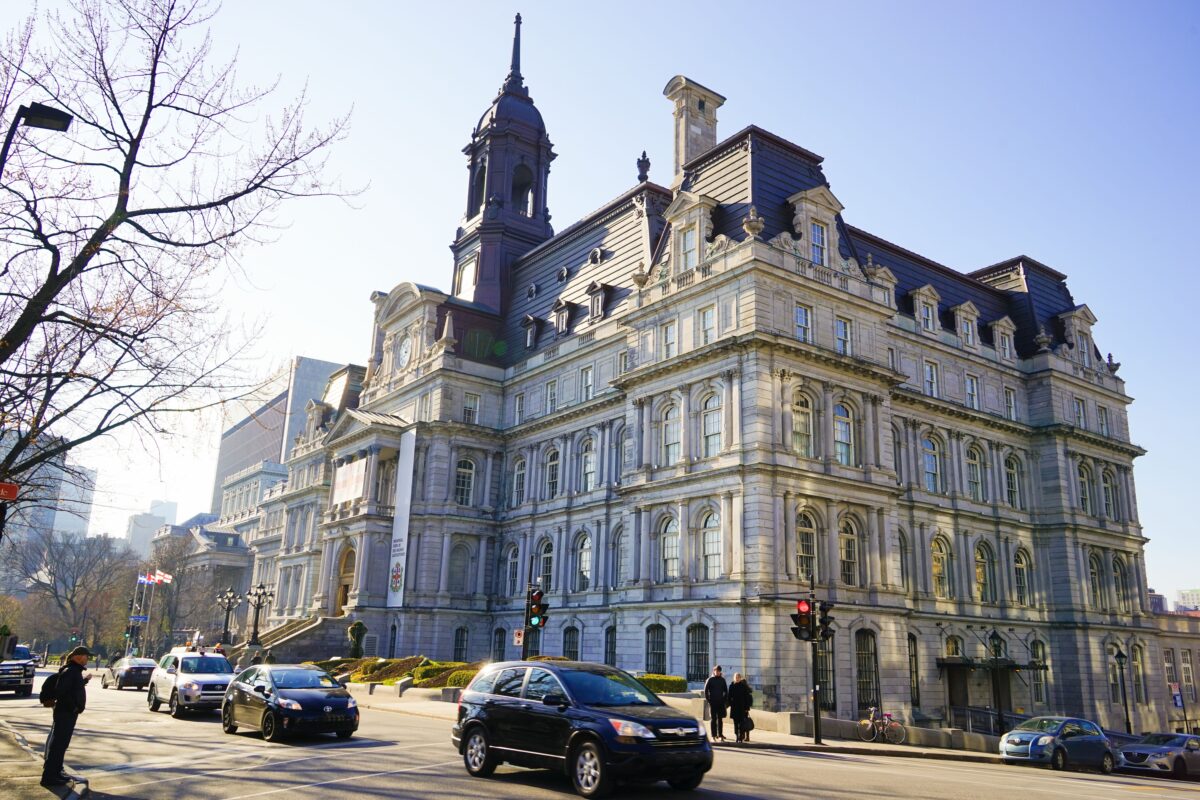 As Tighter French-Language Laws Loom, Is It Time to Recognize Montreal as a City-State?

Now that the federal election is over, we Montrealers are turning our attention to the city’s mayoralty elections, scheduled for Nov 7. The two viable candidates are incumbent Valérie Plante of the Projet Montréal party and her predecessor Denis Coderre of Ensemble Montréal, who is seeking a comeback. Together their parties command 97 percent of the available seats.

Nevertheless, despite the futility of his candidacy, I am intrigued by a newcomer to the municipal political fray, Balarama Holness of the recently created party Mouvement Montréal. Holness is a former football player with the Montreal Alouettes.

Like Coderre, Holness resents the provincial government’s iron hold over tax revenues from Montreal, where two million Quebecers reside. Coderre would like to wrest more financial independence for the city via a half percentage of the goods and service tax, which he claims would add about $200 million to the city’s budget, presently largely dependent on property taxes.

But Holness has a bolder idea. He pledges to overleap Quebec City altogether and ask the federal government to recognize Montreal as a city-state. Such status would give the city sovereignty over files like immigration, social services, education, and of course the perennial third rail of Quebec politics, language rights. Almost half the population of Quebec, but virtually the entire anglophone and allophone population, resides in the Greater Montreal area of some 4 million people, which produced $181.6 billion of Quebec’s GDP of $368 billion in 2018.

Holness doubtless took inspiration for his idea from premier François Legault’s introduction of Bill 96, which will replace Bill 101, the Charter of the French Language established in 1977 by then-premier René Lévesque. Bill 96 will upgrade French from Quebec’s “official” language to Quebec’s “common” language, with provisions that dramatically diminish anglophone language entitlements. The bill is certain to pass by the end of 2021, and will seriously impact local businesses and foreign investment (one of Bill 96’s effects, for example, would be to close loopholes on foreigners’ children’s access to English-language education.)

But this is not the first time that proposed English-suppressive language legislation has sparked interest in the city-state solution. In 2013, with the Parti Québécois back in power, its English-hostile leader Pauline Marois tabled Bill 14, designed to suppress English in every walk of life. The bill would even have rescinded the right of English-speaking members of the Armed Forces on temporary duty in Quebec to educate their children in English.

Today Bill 14 is largely forgotten, because Marois’s was a minority government and lacked enough support for passage. But the attempt galvanized a critical mass of anxious anglophones and realistic francophones into a grassroots rights movement, dubbed Canadian Rights in Quebec (CRITIQ), to protect Montreal from yet another surge of anglophone flight and business-sector panic. CRITIQ put its transient but for a time considerable weight behind the late strategic consultant Michel David’s 2013 report, “Montreal: City-State, Re-Inventing our governance.”

As the report correctly observed, all of Quebec’s parties were in thrall to regional, ethnically homogeneous voters with no direct stake in Montreal’s fortunes. Only political and economic autonomy conferred by “special administrative status,” David claimed—pointing to the example of the Cree First Nation of northern Quebec, who have self-governed their territories in collaboration with Quebec City for decades—could restore Montreal to its former entrepreneurial glory. (Montreal was the business heart of Canada before the separatist movement, and Bill 101 sparked an exodus of bank and insurance company head offices to Toronto.)

So in fact, David was not actually calling for a real city-state along the lines of Monaco, Singapore, or Vatican City, which operate completely independently of the countries they nestle in or abut, and whose language and culture they share. Complete independence was not necessary for Montreal to flourish, David said, but the economic situation demanded action of some kind. As evidence, he cited a Boston Consulting Group study that drew an unflattering portrait of Montreal’s economic performance vis à vis Calgary, Edmonton, Ottawa, Toronto, and Vancouver over 15 years. Montreal had the slowest GDP growth, at 37 percent versus 59 percent, on average, for those five Canadian cities.

The economy and culture of Montreal are different from the rest of Quebec (ROQ) and unique in Canada. In concrete terms of organization and management, David said, Montreal could be designated as a special economic zone where official bilingualism would immediately jumpstart a surge in foreign investment and human capital. The object was a win-win outcome for both Quebec and Montreal, with economic gains from the project split between the two.

David’s report contained the results of an Ipsos survey of the island of Montreal, the greater Montreal area, and the ROQ on Montreal’s current situation and putative future. Across the board, almost 80 percent of respondents agreed that “Montreal has lost its prestige over the last few decades.” Over 80 percent of Montrealers, but only 46 percent of the ROQ, agreed that Montreal “should have more autonomy to make its own decisions for the future.” Language laws were recognized as an impediment to Montreal’s prosperity. Unsurprisingly, about 75 percent of Montrealers agreed that “guaranteeing full bilingual status” would help.

The key takeaway points of the survey’s Montreal residents were as follows: Montreal is a distinct society within Quebec (90 percent); to stop its decline, Montreal needs to take drastic steps to improve its performance (91 percent); and Montreal deserves special status within Quebec because it is a world-class cosmopolitan city (74 percent).

The city-state movement lost momentum when the Liberal Party, under the leadership of Phillipe Couillard, trounced the PQ in 2014, winning 70 of 125 legislative seats. Couillard’s reassuring message to Quebecers was, “My dear friends, the division is over. The reconciliation has begun.”

And yet, Couillard himself having been trounced in 2018 by the CAQ (Coalition Avenir Québec), here we are again. François Legault is no Pauline Marois, a hard-core separatist. But he is still a nationalist, and he has shown, with Bill 96, that he is willing to sacrifice Montreal’s prosperity on the altar of ethnic pride.

Montreal’s economic situation has improved somewhat since 2013, but it will backslide immediately when Bill 96 is imposed. The 1995 referendum birthed a concept Quebec nationalists had never considered: “If Canada is divisible, Quebec is divisible.”

As a bilingual, multicultural, business-friendly city, Montreal’s potential is unlimited. Why should a handsome, spirited, and powerful horse be forced to pull a cart full of cement at a walk, when it could be pulling a cartful of money at a gallop?