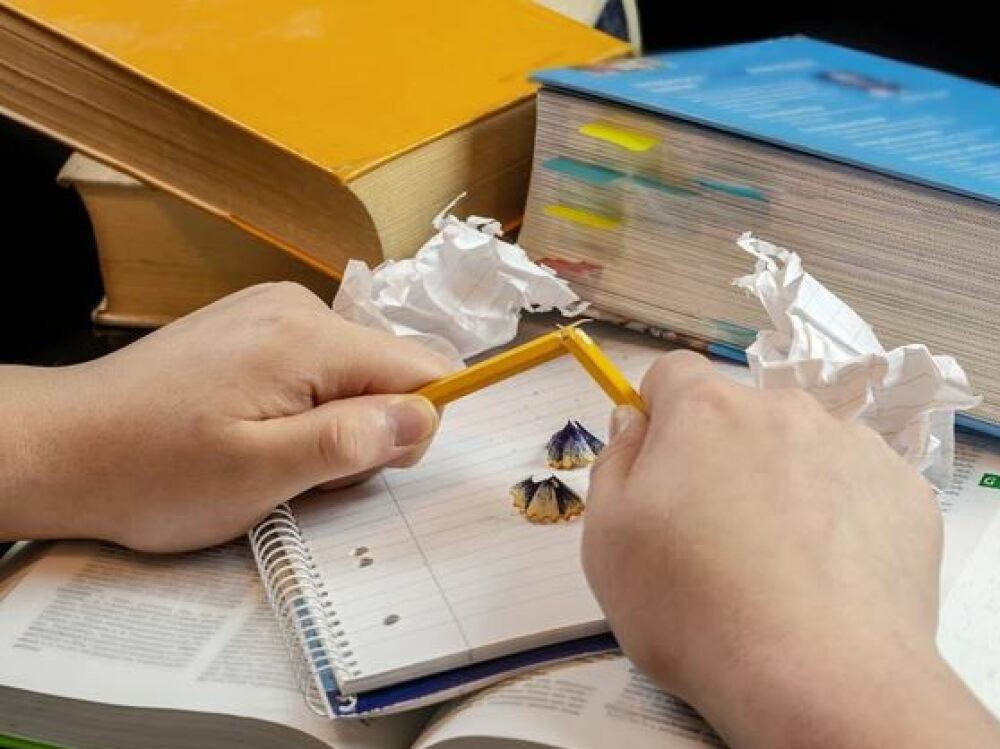 As this B.C. teacher found out, even speaking the truth in class is enough to get an educator cancelled

McMurtry told the class a statement of fact, which he was well placed from his educational background to assert with confidence. For this, he has been the subject of a witch hunt

Who’d be a high school teacher in these woke times? Not me. It’s a “feelings” minefield in classrooms: all too easy for a student to take offence where none was intended, and all too easy to act on it at a teacher’s expense.

A hostile student — uncommitted, grudge-nurturing, frequently expecting higher marks than he or she gets — may allege that a teacher said terrible things in class: say, that he wished his cancer-stricken wife would die so he could find a new one; or that he described Paul Bernardo’s sex crimes in detail. Chances are good such charges will be taken at the student’s word, not the teacher’s.

Those false allegations were levelled at Jim McMurtry, an Abbotsford, B.C., high school teacher in October 2019 and March 2020, respectively. McMurtry maintains that one of his accusers was a known-to-be hostile student, the other a known-to-be volatile student. Both outlandish allegations went unchallenged.

McMurtry was punished with a suspension and a “re-education” session for the “cancer” incident. An internal investigation eventually found that allegation to be unsubstantiated, but found McMurtry guilty of inappropriate conduct for even mentioning Bernardo (McMurtry had, he says, only answered a student’s question about how Bernardo was apprehended.)

Son of the distinguished Roy McMurtry, former attorney general and chief justice of Ontario’s court system under the late premier Bill Davis, McMurtry is unusually credentialed for a high school teacher, holding a master’s degree in the history of education and a PhD in the philosophy of education, with a specialty in Indigenous history. He was a school principal for several years in Neuchatel, Switzerland, has won several teaching and writing awards and has, over four decades, amassed many warm tributes from former students.

Since his embittering false-allegation experience, McMurtry has been a target for other complaints launched by both students and his superiors.

Some are based in truth, but are hardly earth-shattering: he revealed the name of a student who had tested positive for COVID; he offered public support for an anti-mask trustee’s right to freedom of expression; and he has a penchant for lame humour. (For example, while discussing the history of the Olympics, McMurtry told his class that the ancient Greeks competed naked, then added, “Sort of like women’s beach volleyball today.” A student complained this was “sexualized” content.)

These and numerous other aspersions on McMurtry’s personality and behaviour are all contained in a January 2022 report to the board of education tabled by Abbotsford School District human resources director Michele Radomski, which called for McMurtry’s dismissal at a scheduled Jan. 25 disciplinary hearing.

Her recommendation was grounded in a report by an outside party, commissioned to conduct a second investigation into McMurtry’s conduct, which highlights what Radomski considers to be McMurtry’s most egregious transgression: he disregarded his principal’s directive to endorse an emotive, hate-inciting falsehood to his class, and instead communicated a historically objective fact.

Shortly after it was announced on May 27, 2021, that 215 probable unmarked graves had been found at the site of the former Kamloops Indian Residential School (KIRS), McMurtry found himself in a Grade 12 calculus class as a teacher on call, a status he says he had chosen in order to avoid further contact with one of his student tormentors the principal had refused to transfer to another class.

The students, he told me, were extremely upset by what they believed to have been a mass murder of children at the hands of the KIRS nuns and priests. Some of the girls, he said, were sobbing. As it happened, the previous day, McMurtry had reviewed the Truth and Reconciliation Commission report, which said nothing about foul play at the schools.

So, he told me, when one girl said, “The priests murdered the (215) children by torturing them and leaving them out in the snow to die,” he sought to alleviate her and others’ distress by telling the class that, although tragic, “most residential-school deaths were from disease.”

An offended student immediately complained to a guidance counsellor, who informed the principal, who informed the school district. The following day, McMurtry was ignominiously marched out of his classroom and suspended. (Taken together, McMurtry has been suspended for 15 of the last 22 months.)

In her above-mentioned report, Radomski concluded that, “regardless of Mr. McMurtry’s intent,” his expressed opinion that the deaths were due to disease was “inflammatory, inappropriate, insensitive and contrary to the district’s message of condolences and reconciliation.”

Indeed, she found it inculpating that, “He left students with the impression some or all of the deaths could be contributed (sic) to ‘natural causes’ and that the deaths could not be called murder.” Her finding, therefore, was that McMurtry was guilty of “extremely serious professional misconduct.” Most unjustly.

Even though the school may understandably have accepted the idea that the remains of schoolchildren had been unearthed at KIRS in May 2021, Radomski’s January 2022 report was written when the “mass grave” narrative was widely contested.

McMurtry told the class a statement of fact, which he was well placed from his educational background to assert with confidence. As Terry Glavin’s exhaustive May article on the graves issue in these pages would eventually to make clear, there is not a shred of actual evidence that any of the probable gravesites found at residential schools contain the bodies of murdered children.

Delaying tactics on both sides have kept McMurtry nominally still employed. A third investigation was launched in mid-November following McMurtry’s interview about his case with Rebel News. He expects it will ultimately result in his dismissal.