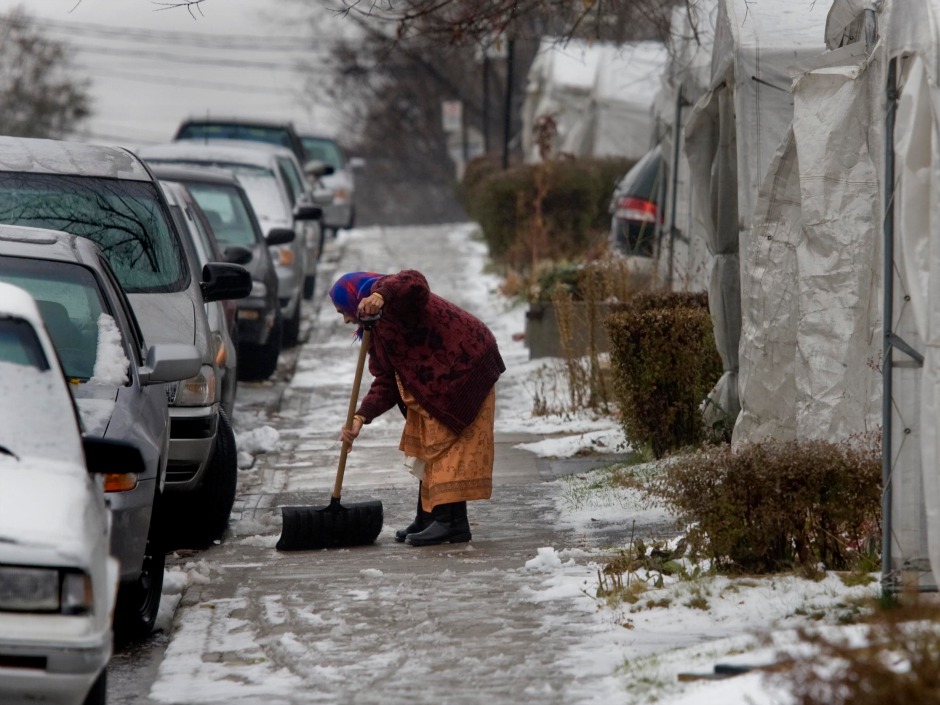 Observant Jews could use "parking goys" to move their cars to the opposite side of the street when necessary on Shabbat. There — problem solved.

Since 1984, Montreal has practised a policy of “parking tolerance” on Jewish high holidays, waiving restrictions on street parking for a few blocks around synagogues. The gesture allows orthodox Jews who do not drive on holidays, and who often live close to their synagogues, to avoid tickets if they are unable to move their cars when a holiday coincides with a day designated for street-sweeping.

“The idea of meeting requests from major ethnic and religious organizations on our territory, when it causes no prejudice to other citizens or to the city, is something that is natural for us and has been for nearly 30 years, without incident,” said Marvin Rotrand, councillor for the district of Snowdon.

Or it was without incident until Wednesday, when a Parti Québécois minister learned of the policy from a TV report showing a few No Parking signs that city workers had covered over for the holiday of Shavuot, which began Tuesday night. He went ballistic.

Observant Jews don’t drive on Shabbat or “yom tovim,” holidays that – unlike Hannukkah, say, — spring directly from Torah commandments. These include the well-known Rosh Hashana and Yom Kippur, but also lesser-known holidays like Shavuot, which was celebrated yesterday and today, Sukkot and Simchat Torah. Add them all up and you have quite a number of days of the year when practising Jews are not permitted to drive.

In Montreal, to accommodate the needs of Jews with street parking, who are not allowed to move them to the other side of the street on designated street-sweeping days if it conflicts with a Jewish holiday, the city has for the last 30 years waived restrictions on street parking for a few blocks around Orthodox synagogues. The parking signs are covered up on those days to ensure the cars are not ticketed.

Simmer down, M. Drainville. You are over-reacting and you look foolish. This situation has been stable for 30 years, and so far no Catholics or Muslims have demanded the same right.

That’s because Jewish law is singular in this respect: Jews are not permitted to “work” on Shabbat or Torah-based holidays. Lighting a fire 2000 years ago was, without matches or lighters, literally “work.” So the creation of fire is prohibited on these days. Even though turning the ignition of a car – or turning ovens and lights on and off – is not work as we understand it in literal terms, lighting a fire is an act of “creation” and therefore work for ritual purposes.

No other religion I know of embraces this odd prohibition. So M. Drainville need not fear an explosion of parking accommodation demands from Catholics or Muslims, not to mention Hindus, Sikhs, Buddhists, Raëlians or Wiccans, any time soon.

On the other hand, it is no crime to be a purist about municipal codes and the principle of equality under the law. M. Drainville may be a bit of a curmudgeon, but his irritation is defensible on narrow grounds, and to those narrow grounds may be added the fact that other people in the neighbourhood who trudge out to their cars and dutifully move them to accommodate the street sweepers as the law demands may understandably feel resentful of their Jewish neighbours who get a pass on those days.

Surely there is a compromise solution? I’m glad you asked, because I have one.

I suggest the synagogues in the relevant areas hire what used to be known as a “shabbas goy.” The Shabbas goy was – perhaps still is? – a gentile, obviously not bound by restrictions against work, who would come to the observant family’s home on Shabbat and holidays to turn lights on and off, start ovens and perform whatever other tasks were forbidden to family members. In this case the “parking goy” could move all the cars to the other side of the street whenever necessary at a nugatory cost to each individual.

Wasn’t that a simple and elegant solution? Thank you, but please no bouquets or standing ovations: Finding elegant solutions to social and cultural problems is what I do.