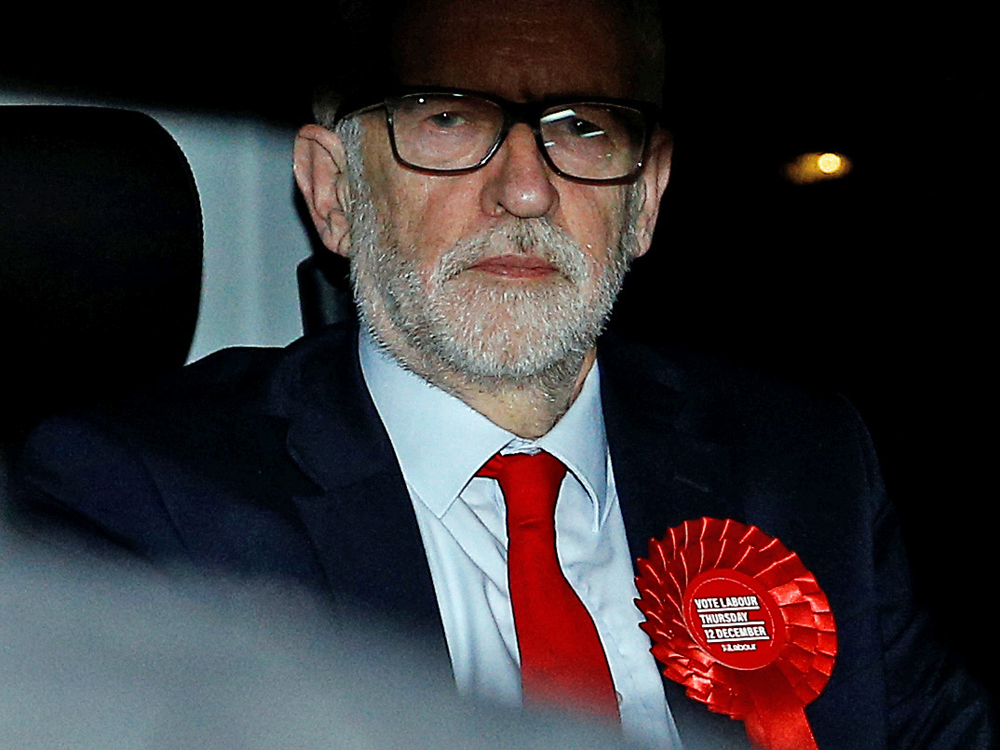 Boris Johnson’s Conservatives racked up a stunning victory in the U.K. elections, with numbers so decisive – 368 of 650 seats – we will hear no more rumblings about a “second referendum” on Brexit. You can love Boris or hate him, or struggle with mixed feelings (as I confess I do), but he now has a mandate to get Brexit done.

But I have no mixed feelings about the Labour Party’s humiliating loss, at 191 seats their lowest ebb since pre-World War Two. If ever a party leader deserved a definitive smackdown, it was Jeremy Corbyn and a victory lap is in order for democracy doing what it does best.

On seeing the results, I said to myself, “Yay!” The second thing I said to myself was, “Who will be the first to pull a Jacques Parizeau and how long will it take?” As it turned out, not long at all, and it was former London mayor Ken Livingstone who reprised Parizeau’s infamous “money and the ethnic vote” blame-shift after the Yes side’s narrow loss in the 1995 Quebec sovereignty referendum.

As soon as it was clear the U.K. Conservatives had crossed the threshold majority number of 326 seats, Livingstone announced Labour’s defeat was at least partially down to “the Jewish vote.” In fact, a Jewish population of 260,000 could not by itself have greatly influenced the result, but it is a mark of the anti-Semitic mindset to constantly exaggerate Jewish power.

Livingstone, who has called allegations of anti-Semitism within the Labour Party “lies and smears,” was himself suspended from the Labour Party in 2016 over an assertion that Hitler supported Zionism before he eventually quit the party in 2018. It was by no means his only egregiously insensitive remark. In April, he reportedly told the group Labour Against the Witchhunt that “It is not anti-Semitic to hate the Jews of Israel”.

Will Labour’s defeat and Corbyn’s likely exit from political life create the conditions for a moral cleansing of the party? Hopefully

In their own minds, Parizeau, Corbyn and Livingstone are just well-meaning politicians doing their best to serve the nation’s interests. They believe they have been martyred because of  baseless hatred from people who are not even really Québécois or English.

(I’m not being fair to Parizeau here. Livingstone has demonstrated that he hates Jews, while Parizeau was a mere xenophobe. There’s a huge difference. Parizeau didn’t hate Jews or immigrants or anglos in general. He principally saw them as a numerical federalist force standing in the way of the sovereigntist dream.)

Will Labour’s defeat and Corbyn’s likely exit from political life create the conditions for a  moral cleansing of the party? Hopefully. Meanwhile, some of us find ourselves brooding over the rise of institutionalized anti-Semitism of an atypical, more virulent kind for the English, who tend generally toward a casual anti-Semitism that is offensive, but not menacing.

For example, in 1996, when Princess Diana chose

as her divorce lawyer, the Daily Telegraph commented, “(Julius) is a Jewish intellectual and Labour supporter, and less likely to feel constrained by the consideration of fair play. ‘I’d be very worried if I were the Royal family,’ says a Cambridge don who taught him. ‘He’ll get lots of money out of them.’”

Now, you would never see that kind of stuff in any North American newspaper, much less a respected mainstream one, but this is not hatred speaking. It’s “genteel” anti-Semitism. (The Telegraph did apologize in the face of indignant response, but it’s telling that the editor didn’t see a problem with it.)

Julius went on to write an exhaustively researched history of anti-Semitism in England, published in 2010. In Trials of the Diaspora, Julius writes that although English anti-Semitism was brutal in its medieval incarnation, in the last few hundred years, it has remained widespread but relatively benign: “(The) typical English anti-Semite does not see Jews in every hiding-place and under every disguise; he is not obsessive; he is not at risk of being driven mad by his consciousness of Jews. Anti-Semitism is rarely burdensome to him.”

One might say that it is a fairly lackadaisical form of Anti-Semitism, more distrust than hatred. “Jew-wariness, accompanied by a certain disdain … is a story of snub and insult, sly whisper and innuendo,” Julius writes. The words “Jewish gentleman” are never irony-free in England.

None of the above applies to the hardcore anti-Semitism of Corbyn, Livingstone and a cadre of like-minded Labour Party MPs.

Indulgence of extreme anti-Zionism has enabled a pernicious strain of anti-Semitism to creep back into English culture. Jew hatred cannot be openly expressed, but hatred of Israel as a proxy for Jews can be. To a point, which we have, hopefully, just seen illuminated and acted upon.