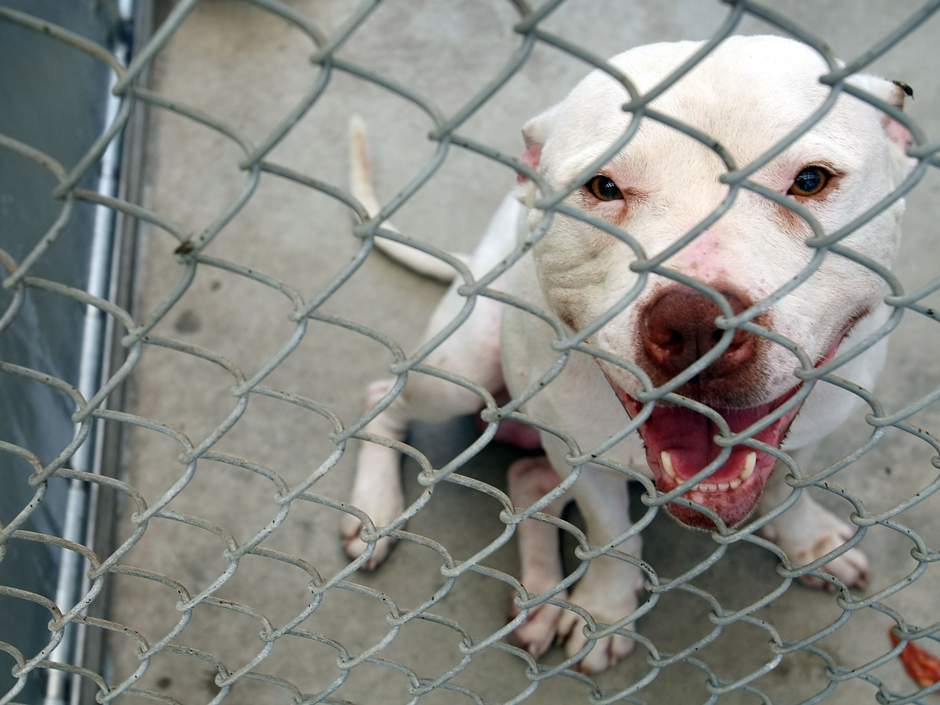 Barbara Kay: All dogs can bite, but only a few are aggressive, impulsive and seek chances to maim

Last Saturday, police were forced to shoot two aggressive “pit bull type” dogs after a “scary, traumatic” attack on a man, 66, and a woman, 25, in Ottawa’s east end Orléans area. In the mauling, the woman suffered severe lacerations to both arms, as well as injuries to her head, face, back and buttocks. The man suffered injuries when he sought to help the woman.

One witness to the assault said the dogs “would not let go.” They “were just attacking her – she was on the ground and there was blood everywhere. It was bad.” Another witness said, “These dogs were definitely in a state of survival mode or something, where they were just attacking this person.”

The dogs were not in “survival mode.” Sudden, random, unpredictable and violent attacks are the hallmarks of pit bull type dogs.

After the release of grisly news like this, pit bull apologists often rush to remind us that “all dogs bite” or claim there is a media conspiracy to publicize only the depredations of pit bulls because of prejudice against “bully breeds.”

This is nonsense. Any dog attack grave enough to require the assistance of police is duly reported. The more serious the damage, the more coverage it gets. The fact that it is usually pit bulls that are responsible for the worst attacks and most frequently occasion the need for police intervention has nothing to do with prejudice, but with reality.

The pit bull style of attack accounts for the severity of the injuries they inflict. Most dogs bite and release. The pit bull’s characteristic “kill bite” — the clamp-and-rend technique that grinds human flesh down to the bone — results in far more horrific damage than that caused by any other breed.

Indeed, a landmark study by surgeons, “Mortality, mauling, and maiming by vicious dogs,” concluded that “attacks by pit bulls are associated with higher morbidity rates, higher hospital charges, and a higher risk of death than are attacks by other breeds of dogs.”

The mantra “all dogs bite” should be relegated to the dust bin of canine history, considering what we know today about the vast gulf between ordinary “bites” requiring a bandage or a few stitches and the maulings, maimings and dismemberments that are associated with pit bull type dogs (and to a lesser degree Rottweilers) above all other breeds.

According to a review of five years of pediatric dog bite injuries at the Children’s Hospital of Philadelphia, “Five hundred fifty-one patients aged 5 months to 18 years were treated in the emergency department after suffering dog bite injuries during the study period. … More than 30 different offending breeds were documented in the medical records. The most common breeds included pit bull terriers (50.9 percent), Rottweilers (8.9 percent), and mixed breeds of the two aforementioned breeds (6 percent).”

Pit bulls and Rottweilers and their mixes, then, accounted for 65% of injuries to children serious enough to require hospital treatment, even though together they represent at most 7% of the breed population in the U.S., while 35% were spread out over 28 other breeds. Disparities like this point to genetics, not “bad owners,” another pit bull advocacy shibboleth.

So it really does not matter if all dogs “can” bite. The issue is: Which ones are genetically endowed with a “high prey drive”? Which ones are unpredictable in their impulsive aggression? Which ones seek opportunities to fight? Which ones consider biting an ongoing process rather than a single action? Which ones are difficult to stop once they are engaged in an attack? Which ones, when they do bite, cause the most serious damage?

Also worth considering: Which ones are responsible for 95% of fatal domestic-animal attacks?  Which ones are the favoured choice of dog fighters whose livelihood depends on a dog’s “gameness” – that is, a tendency, once committed, to fight to the death?

There is one, and only one breed cluster that answers to every one of these questions.

Do you want such dogs in your neighbourhood? Breed bans don’t eliminate dog “bites,” but a 2013 report on the Ontario ban (poorly enforced in some areas as it is) contains numbers indicating the pit bull ban has dramatically reduced severe injuries of the kind that just occurred in Orléans.

The propaganda mill of the pit bull advocacy movement never sleeps. Their activists pester municipal and provincial authorities to say no to bans, or to repeal those that exist, showering them with bogus “studies” written by ideologues who are in turn supported by fellow-travelling pit bull enthusiasts in the dog-care industry.

If ordinary Ontario citizens with common sense do not make their voices heard, demanding better enforcement of the legislation already in place, pit bull numbers will increase, and so will attacks on domestic animals and humans. It’s really up to you.