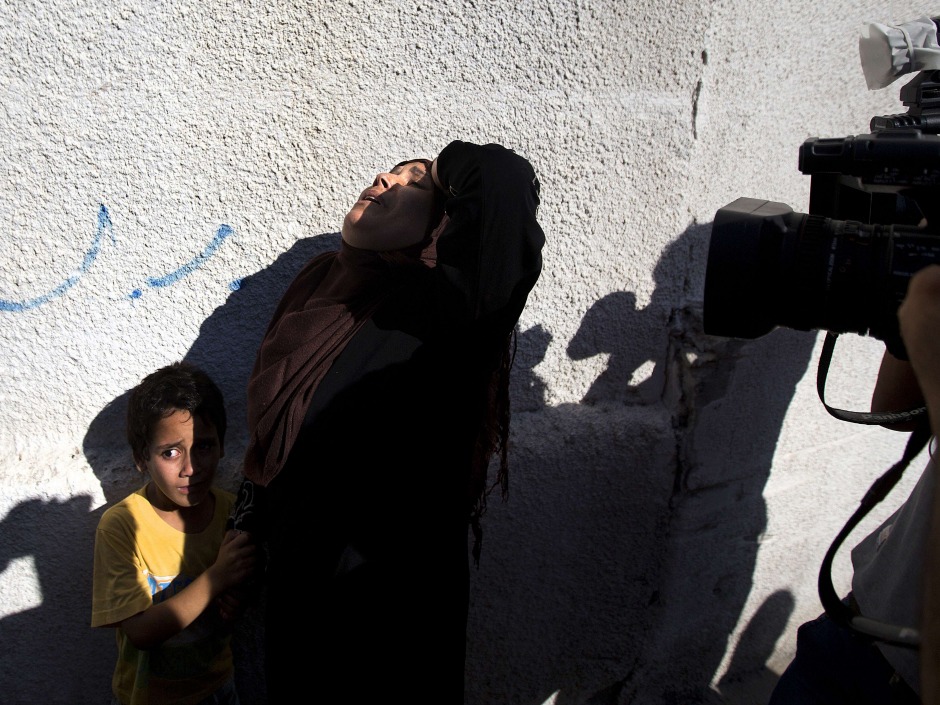 Barbara Kay: An insider’s tell-all on the media war against Israel

Exactly one AP stringer covered Syria — compared to 40 in Israel — even though more lives have been lost in Syrian violence in the last three years than in all the Israel-Arab conflicts.

In the historical scheme of things, Israel’s summer war with Gaza was small potatoes. But western media, largely critical of Israel, made a banquet of it. And in the familiar way of most western media, the main course was well-roasted Israel.

Anti-Zionists tend to dismiss such charges as conspiracy theories, pointing to the few pro-Zionist or even-handed publications they insist dominate the debate (such as the National Post). But now comes a credible media insider with evidence that isn’t so easily rebutted. Matti Friedman, a journalist and author, worked as a reporter and editor in the Jerusalem bureau of Associated Press (AP) between 2006-11. His August 26 article in Tabletmag.com, “An insider’s guide to the most important story on earth,” explains how and why so many media covering the Middle East are essentially telling their audiences that Jews are the “worst people on earth.”

Friedman begins by noting, as representative, a recent New Yorker article summing up world events over the summer. The article assigned one sentence each to the horrors of Nigeria and Ukraine, four sentences to the abominations of ISIS, and the rest — 30 sentences — to Israel and Gaza. But Friedman isn’t interested in bashing the New Yorker or any other publication. He has a bigger story to tell. And “story” is the key word, because the central Israel narrative shows little variation in mainstream media.

To measure how important a story is to a news organization, Friedman writes, look at the staffing. During his tenure at AP, there were 40 staffers covering Israel and the Palestinian territories, more than in China, Russia, India, “Arab Spring” countries and all 50 sub-Saharan African countries combined. Exactly one stringer covered Syria, even though more lives have been lost in Syrian violence in the last three years than in all the Israel-Arab conflicts.

AP staffers quickly learned the rules governing what got published. Corruption in the Palestinian Authority, which Friedman wanted to cover? The bureau chief told him that was “not the story.” But Israeli corruption was covered thoroughly. During one seven-week period in November and December of 2011, Friedman tallied 27 articles about the various moral, political, cultural and social failings of Israeli society, more than all the stories critical of Palestinian society published in the previous three years. The Hamas charter, which calls for Israel’s destruction, was never mentioned in print in all the time Friedman worked for AP.

When Israel imposed censorship, staffers could mention that, but not when Hamas imposed censorship. Friedman says that is because AP feared Hamas intimidation and acted accordingly. Friedman did, too. As an editor on the AP news desk, because of a threat to a reporter, “I personally erased a key detail — that Hamas fighters were dressed as civilians and were being counted as civilians in the death toll.”

The narrative is usually framed around an “Israeli-Palestinian” conflict in order to portray Jews as the stronger, more populous party

Most reporters in Gaza, he says, “believe their job is to document violence directed by Israel at Palestinian civilians. That is the essence of the Israel story.” The few journalists who documented Hamas rocket launches this summer were not large bureau staffers, but mostly “scrappy, peripheral and newly arrived players — a Finn, an Indian crew, a few others. These poor souls didn’t get the memo.”

Friedman wants us to understand the bigger picture most media shrink from covering. The narrative is usually framed around an “Israeli-Palestinian” conflict in order to portray Jews as the stronger, more populous party. But the real conflict is “Jewish-Arab” or even “Jewish-Muslim” — 7-million versus a billion, with Israel the weaker party — and it began long before Israel was a state.

In Friedman’s metaphor, Israel is just a small village on the slope of a volcano, and the lava pouring down is radical Islam. Israel’s sins are picayune compared to those of Islamists, but confronting reality is hard; many in the West, Friedman says, prefer “the old comfort of parsing the moral failures of Jews, and the feeling of superiority this brings them.”

This lucid article should be distributed to idealistic but naïve journalism students. It took character and integrity to write (whatever his career ambitions are, I daresay his options are now radically limited). If nothing else, Friedman effectively puts paid to the real media-bias conspiracy theory that the Zionists (i.e. Jews) “control the media.”