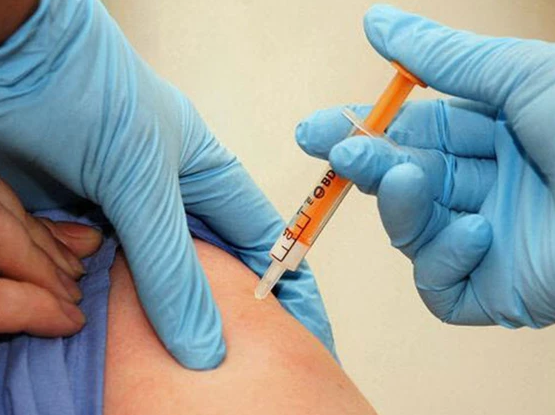 Barbara Kay: Boosters are a good thing. Not confirming the dosage in writing isn't

Got your booster shot yet? Mine is scheduled for Dec. 20. My first two were Pfizer, but this time it will be Moderna which, unlike Pfizer’s booster, comes in two strengths — full and half doses. (Moderna did a clinical trial with half doses for children under 12, but then concluded that a half dose was also sufficient as a booster for healthy adults, offering likely reduction in post-jab soreness and feverishness. Elderly adults like myself, as well as the immunocompromised, will receive the full dose.)

After I get my shot, I will be sent a vaccine certificate, as with the two previous Pfizer shots in March and June respectively. A week ago, it wouldn’t have occurred to me to verify if the booster certificate recorded the dosage. But having learned a thing or two on that subject in the past week, I’m curious to know if Quebec’s software conveys that information. Because I am now aware that In Ontario, although the certificates for the first two shots include the dosage, the booster certificate doesn’t.

And thereby hangs the following tale.

Dr. Robert Wittes recently retired from the practice of Family Medicine. He had spent much of his earlier career in his other specialty of Public Health. From 1988-91, Wittes was Chief of Tropical Health and Quarantine at Health Canada’s Laboratory Centre for Disease Control, where he founded CATMAT (the Committee to Advise on Tropical Medicine and Travel). He then spent a decade as medical clinical director for the vaccine manufacturer Connaught Labs (now Sanofi Pasteur). As part of his research there, he conducted clinical trials to optimize the dose of the BCG tuberculosis vaccine that is now used to treat superficial bladder cancer.

In both positions, the acquisition and analysis of high-quality mass data was a crucial part of his mandate. So Wittes is well placed to understand the importance of recording a vaccine dose: not only for the individual patient’s own guidance in medical planning, but for public-health analyses of administrative data: both for studies of efficacy and for safety studies with respect to rare vaccine-associated adverse events.

Having received two Pfizer shots last winter, Wittes, now 70, with a family genetic history that gave him an elevated risk for severe symptoms if he contracted COVID-19, requested a full dose of Moderna. He received this booster on Nov. 13 at the Maple Community Centre within the York Region Public Health Unit (YRPHU) in Ontario. But he has no written record of the dosage, as it was not included on his certificate of vaccine. So far he has been frustrated in his efforts to acquire it. Efforts, I can attest from the evidence Wittes provided to me, that have been exhaustive.

Wittes reached out, variously by telephone, text and email, to: the Provincial Vaccine Contact Centre, which has a single 800 number for the public; the YRPHU; two medical directors of Ontario Health; a representative from the software company that established and maintains the software, COVaxON; Provincial Chief Medical Officer of Health Dr. Kieran Moore and Associate Medical Officer of Health Dr. Barbara Yaffe; and Ontario Minister of Health Christine Elliott and her Director of Pandemic Response Kevin Lass.

Those he was able to reach by telephone, Wittes told me, were either indifferent, unhelpful or downright hostile (as in the case of two different nurses at the 800 number). Those to whom he sent formal emails either did not respond, or (as in the case of COVaxON) responded with boilerplate messages about privacy that had nothing to do with his pointed, detailed and courteously crafted requests.

Those he was able to reach by telephone, Wittes told me, were either indifferent, unhelpful or downright hostile

The nurse Wittes reached at the YRPHU assured him that the vaccine receipt (as contrasted with the certificate) did list the Moderna dose that he was given. She explained that these receipts were not provided to patients, but under the circumstance, she would mail his receipt to him; she did, and the receipt, like the certificate, also does not list the dose. Indeed, after all of his investigations, Wittes still does not know if the Ministry of Health records the dose of booster shots.

Wittes believes that he and his treating physicians should have a written record of the dose of Moderna that he received. These results are after all, his own history, and therefore his property. As it stands, the only reason Wittes is absolutely sure he received the full dose is because he literally requested that the nurse injecting him show him the full syringe (which contained 0.5-ml of vaccine) before jabbing him, something most lay people would never dream of doing.

Dosage inclusion is basic medical policy. College of Physicians and Surgeons of Ontario guidelines state: “Physicians must ensure that the following information is included on every written or electronic prescription: the name of the drug; the drug strength and quantity.” It is especially important, since vaccine dosages may change as different variants arise.

Preventing rare but grave adverse reactions depends on meticulous data collection. Conversely, it is only such data that can inform the world as to whether a given type and dosage of vaccine is effective against circulating COVID strains (as Israel has provided). In this case, it is likely a software-creation oversight that could be fixed very quickly. If that is the case, the response of the COVaxON representative to Wittes’s good-faith inquiry may be considered especially reprehensible.

You should not be reading Dr. Wittes’s story here. In a patient-centred system, any ordinary individual is entitled to expect that a legitimate concern will be heard and taken seriously by a minimum of one actor in the food chain. That the highly-informed Dr. Wittes, with his distinguished credentials and history in public health, could not command an iota of respectful attention from the lowliest to the loftiest of tax-funded staffers and office-holders in the system, does not speak well for Ontario’s Ministry of Health.

If political leaders on this file wish to encourage public trust, a good place to start would be a directive from the top to those on the communications ladder below them, reminding them that citizens’ medical records are their property as well as the state’s, and that individuals are owed accountability for demonstrable errors or omissions that are brought to their attention.