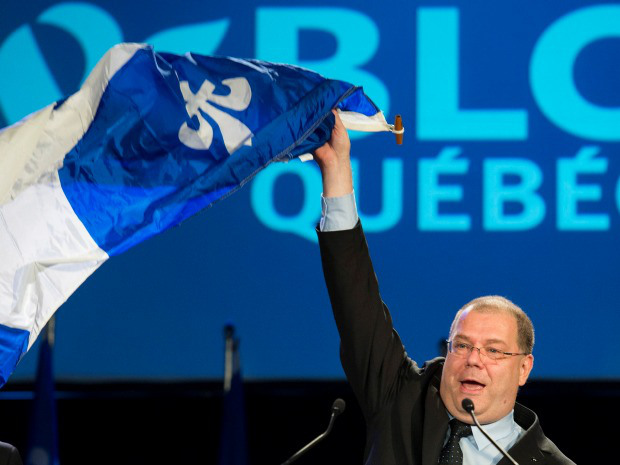 With polls pointing to a very close vote in Scotland’s referendum on independence, some Canadian pundits are nervously contemplating the effect on Quebec nationalism if the Yes side should win there. Logically, it should have no effect at all, for as several observers have pointed out, Scotland and Quebec have almost no political or historical points in common. Of course logic has never been the strong point of any fervent nationalist movement, so a win for Scotland could indeed serve to rekindle a glow in Quebec’s now-banked fires.

Personally I think Belgium is the country to watch in terms of possible break-up and its effect on Quebec.

In Belgium, there are two linguistic communities with a history of tension, just like in Canada: the French in southern Wallonia and the Flemish, whose language resembles Dutch, in northern Flanders. Only Belgium’s capital, Brussels, is bilingual. Each collective votes for its own politicians from its own political parties, as though they were distinct countries already. A complex system decides which of the winning parties will lead the country.

The winners in Belgium’s last election, the conservative Flemish N-VA (“New Flemish Alliance”) resemble Quebec sovereigntists a lot more than Scottish ones do, in that the Flemish are a small people with a fragile language as in Quebec, and this party is fueled more by animosity for the “Other” than by a simple wish to throw off unnecessary political shackles. They don’t like Belgium as it is for reasons based in ethnic nationalism, just like Quebec.

The leader of the N-VA, Bart de Wever, a former academic and also the mayor of Antwerp, is not exactly a secessionist, but only because polls don’t show enough support for it (about 15% of the Flemish support separation). Nevertheless, he is forthright about his lack of enthusiasm for Belgium: “It is a nation that has failed,” he has said. What he proposes is a form of slow national suffocation through a system called “confederalism,” which would involve a steady devolution of powers to Flanders and Wallonia until finally there is no longer a need for a national government at all. Sound familiar?

Like Canada, Belgium is a fairly young country, formed as a deliberate attempt at nation-building rather than evolving organically. In 1830, after a long period of Protestant-Catholic tensions, the bicultural state headed by a monarch – Leopold I – was created as a solution (then, nation-states were thought to be the cure for all ethnic tensions). It was assumed that an enlightened constitution and freedom of religion would be a strong enough foundation for success. French was the official language of civil and military functions, which pleased the French elites, but did not sit well with the Flemish majority, most of whom were working class, and eked out livings in coal-mining Wallonia.

Linguistic tensions ratcheted up with World War One. Those giving the orders were French, those (mostly, about 70%) dying were Flemish (who sometimes did not understand the orders they were given). Overt flirtation with separatism took hold. Like French-Canadians in the 1930s, some Flemish nationalists demonstrated sympathy for the Nazi side.

Like Canada, Belgium’s two linguistic groups lead quite separate cultural lives. Each side has its own newspapers, schools  and entertainment celebrities.

A major difference between Belgium and Canada is Belgium’s convoluted system of government, with parochial political parties campaigning only in their respective linguistic jurisdictions (rather as if all the Bloc Québécois were the standard for all parties). It is so cumbersome it can become dysfunctional, to the point that Belgium recently went 541 days without any government at all. The country might have imploded, but King Albert II used his considerable political capital to effect a smooth transition back to normalcy (Belgium’s kings have historically wielded broad powers, sometimes for bad – think Congo – this time for good). Albert then abdicated, and it is now up to his spotlight-shunning son King Philippe, installed in July, 2013, to play doctor to his ailing country. Even the best bedside manner, however, may not be able to save a country this riven by tribalistic antipathies. The only viable solution may be amputation.

Or, as the N-VA prefers, suffocation. As de Wever put it, speaking of his preferred model of confederalism, “Belgium will be snuffed out slowly…like a candle, barely noticed by anyone.” Before Philippe Couillard’s Liberal Party election victory in April breathed new life into the ideal of Canadian unity, that seemed to be exactly what was happening in Quebec. Except for the part about nobody noticing.