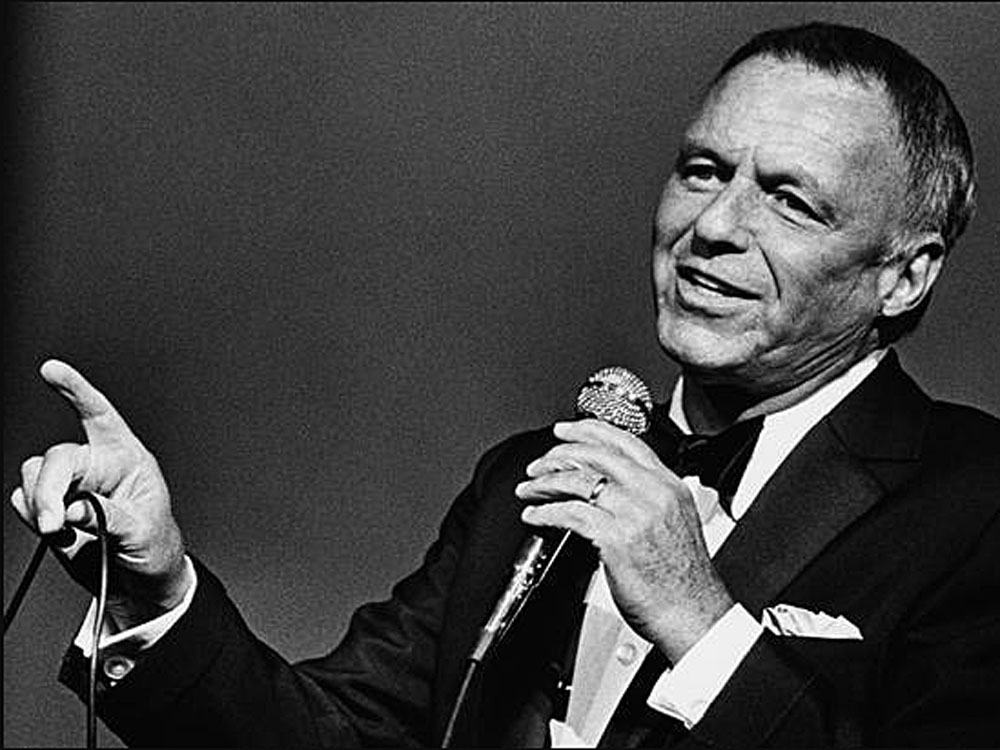 Barbara Kay: Confessions of an underperforming grandmother … ‘Regrets, I’ve had a few’

'My Way' became Frank Sinatra's signature song after he recorded it on December 30, 1968.

I’m at the age (considered significant if you believe Hallmark) where, when I hear Sinatra singing, “Regrets, I’ve had a few …”, I feel myself nodding where I used only to hum along.

So regrets, yes, I’ve had a few — and not too few to mention, either.

I should, for example, have lived alone, even for a few months, in my own pad somewhere between the family home and the marital apartment. I would then have learned what a “budget” was, and how to cook, instead of having to learn both by trial and humiliating error.

I should not have listened to my new friends in Montreal, when I moved here from Toronto as a bride, who told me that one could get along fine with only high school French. (I finally achieved competency but never the fluency I could have had if I’d applied myself from day one.)

I should have travelled more.

I should have taken up a hobby of some kind. I have no hobbies but reading, which is always a welcome respite from social life, but never an actual substitute for social life. This could be a problem if I fail to die first as I predict I will, based on family history, but I try not to think about that.

On to my most embarrassing regret (or perhaps I should call it a failure to predict): I am a barely adequate grandmother, rather than the amazing one I assumed I would be. Interestingly, as I have discovered, while love for one’s grandchildren comes easily, what one is prepared to do to express that love can be wildly variable.

I should preface my “confession of an underperforming grandmother” with the explanation — in no way meant as a justification — that two of my grandparents were dead before I was born, and my relationship with the remaining two, both grandfathers, was approximately nil. The one in Toronto, an immigrant from Poland, had never learned English, and the other, in Detroit, I only saw on ritual occasions like Passover, when he was preoccupied with his ceremonial duties and too abstracted to focus on his gathered brood of grandchildren in any individual way.

So when I hear young people speaking in loving tones of their real and deep relationships with their grandparents, I have no visceral appreciation of what they are talking about. With no role models of my own, I have had to make it up as I go along. And, insecure as I am on this front, I am not helped by having friends who have taken to grandparenting as ducks to water, and whose interaction with their grands in time and energy puts me utterly to shame.

One very dear friend, for example, who now has 13 grandchildren — all her five children have produced two or three children each — spends quality time with every one of her grandchildren (even though this means yearly trips to New Zealand for one batch). She travels with them, takes them to museums, teaches them to bake, invites them for sleepovers, plays board games with them, does jigsaw puzzles with them, cooks vegan for the vegans, vegetarian for the vegetarians, and beef for the carnivores. She also buys birthday and Hannukah presents for them months in advance, and keeps them in a special cupboard. She knows what children like and what is trendy. She Facetimes with them and, with one adolescent grandson, is slowly making her way through companionate readings of all of Shakespeare’s tragedies.

Strangely, they seem very fond of me anyway. They love my chicken soup. And a few weeks ago, while chilling out together in their home, I led my Montreal grandchildren, 12 and nine, in a discussion of various topics that wandered hither and yon, after which the younger one stated, with a hint of awe, “Bubbie, you can make a conversation out of anything.”

That was priceless. But it was dwarfed on my significant birthday when the same grandchild presented me with a bracelet she had chosen and which we both agreed was “me,” and with it her beautifully handmade card, inside of which she had written, “When I grow up, I want to be just like you.”