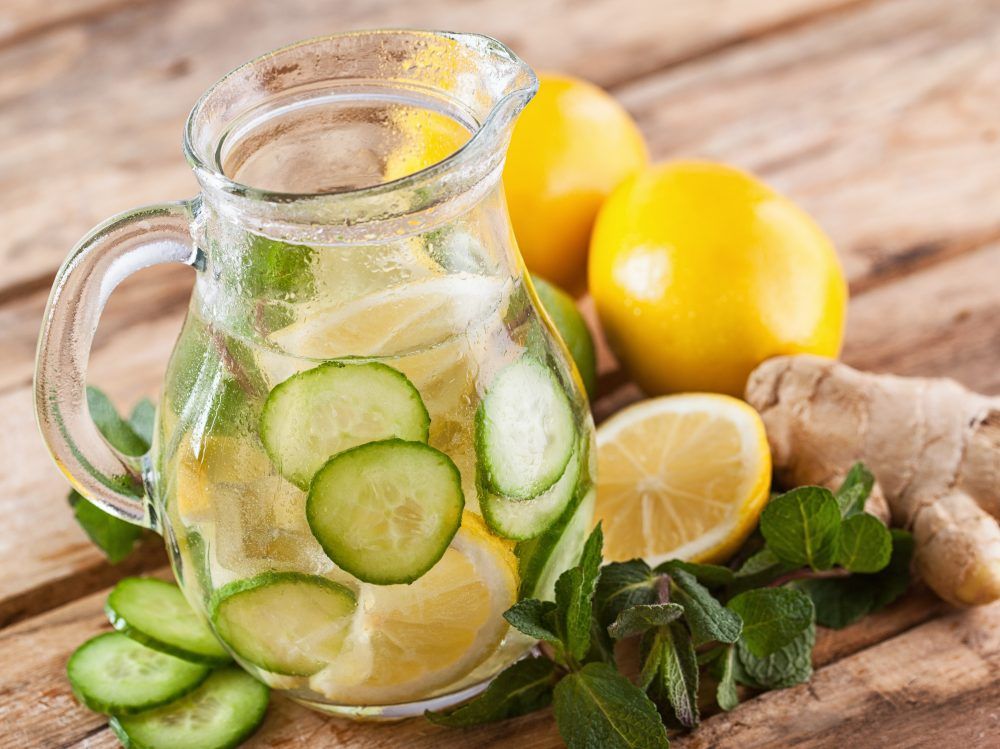 Barbara Kay: Do none of these Edmonton ingrates realize how much fresh lemons cost?

One glass of lemon water has caused quite a stir.

The world is going to hell in a handbasket, as we know, but to preserve our sanity we must periodically step back from the sturm und drang of hard-core news, without entirely depriving ourselves of food for thought. A good way to do that is to focus our attention on some of life’s more picayune issues.

Picayune-issue wise, you can’t do better than the story of New York Bagel Café, in Edmonton’s Old Strathcona neighbourhood, which last week was deluged with complaints, some hateful, after irate customer Kim Nguyen, bitter at having been charged $3.50 for an order of hot water with lemon following brunch, posted a negative review of the restaurant to Facebook. The post went somewhat viral with more than 500 comments, over a 1,000 shares and redirects to sites like Yelp and TripAdvisor.

The restaurant, for its part, was none too pleased about the altercation prompting the Facebook post, which did not go smoothly. Nguyen told them she wasn’t coming back, and they told her she wouldn’t be welcome if she did. “That customer brought a lot of anger to our little restaurant,” said one café employee.

I don’t like being ripped off any more than you do, Reader, but restaurants work hard to stay afloat. Did they deserve this aggressive blowback?

Arguing for the Café, I note that when Nguyen complained about the lemon water, she was already upset with the restaurant’s “insane” prices — $20.50 for a two-egg classic, $18.50 for an artichoke platter, $4.50 for coffee. So she knew it was an upscale noshery, and she freely chose to eat there.

As for her complaint about being “charged for hot water,” that wasn’t the case, since the server made a point of asking if she wanted lemon with the water. It was clearly the lemon that activated the charge. Otherwise, the server would simply have brought the water with lemon on the side, just as sugar and cream is brought with coffee, even if one drinks one’s coffee black.

In Nguyen’s support: it is unusual for restaurants to charge for lemon, so the server should have provided that information, unprompted, to give Nguyen the option of free lemonless water. Moreover, the manager’s excuse to Nguyen — that the “coffee machine works hard to make the hot water” was risible. The machine “works” all day anyway.

A better excuse would have been the cost of lemons. Even half a lemon is costlier than a tea bag and all restaurants charge for tea. Come to think, what is lemonade but water, lemon and added sugar? Sugar costs next to nothing in such quantities. Yet one pays the same for lemonade in restaurants as one pays for a soft drink, and more if they advertise that it is made with real lemons rather than a mix.

Human nature is the real problem here. Once people feel “entitled to their entitlements,” even when there is a good reason to withdraw them, people may react with anger. In addition, people quite reasonably hate being nickle-and-dimed when they are paying up in order to enjoy a good restaurant’s special vibe. Furthermore, when a restaurant offers diners something for “free” — most franchises offer free refills on soft drinks, for instance — people will overlook high food prices.

The Café is guilty of ignoring these basic truths about human nature. They should not have charged for the lemon water. But if their profit margins are so low they really feel a charge is necessary, incrementalism is key. They could begin by charging a dollar for the added lemon, with their menus noting the additional charge. A dollar is not sufficient to stimulate Facebook-worthy anger. Gradually they might increase that to two dollars (but no more). Then people would accept it in the same way as they did the gradual rise in tipping percentages from 10 per cent back in the day to upwards of 20 per cent today.

Full disclosure: I am a coffee drinker. My husband drinks copious amounts of hot water and lemon. That means when we eat out, my coffee is added to the bill, but there is no charge for the hot water, even though my husband always specifies that he would like a whole lemon with the water, and furthermore “cut into quarters, not sliced.” So far, not a single restaurant we frequent — posh or franchise (special tip of the hat to you, St Hubert Chicken) — has balked at the request. And not a single one of the lemon-providing restaurants we frequent has gone out of business on that account.

The sour taste of sucking up lost revenues may pucker their corporate lips, but it’s the only way for the New York Bagel Café to make lemonade from this particular public-relations lemon.