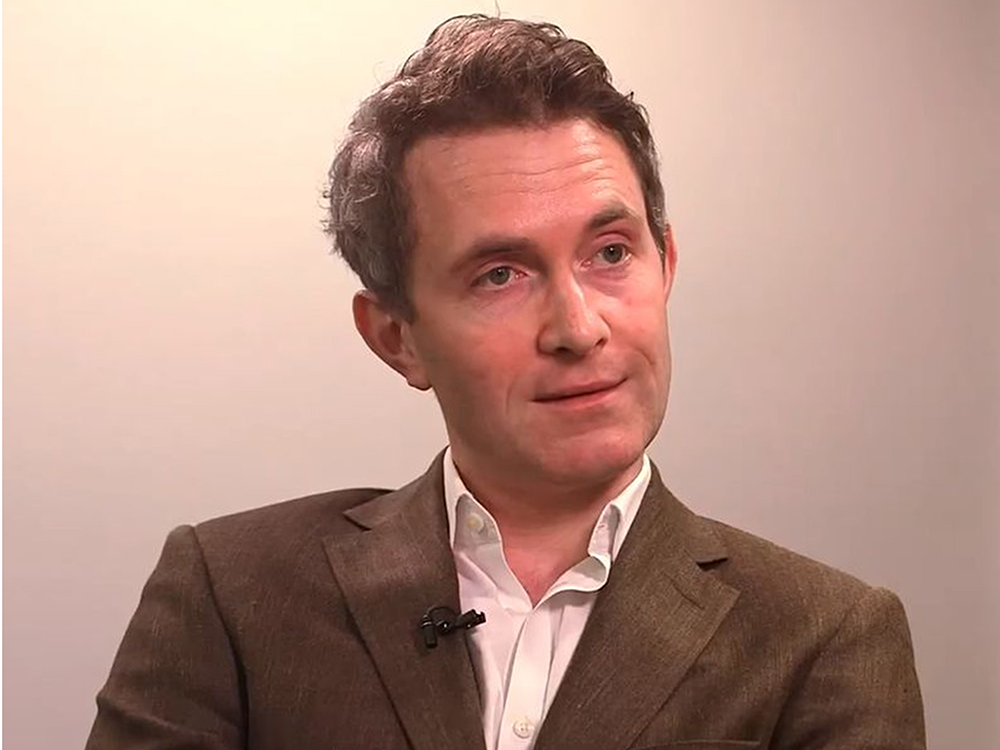 Barbara Kay: Douglas Murray is a writer who says what the rest of us would like to

British intellectual Douglas Murray, the author of The Madness of Crowds: Gender, Race and Identity.

London-based public intellectual Douglas Murray is in Montreal this week to promote his new book. I was afforded the luxury of a rambling conversation over coffee with him about The Madness of Crowds: Gender, Race and Identity.

Murray shot to international celebrity with his powerful, if depressing 2017 book, The Strange Death of Europe, which opens with the words, “Europe is committing suicide. Or at least its leaders have decided to commit suicide.” Joining frontline reports from unpleasant way stations in the 2015 migrant crisis to insightful analysis of the West’s present malaise, Murray painted a gloomy picture of continental passivity in the face of momentous cultural change.

Europe is committing suicide. Or at least its leaders have decided to commit suicide

In The Madness of Crowds, also inspired by the West’s loss of a “grand narrative,” Murray applies his formidable exegetical skills to the proliferation of identity politics “tripwires” that corrode civic life and wreak havoc with individual lives.

Murray writes: “The interpretation of the world through the lens of ‘social justice,’ ‘identity group politics’ and ‘intersectionalism’ is probably the most audacious and comprehensive effort since the Cold War at creating a new ideology.” Christianity has been spurned, but the religious impulse is inherent and abhors a vacuum. The “religion” of social justice, Murray observes, poured itself into the handy campus vessel of Marxism with remarkable speed.

One of the hallmarks of Marxism – not a bug, but a feature – is its ruthlessness. I was particularly struck by Murray’s quite poignant chapter, “On Forgiveness.” Normal religions offer redemption to sinners. But there is no forgiveness or statute of limitations for thoughtcrimes in the religion of social justice. A mural of Rudyard Kipling’s “If” – voted Britain’s favourite poem – was painted over at the University of Manchester in retroactive punishment for Kipling’s now politically incorrect views on empire. The past, Murray says, is “hostage — like everything else — to any archeologist with a vendetta.”

The past, Murray says, is 'hostage — like everything else — to any archeologist with a vendetta'

This new religion gives permission to those of “oppressed” status — women, people of colour, indigenous peoples, LGBTQ — to hate their oppressors: heterosexual white men, racists, transphobics. (Gay himself, Murray refuses to play the LGBTQ card as the sole, or even most important marker of his humanity.) For many unlucky people, a silly joke tweeted, an incorrect opinion on Facebook or an inadvertently touched knee can be the kiss of death to career and reputation. Murray provides plenty of examples of good people cut down without mercy — indeed with unseemly relish — by relentlessly vigilant activists.

Toby Young, for example, once divided his time between journalism and the New Schools Network, where he worked to help disadvantaged children get a better education. Long story short, a few naughty references to “boobs” on Twitter, excavated by the usual suspects, lost him a government appointment and all his writing gigs in a fusillade of opprobrium. Too good a mind to waste, Young is now the U.K. editor of Quillette magazine, “a platform for heterodox ideas,” ironically one of several excellent magazines that have sprung up in a polemical resistance movement to cancel culture.

In fact, Murray muses during our chat, “It’s a good time for someone who’s got an appetite for writing. If they think writing is a way to pursue truth — this is a great time. We live in an incredibly target-rich environment.”

I asked Murray if he followed news of Canada’s more egregious cancel-culture incidents. Yes, very much so. And he had some trenchant words of advice for us.

“Canada doesn’t look good (internationally) at the moment. It’s repeatedly throwing up more hostile battles in this area than your population size would demand. In Canada it looks from outside like there’s an adult deficit. A serious lack of adults.

“Who the hell had ever heard of Wilfrid Laurier University before? This is a third-rate university by Canadian, let alone international standards. Now everyone knows of Wilfrid Laurier because of the lack of adults on the campus, and the fact they were bullying (Lindsay Shepherd).

“What does the Meghan Murphy (story) look like to outsiders? It looks like trans activists hate women — hate them — can’t bear them — find women disgusting. That’s what we see going on. We see people born women being bullied. This doesn’t look like social justice. This looks like mob activism against women. Can Canada protect women? Is Canada interested in protecting women? These would be good questions to ask of your own society.”

In The Madness of Crowds, Murray cuts through the doubt-sowing incoherence of social-justice babble to say — eloquently — what 95 per cent of us believe, but have been made fearful to say aloud. Read it. And welcome to the Resistance.