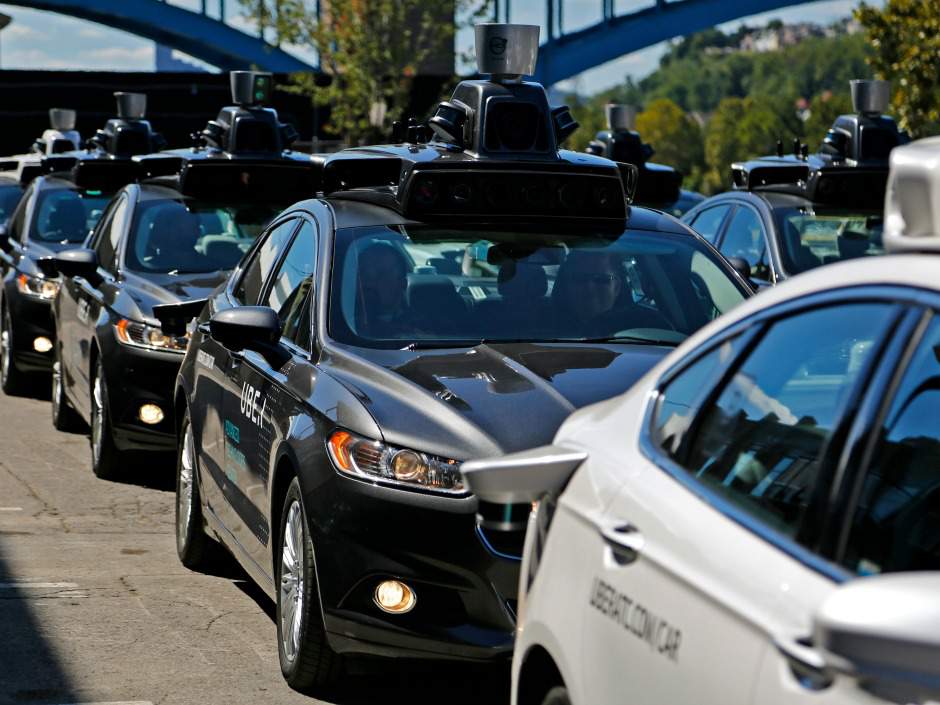 Barbara Kay: Driverless cars are coming — but what about the fight for the right to drive your own vehicle?

A group of self driving Uber vehicles position themselves to take journalists on rides during a media preview at Uber's Advanced Technologies Center in Pittsburgh, Monday, Sept. 12, 2016.

Since 1982, alcohol-related fatalities in the U.S. have come down 52 per cent overall, and 79 per cent for drivers under the age of 21. What should be cause for satisfaction, however, has been overtaken by what economists call technological biteback, what happens when tech innovations improve our lives but also bring “grim and often unanticipated side effects.”

I refer of course to the toll on the roads being taken by distracted driving, which according to insurance site rates.ca, accounts for eight out of 10 vehicle collisions in Canada. The question of what to do about distracted driving is therefore a full-blown preoccupation in the national forum, which is why the National Post just devoted a week’s worth of investigative journalism to the issue, featuring heart-rending stories of easily preventable distracted-driving tragedies.

It’s rather eerie to see how distracted-driving delusions parallel the once-familiar mantras of driving drinkers. According to a recent U.S. survey by the National Highway Traffic Safety Administration, “20 per cent of drivers age 18-20 said texting does not affect their driving, and nearly 30 per cent of drivers ages 21-34 said texting has no impact.” Been there, heard that before. Too bad we can’t raise the texting age or invent “type-alyzers.” We’ll have to rely heavily on education.

Shocking but sobering TV ads, disseminated on social media, are targeting at-risk groups. But will they work? Educating and shaming people into compliance on distracted driving will be a far more difficult task than it was with alcohol, it seems to me, because alcohol and guilt have always been secret mental sharers, while texting is just (normally) innocent conversation.

But hang on! There is something we can do, and that is to double down on the mass production of driverless cars. We know they are coming. So far there have been a few glitches — a few crashes and cars driving the wrong way on one-way streets — but that’s par for the course in any technological advance. Indeed, if every car on the road today were replaced by a driverless car in its present imperfect state, statistical harm reduction would be significant. What could possibly go wrong, from a public safety perspective, once they are mostly glitch-free and a critical mass of car buyers choose to go driverless?

In an amusing, but pointed, article in the Weekly Standard last October, Josh Gelernter tells us exactly what could go wrong, broadly hinted at in the title: “A right to keep and drive cars? We need a new second amendment.” That’s right. Gelernter foresees a day in the not-distant future when, the data clearly indicating the vast reduction in accidents entirely due to the absence of human error, the “right” to drive your own car may come into question.

The arguments will be entirely reasonable, Gelernter says. We legislated insurance, catalytic converters, seat belts and airbags. Legislating computers onboard seems like a no-brainer. No need to be draconian. Human-driven cars can be grandfathered, but new ones could be banned. Trauma surgeons will jump on that bandwagon, and they will be followed by “a senator from California or Delaware or Vermont, who will give a press conference at which he will hold up the photos of teenagers killed by distracted drivers. Their mothers will stand on either side of the podium.”

A wave of public support would build. Some city centres would give it a trial run, and when that worked out, a few stretches of highway would follow. Naturally the statistics will glow beside the norms of human-driven cars. An editorial in The New York Times will appear: “When will we admit humans shouldn’t be allowed to drive?”

The really funny part about this article is that, although it is clear that Gelernter is appalled at the idea of compelled automation in driving, I found myself taking his sarcasm at face value. He persuaded me that legislating against human-driver cars on public-safety grounds is a rather attractive idea, the opposite of his intention. Indeed, by likening the right to drive to the right to own a gun, he only convinced me that if the Founders had been clairvoyant, they would have rethought the Second Amendment.

Entrenching the right to drive may be an argument that appeals to independence-focused Americans, but it is lost on this docile, risk-averse Canadian. I am happy to privilege road safety, and the freedom to text, read, daydream or nap over the God-given right to have my cold, dead hands gripping the wheel when the Jaws of Life pry me from the wreckage. No steering wheel, no wreckage: it seems a fair compromise to me.