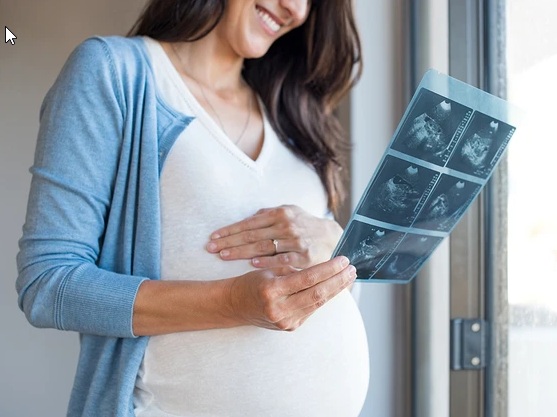 Barbara Kay: Following the science in the controversy over when you became you

In the abortion debate, the question of when life begins is no minor quibble

One of the great pleasures of a second pregnancy is telling your first child that he or she is to have a sibling. Anticipated questions bubble up. How did the baby get in there? Can (s)he see me? The child may start talking to the baby by name (real or invented).

If the child is old enough to understand — say six or seven — the gift of an illustrated children’s book explaining the coming baby’s journey from embryo to birth can be just the thing to accompany the revelation —or of course to explain any child’s personal journey. For either purpose, I recommend the recently published When You Became You, by authors Brooke Stanton and (Canadian) Christiane West, a slim hardback that tells this story simply but concretely.

The illustrations are simply gorgeous. I would love to credit the artist, but her name is nowhere to be found on or inside the book. I’ll explain why presently.

I would love to credit the artist, but her name is nowhere to be found

The book began as a science lesson. Stanton was approached by an elementary school to cover the topic because, she was told, there was no secular resource available that wasn’t skewed, however subliminally, away from scientific accuracy and toward pro-choice advocacy.

For example, one of Planned Parenthood’s sex-ed partners, Advocates for Youth, whose comprehensive curriculum serves two million students in 50 school districts, distributes lesson plans on reproduction for middle schoolers. An introductory lesson states, “The fertilized egg then keeps going and, if it implants into the wall of the uterus, it becomes a pregnancy. If it doesn’t, it results in a menstrual period.”

This is scientifically inaccurate. Pregnancy begins with fertilization in the fallopian tube, not implantation in the uterus, and so say 5,353 of 5,577 biologists consulted in a peer-reviewed University of Chicago study (the majority of the sample identifying as liberal, pro-choice and non-religious). In the abortion debate, the question of when life begins is no minor quibble, I assure you. “Emergency contraception” — any drug or device that prevents implantation of a fertilized egg, i.e. a pregnancy — is used by one in four sexually active American women aged 20-24. Manufacturers of these products profit from widespread belief in the “implantation” canard that encourages women to believe they are merely eliminating inanimate tissue.

Pregnancy begins with fertilization in the fallopian tube, not implantation in the uterus

The authors of When You Became You are co-founders of Contend Projects, which describes itself as a “secular, nonpartisan, science education nonprofit with the mission to spread accurate information and awareness about the biological science of human embryology and when a human being begins to exist.” The site is chock-a-block with useful science-based material.

I sympathize with their mission. Not because I am ideologically pro-life (I’m not). Only that I favour informed consent in all ethics-related decisions. And deplore any systemic dumbing down of such decisions’ gravity through pedagogical misdirection.

In an email exchange with the authors, they told me their organization is active on social media, where they have discovered that many young people believe an embryo is just a “clump of cells.” They have never heard, for example, of the 23 “Carnegie Stages” of embryology, the “gold standard” for accurate scientific facts in the sexual reproduction cycle of life, which in rudimentary form provide the plot line of When You Became You.

I favour informed consent in all ethics-related decisions

The book did not strike me as in any way controversial on a first, casual reading, but during a more focused re-read, the charged word — “human” — jumped out at me: “It does not matter … what you look like … Or even if you aren’t born yet. You are a human being”; “And from the moment your life begins, you are the same human being throughout your entire life”; “Just like you used to be a toddler and an infant, before that, you used to be a fetus, and before that, you were an embryo”; “A human fetus … is simply a special name that scientists call a pre-born human being from nine weeks until birth.” Well, you can see why this book has ruffled some progressive feathers.

Stanton and West worked with their China-based, best-selling illustrator over a period of months, with her name on the cover throughout their collaboration. But when the author/publisher of her previous books got wind of the project, her American representatives told the authors they had to pull the illustrator’s name, as it was too “controversial.” Since they couldn’t acquire the high-resolution images they needed otherwise, Stanton and West agreed. A shame because, as noted, the illustrations are magnificent.

The book launched in November. The first printing has sold out and a number of schools in the U.S. are using it. West informs me that only 34 per cent of Canadians believe life begins at conception. Hopefully, When You Became You will find its way to many Canadian homes (maybe even schools?) and help to nudge those numbers upward.