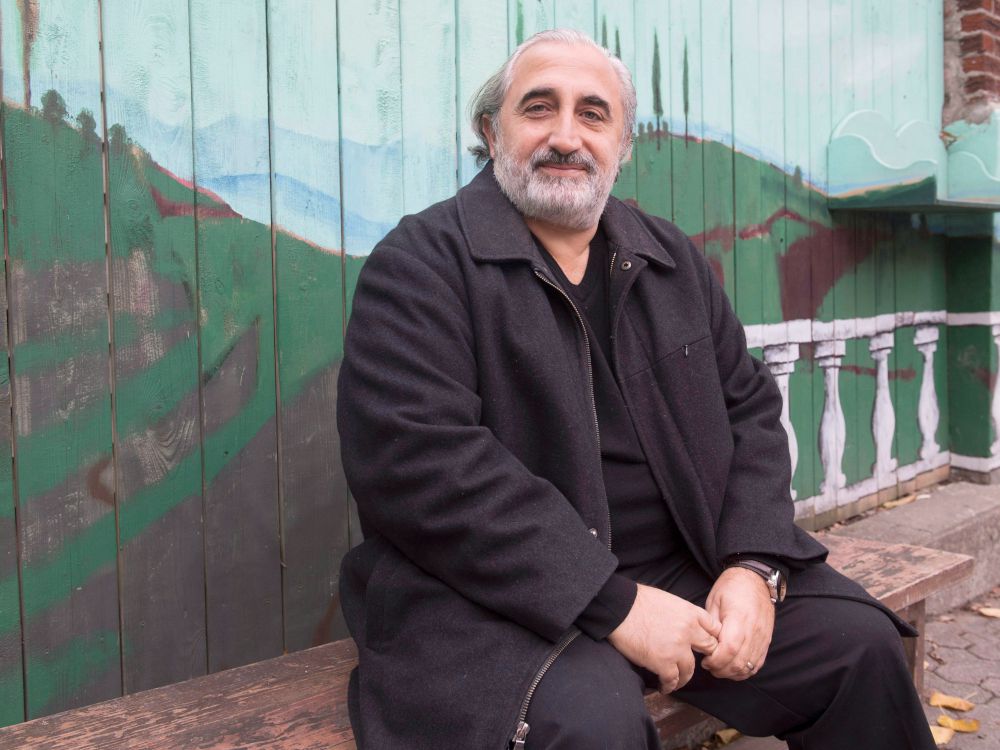 He's one of the few academics who understands the absolute necessity for critical thinking and freedom of speech, and is willing to fight for them

A keen American observer of the human condition once described his rhetorical vocation as, “Standing off on the sidelines, viewing the various public escapades — political, cultural, social — and calling out with some regularity, ‘Bulls–t! Bulls–t! Bulls–t!’”

Although one could never describe Canadian academic and public intellectual Gad Saad as “standing off on the sidelines” — Saad is a commanding presence in every polemical arena you can think of where political correctness is at issue — I daresay the rest of the quotation would find favour with him as a synopsis of his role in the culture wars over the last two decades.

I will have the honour of introducing Saad next Wednesday for Montreal’s Jewish Public Library, where he will speak about his 2020 book, “The Parasitic Mind: How infectious ideas are killing common sense.” As is often the case with Saad’s public appearances, voices of protest were raised, this time by LGBTQ activists hoping to have him deplatformed for his alleged transphobia (next time it could be Muslims; he is tough on Islamism). They were, thankfully, unsuccessful.

Saad, 57, is a professor of marketing at the John Molson School of Business at Montreal’s Concordia University. His domain is evolutionary psychology as applied to business — a niche field, to be sure. He’s written such papers as “Gender differences in information search strategies for a Christmas gift,” and “Menstrual cycle effects on prosocial orientation, gift giving and charitable giving,” which provide valuable information to guide marketing strategies.

You’d be hard pressed to find any academic in Canada who’s more deeply steeped in knowledge about the ineluctable differences between the sexes. (Speaking of “the sexes,” business schools may be the last places left in academia to use those words to designate men and women and acknowledge their differences. Perhaps because their students want to succeed in the real world.)

Saad also blogs regularly for Psychology Today, where his writing is more informal, infused with the edgy satirical humour he features in his “SAAD TRUTH” YouTube videos (216,000 followers), on Twitter (328,000-plus followers) and in his frequent appearances with alpha podcasters Joe Rogan, Jordan Peterson and Dave Rubin.

As a self-described “professor for the people,” Saad loves the rough and tumble of social media. The arrogantly bruited ignorance on Twitter activates his “inner honey badger” (a small but fierce mammal that has an unusually strong immunity to venom.) Normally affable and courteous, Saad never attacks others gratuitously, but when “imbeciles” come after him, he delights in calling out their imbecility.

You can get a taste of Saad’s bullish comedy in his Psychology Today piece, The Narcissism and Grandiosity of Celebrities, and of his honey-badger discourse from a fiery Twitter exchange with Canadian-born Hollywood A-lister Seth Rogen. Nothing enrages Saad as much as a lack of “epistemic humility,” a sin he attaches to Rogen and his privileged ilk.

“The Parasitic Mind” is not the first book to rail against postmodernism and its negative cultural fallout, but the book’s animating metaphor is original and compelling. Saad argues that the ideological forces governing the progressive mindset that have undermined our Enlightenment-inspired attachment to empiricism, reason and the scientific method are “idea pathogens.” These cognitive pathogens mimic brain parasites in animals that, for example, can cause mice to stop fearing cats, or moose to turn in endless circles, robbing them of their survival instincts.

Although Saad is not inherently conservative — indeed, quite the opposite socially — he focuses on the sins of the left because, in our era, however odious their ideas, the extreme right holds no institutional power. The pseudo-scientific idea pathogens that come from the left — critical race theory, gender fluidity, cultural relativism — tyrannize our institutions from top to bottom.

Saad, it should be noted, was part of a tiny prophetic vanguard that, in the face of general complacency around it, quickly grasped the inherent dangers of Bill C-16, which added “gender identity or expression” to the list of prohibited grounds of discrimination in the Canadian Human Rights Act.

In May 2017, he and Jordan Peterson testified before the Senate. Saad argued that his area of expertise, the application of evolutionary psychology to the behavioural sciences, could easily be construed as violating Bill C-16. Some senators laughed at him then. Nobody with eyes to see is laughing now.

“The Parasitic Mind” begins with Saad’s formative experiences. Born and raised in a Jewish home in Beirut, then the “Paris of the Middle East,” Saad’s first language was Arabic. Most of his friends were Muslim and Christian. But slowly, he came to understand what happens when society organizes itself according to tribal affiliations.

In elementary school, Saad recalls, his teacher asked students to share their future ambitions. One boy said, “When I grow up, I want to be a Jew killer, “after which “the class erupted in raucous laughter.” Lingering until life became untenable for Jews there, Saad’s family dispersed to France, Israel and Canada. He recalls Lebanon’s 1975 civil war as “the standard by which the butchery of all other civil wars is gauged.”

Since then, Saad has understood the absolute necessity for critical thinking and freedom of speech. In the present, unhealthy climate, feelings rule, while critical thinking’s value declines daily. Just as our immune systems are designed to cope with novel intruders or atrophy, if we live in an intellectual bubble — as university students do now, rarely confronting opposing views — our cognitive immune systems atrophy, Saad says.

The consequence is what Saad calls “ostrich parasitic syndrome” (OPS). This disorder, in his words, “causes a person to deny realities that are otherwise as clear as the existence of gravity.” Science, reason, infinite data, common sense — all are rejected.

Cognitively disarmed, OPS sufferers accept alternate realities: climate change is “related to terrorism” (Bill Nye, the “science guy”); it is “gross and racist” to suggest Islam is connected to Islamism (Ben Affleck); the Israeli military “dehumanizes” Palestinian women by choosing not to rape them (not a typo: this was the thrust of an award-winning thesis by a radically leftist Israeli sociologist); men can literally be women (nearly everyone says this now, for fear of being labelled transphobic).

It used to be that you could “stand off on the sidelines” when you called out postmodern BS. No longer. There’s no middle ground anymore. You call out the BS or you keep schtum. If you choose the former, as Saad’s writing and actions demonstrate, you need to cultivate your own inner honey badger. Nothing else works.