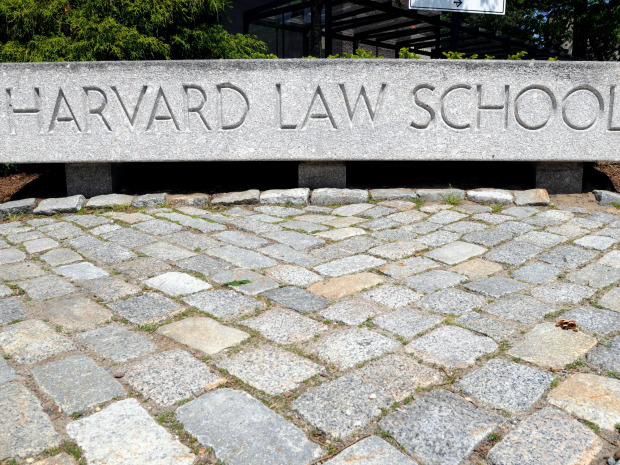 There are days when I think the entire media has been taken over by the satirical publication, The Onion, whose hilarious riffs on cultural and political trends skewer political correctness with such straight-faced precision that they are frequently taken at face value.

But the latest Darwin-award entry in cultural lunacy is no satire.  Some U.S. law students want their professors to eliminate rape law from the curriculum on the grounds that it’s too traumatizing. In her article, “The Trouble with Teaching Rape Law,” in the December 15 edition of The New Yorker, Harvard law school professor Jeannie Suk writes: “About a dozen new teachers of criminal law at multiple institutions have told me that they are not including rape law in their courses, arguing that it’s not worth the risk of discomfort by students.”

Will law firms excuse lawyers from handling rape crimes because they skipped class that day?

Naturally, if discussion of rape law is too much for students’ delicate sensibilities, it only follows as night the day that any questions relating to rape law on exams be removed so that their performance won’t be negatively affected. That’s happening too. It doesn’t end there. “One teacher I know was recently asked by a student not to use the word “violate” in class — as in “Does this conduct violate the law?” — because the word was triggering,” Suk writes.

I am trying very hard to picture a law firm five years hence and a scene in which a senior lawyer instructs an articling student to work up some references for a rape case in which he will be acting for the defence. I am trying to imagine the look on his face when she sweetly informs him that will not be possible for her – firstly because she absented herself from class when rape law was being discussed and was excused from questions on exams about rape law, and secondly because even thinking about rape law gives her the vapours. Then I picture her accusing him of traumatizing her by even mentioning his case, and stalking off to file a harassment claim.

Seriously, folks, does the idiocy of these professors caving in to this blackmail – for it is blackmail; the professors feel accused of deliberately wounding the students with their words and who wants to be a woman-wounder? – really have to be pointed out? Who will be hurt most by the educational vacuum? Women who have been raped, obviously, and who depend on sound legal advice in prosecuting their rapists.

Taking this logic to its obvious conclusion, most law enforcement would grind to a halt. Murder, child abuse, kidnapping, home invasions, drug addiction and any number of other unpleasant realities of human society all cause “discomfort” to many people. Hell, 9/11 caused untold “discomfort” to Americans and certainly “traumatized” New Yorkers. Should discussion around national security in law schools be forbidden? What about legal issues concerning torture? Even seeing that word makes me uncomfortable. But that seems an excellent reason why I should be forced to think about it, not a reason for me to glibly pretend it doesn’t exist.

There is indeed one group of people who should be shielded from discussions of rape, torture and child abuse: namely, children. There is a reason for that. We wish to instil confidence in children so that when they gradually begin to realize the world is not as safe and pleasant a place for everyone as it has been for them, they have the inner security and strength of character to absorb that fact without feeling helpless and fearful.

Have you noticed that women have become the new children? And spoiled children at that. They must be allowed their illusion that the world spins around them and that they can run around any place they like in perfect security (real children think they are running “any place they like,” but in fact are playing in safe environments created especially for them).

They must never be told to place limits on their pleasures – even if  that means drinking themselves unconscious in risky environments. They must be indulged in their belief that safety is simply a matter of telling other people not to do bad things. When they don’t like what other people are saying to them, the response is to gag those other people. They can’t be exposed to the realities of the world if there is a danger it will upset them. That’s exactly what’s happening in this case.

Women, if you want respect as women, grow up. Professors, if you give in to such childish demands, you only feed delay the onset of learning. Send these spoiled brats to their dorms, until they agree to listen respectfully to their teachers and play nicely with others. If they don’t want an education, they shouldn’t enrol in university.