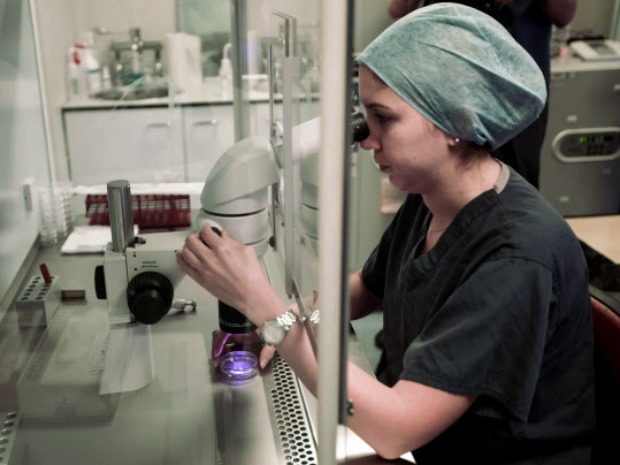 Barbara Kay: IVF for obese women is a wish, not a right

Infertility professionals are divided over the imposition of a “weight cutoff” for those seeking in-vitro fertilization (IVF). Some wonder if denying the treatment to severely obese women isn’t discriminatory, while others see the issue as purely medical, with social tropes like “discrimination” irrelevant.

There seems to be no question of the potential perils in IVF for obese women: preeclampsia, gestational diabetes and premature births associated with elevated rates of birth defects are some of the risks cited in recent obesity-linked research of 7,000 women at the Ottawa Hospital.

The underlying question seems to be: Are women seeking IVF patients or clients? That is, is IVF a medical service akin to a face lift – a surgical procedure performed strictly to enhance one’s quality of life, but one that a surgeon may refuse to do if pre-existing conditions indicate elevated risk – or should we consider parenthood so compelling a human right that technological access to conception must be provided to all comers, risks and all?

Wherever one stands, it makes perfect sense that Canadian women should consider IVF a human right to be funded by the state. After all, our society considers it has a moral obligation to ensure a woman’s absolute right to rid herself of a baby she has conceived naturally, but doesn’t want. So why shouldn’t a woman presume she has the parallel absolute right to the best available shot at having a baby she can’t produce naturally, but does want?

Trouble is, IVF is not only expensive, it is unreliable. About a third of IVF procedures fail to produce a viable embryo. And in a universal health system, ethical triage should be applied. Just last week, a gay couple in Quebec, where IVF for women has been funded for the last few years, announced a surrogate mother they had contracted with (illegally but that’s not today’s issue) was carrying twins fertilized with their mingled sperm, all paid for by a government that already spends $70 million annually in IVF treatments for women having difficulty conceiving, and for lesbians. That money could have conferred the blessings of palliative care on many suffering terminal patients, to point to one of any number of more humane uses for the funds.

Dr. Jason Min, chair of the clinical practice guidelines committee of the Canadian Fertility and Andrology Society (CFAS), admits there is no consensus in his field: “Right now, many of us are confused as to whether or not we should restrict treatment by weight.” Indeed, the group’s 2011 annual meeting was roiled by heated debate over it.

Former CFAS president Dr. Carl Laskin comes down hard on the medical side: “It is not a discrimination issue…if [obese women] are running risks in pregnancy, why should you be helping them get pregnant?” I agree, but I think Dr. Laskin opens the door here to other cautionary principles.

If couples want to play Russian Roulette with conception, that is their business. It is also their business if they want to pay the high cost of IVF.

For although a certain number of IVF candidates are young women trying to conceive but failing for bona fide medical conditions, the IVF industry only really took off when women started delaying pregnancy past the point of easy conception. Peak fertility ends before age 30. After age 35, conception rates plunge, and by 40, the odds of successful natural conception are slim. Fertility clinics are in large part catering to counter-productive cultural trends. Should the state endorse and encourage such actions?

If couples want to play Russian Roulette with conception, that is their business. It is also their business if they want to pay the high cost of IVF. But if they want the state to pay for their failure to ensure timely attention to starting their families, then professionals’ respect for the scarcity of resources must come into play.

An advocate for inclusion might argue that doctors treat patients whose lung disease is directly linked to their own unhealthy choices. But in such cases the cost of refusal may be patients’ deaths. The cost of refusal to treat choice-linked infertility is merely childlessness, a sad, but not existentially crippling reality. (I say “merely,” because nobody for whom the profound wish to have children is vitally important is foolish enough to ignore the natural window for fulfilling that drive.)

Obesity is not healthy, which is considered a politically incorrect thing to say these days. (There is a subset of Women’s Studies called “Fat Studies,” in which one learns that anything less than “size acceptance” is an offensive social phobia.) Becoming a parent at any age and at any size is a wish, not a human right.