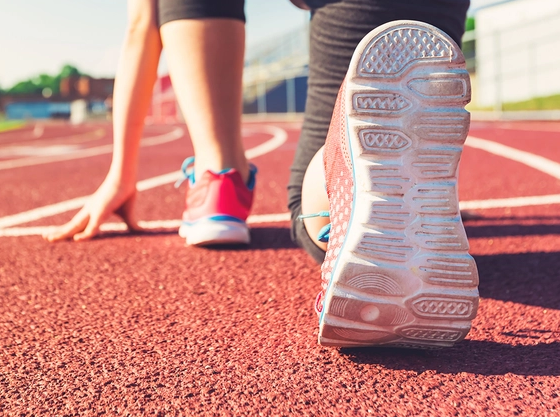 Barbara Kay: I know a misogynistic sports policy when I see it

The purpose of age, weight and sex categories is to mitigate inherent physical advantage, allowing more athletes to participate in fair and safe competition. Without a sex-based category for female athletes, women are quite simply excluded from the top levels of sport.

The right of biological female athletes to compete only against other biological women was until recently taken for granted. Now, the prevailing opinion amongst sport policy-makers is that transwomen’s right to “inclusion” has the greater claim on our respect than women’s right to a level playing field.

Accordingly, over the past two decades, the rules governing admission to women’s sport for natal male athletes who identify as female have become progressively more relaxed, and premised on theories of gender fluidity rather than the objective reality of reproductive dimorphism. For one example of many in Canada, Judo Canada’s Policy on Transgender Athletes states that “biological sex must be seen as a spectrum or range of possibilities rather than a binary set of two options.” But why “must” biological sex be seen as a spectrum? Because gender theorists — certainly not science, which says quite the opposite — say so.

The negative effects of gender theory on female athletes have been well-documented. I alluded to several examples in my past column. The best efforts of even the most outstanding female athlete have been proven futile when pitted against natal males: podium moments diminished, attainment of finals denied, positions on teams relinquished, and serious injuries sustained.

The Canadian Centre for Ethics in Sport (CCES) was created in the aftermath of the Dubin Inquiry into athlete doping following the 1988 Olympics. The CCES’s mission was — is — to act as a watchdog against systemic cheating in sport. Therefore, it bears a special responsibility to ensure that any guidelines it publishes, which then become the template for sport associations all over Canada, scrupulously adhere to the principles of fair play and a level playing field.

Up until 2013, the CCES kept its eye on the ball of safe, enjoyable and drug-free sport. Then, in its 2014-15 annual report, it introduced a “Trans Inclusion Expert Working Group” (EWG) with a mandate to develop “policy guidance on the inclusion of trans athletes to a fair and safe sport environment.” And here Canadian women athletes’ troubles began.

The document makes no mention of its recruitment criteria for the EWG, but it is noteworthy that the expertise represented amongst committee members was weighted heavily in the direction of sociology rather than biology. The one contributor who might have been able to offer dispassionate insights into biological fairness, a medical doctor, specializes in transition surgery for dysphoric children.

Considering the outsize influence it was destined to have — the guidelines became the template for, and are currently in effect at U Sports’ 56 member institutions — the document does not seem to have undergone rigorous review. Which is a euphemistic way of saying it is completely shambolic. The text is imprecise and self-contradictory to the point of incoherence.

It is completely shambolic

Here, for instance, is the EWG’s definition of “trans”: “Trans ‘includes’ but is not limited to people who identify as transgender, transsexual, cross dressers (adjective) or gender non-conforming (gender diverse or genderqueer).” But cross-dressing males do not believe they are women, while “genderqueer”and “non-conforming” are terms so vague as to be meaningless. And what does “not limited to” mean in an official document of this kind?

No hormone treatment is required, says the EWG, because being male or female is not dependent on biology but on one’s feelings: “(It) is recognized that transfemales are not males who become females. Rather these are people who have always been psychologically female.” Furthermore, these individuals must be allowed to participate in “the gender with which they feel most comfortable and safe, which may not be the same in each sport or consistent in subsequent seasons.” Your eyes do not deceive you. First they justified trans women competing with women because they had “always” felt they were female. Then they say the “always” female trans athlete might “be” male for certain sports or at different times.

They say that although “participants in men’s sport, on average, out-perform participants in women’s sports, current science is unable to isolate why this is the case.” This is nonsense on two counts. First, there is no “on average” about it. Virtually all high-performance male athletes out-perform all high-performance female athletes. And second, even in 2014, abundant scientific data “to isolate why this is the case” was readily, even effortlessly (#Google!) available.

Data or no data, a statement in the document itself makes clear that the ideological fix was in from the get-go: “The Expert Working Group held strongly to the principle that the inclusion of all athletes, based on the fundamental human right of gender self-determination overrides any consideration of potential competitive advantage.”

Needless to say, but it must be said anyway: Male athletes have nothing whatsoever to fear in competing with trans male athletes. This is a problem for female athletes only, which seems not to trouble the CCES at all. I’m not a feminist, but I know a misogynistic sport policy when I see it. Quis custodiet ipsos custodes?