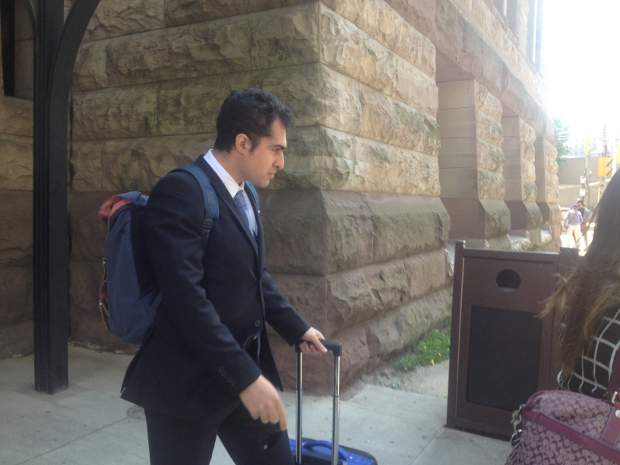 Barbara Kay: In a case with no witnesses, how can any judge be so sure?

The specifics of the incident — an evening of social drinking, a quarrel en route to Ururyar’s home, his break-up of their two-week casual “relationship,” followed by sex he says was consensual, she says wasn’t — can be found in the transcript. There were no witnesses and no injuries. This left us with a he-said, she-said story in a judge-alone trial.

In the end, Zuker found that Gray was “the credible witness” and there was “no uncertainty in this court. Ms Gray was raped by the accused.” In Zuker’s opinion, then, the defence failed to raise a “reasonable doubt,” which in criminal law, as he notes, “is not a far-fetched or frivolous doubt. It is not a doubt based on sympathy or prejudice. It is a doubt based on reason and common sense. It is a doubt that logically arises from the evidence, or the lack of evidence.”

Zuker’s absolute certainty puzzles me, for whatever the truth is, I – someone with “reason and common sense” — found Ururyar’s account no less (or more) credible than Gray’s. Now it is not unusual for two witnesses, one lying and one not, to produce credible stories. But to quell my own reasonable doubt as to an accused’s guilt, I would not only have to find the accuser’s story more credible, I’d have to find the defence implausible. Ururyar’s story may not be true, but it is indeed entirely plausible.

Yet Zuker proclaimed (seven times) that Ururyar’s version “never happened.” He went further, reading in an attitude that was neither enunciated by Ururyar or supported by objective evidence at trial: “power, power, power. (Ururyar) was the boss and he loved it.” How would he know?

Perhaps Zuker inferred Ururyar’s lurid state of mind from his extensive reading of superannuated, radically feminist icons he references in the judgment, such as Susan Brownmiller, who saw all sex in terms of power imbalances, Catherine MacKinnnon, who said “penetrative intercourse is, by its nature, violent” and the methodologically discredited Lenore Walker, whose focus in any case was abuse in spousal relationships, which was not relevant to the witnesses’ brief sexual relationship.

Faithful to feminist “rape myth” tenets, Zuker set aside Gray’s memory lapses and memory — “Asking (Ms Gray) to remember the details is ridiculous,” he wrote. He adduced precedents for “non-recording, incomplete recording and delay in reporting” as “common in cases of sexual abuse.” Gray’s further claim of “disassociation” to explain her “lack of verbal or physical resistance” and “lack of protest” are consistent with rape, Zuker wrote. Deleting all her flirty text messages to Ururyar; failing to tell police she invited him for “hot sex” on the night of the incident; failing to leave the scene after the incident even though free to do so; having no memory of what actually happened beyond a negative feeling (which could easily have been exacerbated by anger over the break-up); delaying reporting the incident because of concerns about her work status; all these we are asked to accept as consistent with “violent rape,” though the testimony shows that there was no physical force used during the assault.

I accept that there are many precedents for a variety of counter-intuitive responses to rape among victims. And it’s absolutely possible that a sexual assault was committed. But it is striking how solicitously Zuker defends Gray’s vague and ambiguous testimony, and how contemptuous he is of Ururyar’s relatively straightforward account, especially considering that there were no witnesses to corroborate either version.

Examples: Ururyar said it bothered him that Gray fondled his inner thigh in public — and even after a rebuke, again — which he properly called “groping.” Zuker mockingly sneers, “Mr Ururyar gave evidence that Ms Gray personally assaulted him. Yes, assaulted, groped him, in fact….” (and later wrote it “never happened”). But if Ururyar had, uninvited, fondled Gray’s breast, or thigh, in public, would that not have been in legal terms assault? Zuker twice referred to Gray being Ururyar’s fifth sexual hook-up while in a steady relationship (acknowledged by all to be an “open” one), even though past sexual history is not supposed to count in trials. Zuker also found it “nothing short of incomprehensible” that Gray could have been the more “seductive” social partner. Why? Text message exchanges entered into evidence certainly suggest that Gray was pursuing Ururyar.

My impression is that “sympathy or prejudice,” rather than evidence, governed Zuker’s decision. I believe he was more concerned with advancing a cultural climate in which uncritical acceptance of a woman’s story as “evidence” becomes the norm in court rather than to respect the right of one individual, Mustafa Ururyar, to the unbiased trial he was owed by the Criminal Code. I am therefore pleased that Ururyar’s lawyer intends to appeal the verdict.