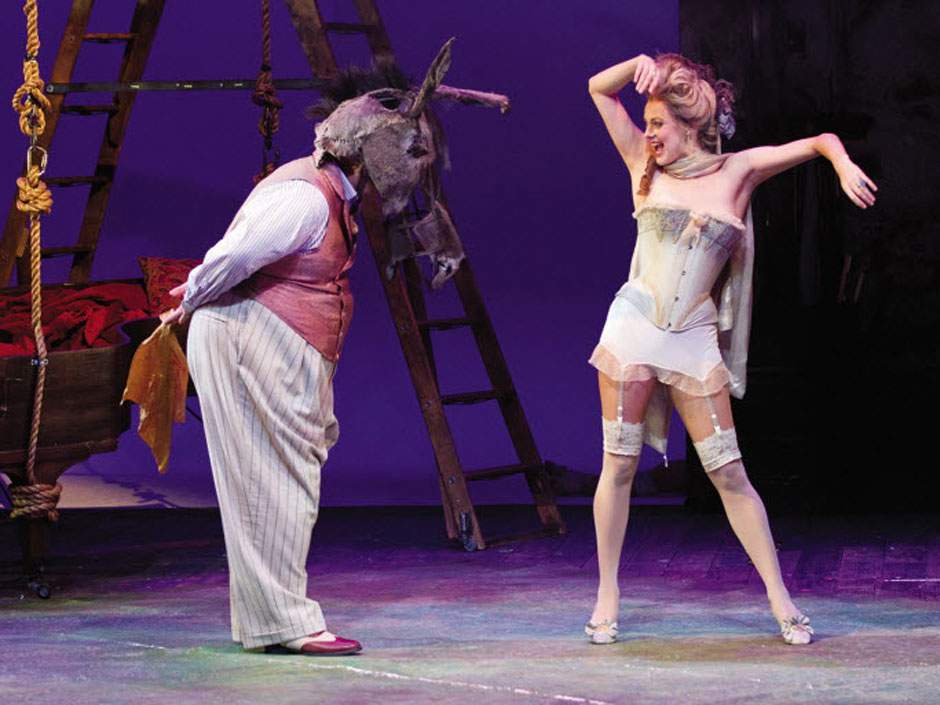 Barbara Kay: In academia, Shakespeare has become a lightning rod — a focus for the culture wars

I envy the fact that my friends in Toronto can take a day trip to Stratford, Ont., the town that hosts a world-renowned theatre festival every summer, whenever they feel like it. I’m a lazy Montreal trip planner with a resistant companion, so I rarely get the chance to make it out there.

But this year, spending a week in Toronto for a cluster of gigs, and with an efficient friend to organize the tickets, bus and meal reservations, I managed a day trip. We saw the season’s final performances of Breath of Kings, the compressed tetralogy of history plays covering Richard II to Henry V over the course of two three-hour productions.

It’s interesting to me how little Stratford has been changed by its festival over the decades. Except for a few great new restaurants and the addition of a few superior women’s fashion shops, it’s exactly as I remember it from my youth: authentically ordinary, unapologetically dowdy.

I’m not criticizing. So many other towns with a guaranteed influx of tourists for months every year are cutesified to the hilt, and the effect can be cloying. I actually admire Stratfordians for their unwavering fidelity to their origins.

In fact, the entire day was something of a back-to-the-future experience. Stratford is the festival that multiculturalism forgot. I observed more racial diversity on stage than was visible in the entire audience. On stage it was 2016. In the audience it was 1956.

I was pleased to see women playing male roles and blacks playing white roles. Mind you, since boys used to play female characters in Shakespeare’s day, the gender swap isn’t particularly revolutionary, but the racial blindness in the allocation of roles is certainly a step forward.

Even though the audiences at Stratford are reminiscent of the 1950s, the mindsets of those who conceive and fund our cultural policies today are quite different from their predecessors. I couldn’t help musing: what if the Stratford Festival didn’t yet exist? Considering the revolution in cultural values since the 1950s, would a putative Shakespeare festival even get to first base as a cultural project in our era?

Consider the list of factors working against the idea. Shakespeare is a dead white European male. Sure, he’s still considered the greatest playwright in the English language, but what do his plays actually validate — or at least do nothing to denounce? Imperial ambition, ruthlessness in war, the patriarchy, with women as the spoils of, or comforts after, battle and the Crusades against Islam as a noble duty of a Christian king and knights.

OK, there’s Falstaff mocking the idea of honour (“What is honour? A word.”), but there’s no ambiguity around the necessity of Prince Hal cutting ties with Falstaff once he becomes Henry V. Honour-based revenge, a now superannuated ideal in the West, was a guiding behavioural principle for Shakespearean kings.

In academia, which produces our cultural elites, Shakespeare has become a lightning rod, a focus for the culture wars. Unlike the old “bardolators,” my generation’s teachers, who regarded Shakespeare as the master, with the scholar’s job to reveal his perfection, postmodern theorists see Shakespeare as a tool of the power elites of Elizabethan England, and the scholar’s job to “interrogate” the insidious cultural hegemony disguised as aesthetics.

An entire generation of literature students have studied Shakespeare’s works (when they study him at all) through the lens of theories that are antagonistic to the concept of art for art’s sake: deconstruction, postmodern Marxism and postmodern Freudianism. Literary academics privilege writers who speak for oppressed voices of class, race, gender and ethnicity. In many English departments, theorizing has replaced reading Shakespeare, or even seeing his plays enacted.

If the Stratford Festival were under consideration today, it is probable that the culturati reviewing the idea would reflexively take a dim view of celebrating even this most brilliant of dead white males, and the idea would die, untimely ripped from its proposer’s womb (sorry, Bard).

Race, gender, ethnicity, oppressor, oppressed: I imagine Shakespeare’s ghost hovering over the 2016 meeting where the idea of a festival in his honour was being shot down, and the puzzlement he would feel. When he was alive, the poor guy had, after all, believed — and in 1952, we did, too — he was only writing about humanity.