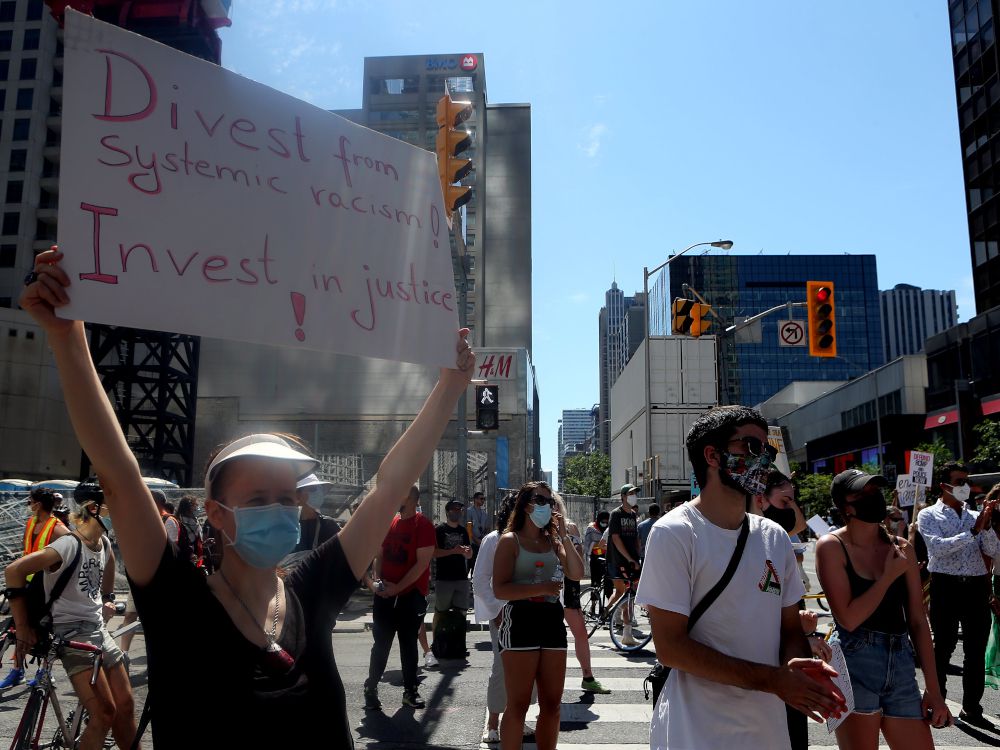 Barbara Kay: Let’s stop pretending the left’s disdain for Israel has anything to do with politics

It’s about those maddening Jews

Public Jew-baiting is out of control in the United Kingdom and Europe. And in Canada’s big cities, unprecedented displays of anti-Semitism, including physical violence that has been well documented in these pages, has given Jewish-Canadians a taste of the rage that European Jews have faced for decades.

Nobody with eyes to see can press on with the myth that this is a political conflict. The anti-Semitism that lurks behind obsessive Israel-bashing can no longer be credibly passed off as “criticism of Israel.” It’s not about Israel and never was. It’s about those maddening Jews. Wherever they are, they make trouble. What is it with their stubborn insistence on their right to live and flourish in their homeland, when they know they are not wanted there?

Barbara Kay: Let's stop pretending the left's disdain for Israel has anything to do with politics Back to video Never mind the historical facts surrounding Jews’ indigenous rights, or the painstaking legal journey to national sovereignty (along with other newly minted Middle Eastern countries like Iraq and Syria, both of which have appalling human rights records, but never have their right to exist questioned). Treaties and international law are too dull, nuanced and complex. They take time and effort to understand. It’s very taxing for the brain. Narrative, though, takes no time at all to absorb. Stories of good and evil are simple, unnuanced and satisfyingly emotive.

If you attend to the myth-mongering on social media, it seems your choice is stark. Are you an ally of an all-powerful white supremacist, colonialist apartheid regime led by baby-killing oppressors, the likes of whose evil the world has never seen? Or are you a decent, compassionate human being, committed to social justice and ready to lend your support to those infamous Zionist monsters’ powerless, oppressed, racialized victims, who are languishing in their open-air prisons?

It’s a tough choice for progressive Jews. Before 1967, living with oneself as a Jew was easy. Socialist Israel was little David then and the massed hostile Arab states were Goliath. Even Bernie Sanders enjoyed his time on a kibbutz in 1963. (Mind you, that particular kibbutz, Sha’ar Ha’amakim, was so far left, one of its members was convicted of spying for the Soviet Union.)

Then those upstart Jews dared to win a war against incredible odds and had the chutzpah to take back territory that had been stolen from them in the 1948 War of Independence. The pivot from victim to victor, from powerlessness to power, was the kiss of death for their support from the left.

It’s virtually impossible now for any Jew to straddle the hopelessly wide chasm between acceptance in the progressive fold and their love of Zion. Allyship with the Palestinian cause is now as baked-in to wokeism as the unfettered right to abortion is to feminism. As a result, institutions that Jews used to depend on for protection from anti-Semitism are succumbing to the far-left zeitgeist.

In Canada, the Canadian Anti-Hate Network combats other hatreds from any quarter, but only deals with anti-Semitism if it emanates from white neo-Nazis. In the United States, the Anti-Defamation League of B’nai Brith was, up until 2015, known for its legal work to fight anti-Semitism. Then, a new progressive executive director took over, described by one critic as a “Democratic party auxiliary that is increasingly overshadowing and marginalizing its still vital role as the nation’s guardian against anti-Semitism.”

During former U.S. president Donald Trump’s tenure, my left-leaning Jewish friends kept saying, “It feels like the 1930s in Germany.” I feel the same. But not because of Trump, rather in spite of him. My left-leaning friends regarded the Democratic party’s Israel-demonizing congresswomen as an aberration who would be marginalized by all their right-thinking Democratic colleagues. Wrong again. Today, as columnist Caroline Glick wrote,  “So great is the Democrats’ fear of their anti-Semitic members that this week every single Democrat voted against supplemental aid to Israel and every single Democrat voted against sanctioning Hamas.”

To Karl Marx, Jews were akin to excrement: “Out of its own entrails, bourgeois society continually creates Jews”; to Hitler, a bacterium: “Don’t be misled into thinking you can fight a disease without killing the carrier, without destroying the bacillus.” Hamas believes Allah approves of the ethnic cleansing of Jews: “Israel will arise and continue to exist until Islam wipes it out, as it wiped out what went before.” A flyer that circulated on one American campus a few years ago distinguished Jews as especially guilty of (racist) privilege: “Ending white privilege starts with ending Jewish privilege.”

In “The Lord of the Rings,” novelist J.R.R. Tolkien — via Sauron, his avatar of evil — unwittingly created a symbol that captures the political utility of the oldest hatred: “One Ring to find them, One Ring to bring them all and in the darkness bind them.” A pox on all the left, right and theocratic houses bound together by the One Ring of anti-Semitism …