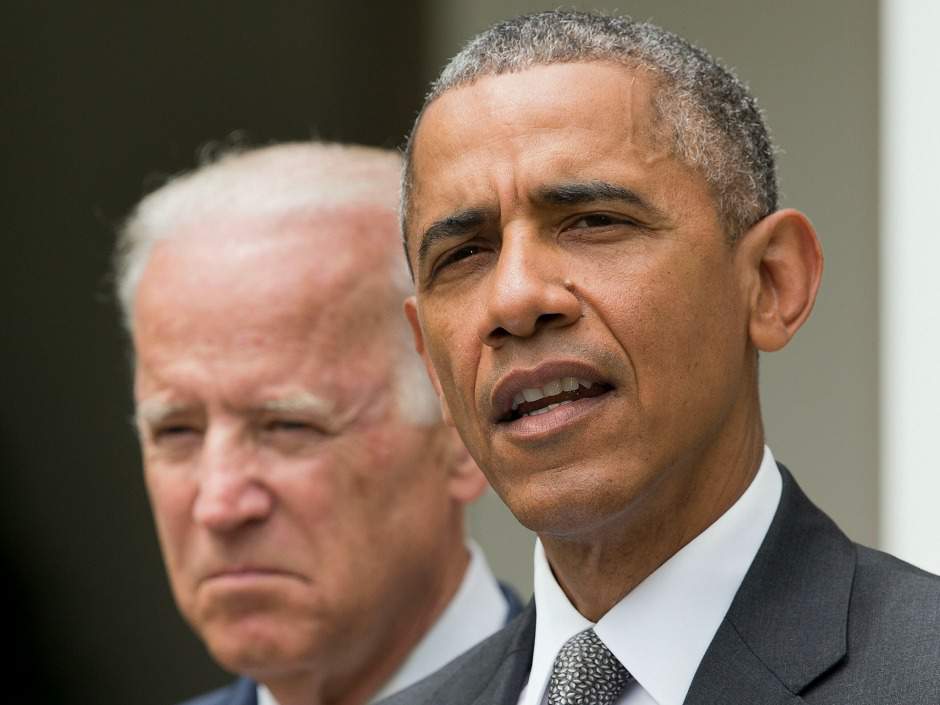 Barbara Kay: Marking the end of a hollow president’s feckless record on terrorism

As the world becomes ever more unstable, the gap between Obama's substance-free rhetoric and the reality on the ground widens with every crisis.

I do not see the world improving next year. Politically, the best news about 2016 is that it will mark the end of the public careers of the two most humility-void, vainglorious politicians in American history, U.S. President Barack Obama and Republican presidential hopeful Donald Trump: Obama by constitutional fiat and Trump either by his defeat in the Republican primaries or through a trouncing by Hillary Clinton in the November election.

At least Trump has provided us with a few laughs as he, in the words of a former ghostwriter, “rolls merrily along like fortune’s child bolstered by terrorist fear and political competitors variously seen as pathological liars, empty suits or the butt-ends of political dynasties.”

Alas, we cannot afford to consider Obama a joke, even of the most cynical kind. As the world becomes ever more unstable, the gap between his substance-free rhetoric and the reality on the ground widens with every crisis. He provokes unease and embarrassment in former supporters and deepening gloom in those of us who never considered him the man of our historical hour.

For a sobering reminder of Obama’s feckless record on the terrorism front, I recommend a feature article in the Nov. 30 issue of The Weekly Standard, entitled, The Long War Continues, by investigative journalist Stephen F. Hayes and Thomas Joscelyn, senior fellow at the Foundation for Defense of Democracies.

The following anecdote from the article presciently captures Obama in full hubristic flight: In 2008, during his first presidential campaign, Obama travelled to Iraq for briefings with General David Petraeus, who told Obama that Iraq, not Afghanistan, was the central front in the war against al-Qaida. But Obama brusquely contradicted him, insisting that al-Qaida in Iraq (AQI) — which would become the Islamic State of Iraq & the Levant (ISIL) — had only local territorial ambitions, referring to AQI as a kind of “mafia.”

He was horribly wrong, as we know, but the significant theme here is the chutzpah of a junior senator with no experience or background in military or foreign affairs coolly informing America’s most successful war general that he has erred in his professional assessment. This telling vignette gives us a man who mentally tailors events to suit his theories — a dangerous trait in a leader.

From that day forward, Obama has been covering his tracks, in order to protect the personal narrative he’d concocted of a regional militant group with no ambitions of a “caliphate” (ambitions they do hold) and no ambitions to terrorize the West (ambitions they are fulfilling), coupled with an iron determination to absolve Islam, and even Islamism, from any responsibility for acts of domestic terrorism.

Hayes and Joscelyn take the reader through the sorry, cumulatively distressing string of Obama’s mistakes and willful misdirections on the terror file: notably Guantanamo, whose 120 released detainees on Obama’s watch have, according to the authors, “served international terror networks at every level, from suicide bombers to senior strategists and leaders”; and the 2009 Fort Hood massacre by Army major Nidal Hasan (shouting “Allahu Akbar”), long insisted upon as “workplace violence,” even though the FBI almost immediately discovered irrefutable links to terror networks.

Then there are the Bin Laden documents, research into which Hayes has made a personal crusade. Captured after Bin Laden’s 2011 assassination by Navy Seals (the one legitimate feather in Obama’s terror-war cap), the trove was, according to former national security advisor Tom Donilon, “the largest cache of intelligence” ever collected in such a raid. Yet, to the chagrin of the Defense Intelligence Agency (DIA), they languish still, largely unexplored.

In September 2012, at a New York fundraiser, Obama said that on his watch the U.S. had “decimated” al-Qaida. He had to know better. Al-Qaida was then growing in Yemen and East Africa. According to former DIA director Michael T. Flynn, “they probably had grown by about — I’d say close to doubling by that time. And we knew that.” Flynn saw the daily briefings from 2012-14. “The intelligence was very clear,” and it “did not meet the narrative” Obama wanted peddled.

Thanks to Obama’s helpful announcement of a pullout date, al-Qaida once again has a safe haven in Afghanistan and there is no end in sight to its growth

Benghazi? Much has already been written about that terrorist act. Americans died; the White House lied. Iran? Enough ink spilled there, too. Obama wanted his deal at any price and got it at any price by bolstering a regime that continues to sponsor terrorist organizations and work toward the creation of a nuclear weapon.

And how about al-Qaida in Afghanistan, the alleged “good war” that was to ensure, in Obama’s words, that “al-Qaida can never again establish a safe haven to launch attacks against us or own allies”? Thanks to Obama’s helpful announcement of a pullout date, al-Qaida once again has a safe haven in Afghanistan and there is no end in sight to its growth.

As for ISIL, days before the Paris attacks, Obama stated that ISIL was “contained,” even though his own intelligence community was telling him the opposite. Democratic Senator Dianne Feinstein, a member of the Senate Intelligence Committee and normally an ally of Obama on national security issues, bluntly contradicted him: “I read the intelligence faithfully. ISIS is not contained. ISIS is expanding.”

According to the Daily Beast, “More than 50 intelligence analysts working out of the U.S. military’s Central Command have formally complained that their reports on ISIL and al-Qaida’s branch in Syria were being inappropriately altered by senior officials.”

Obama’s response to the Paris attacks was: “We’ll do whatever it takes.” Apparently he was thinking of climate change when he said that, for this hollow man has done nothing and said nothing to indicate any change from the non-strategy he espoused years ago.

Trump isn’t presidential material (either), but when effective political leadership is lacking in parlous times, as it has been for seven years — well, politics, like nature, abhors a vacuum, and often isn’t particular about what fills it. Let’s hope for a happy surprise (polls suggest only Marco Rubio can beat Hillary) in 2016. We desperately need one.