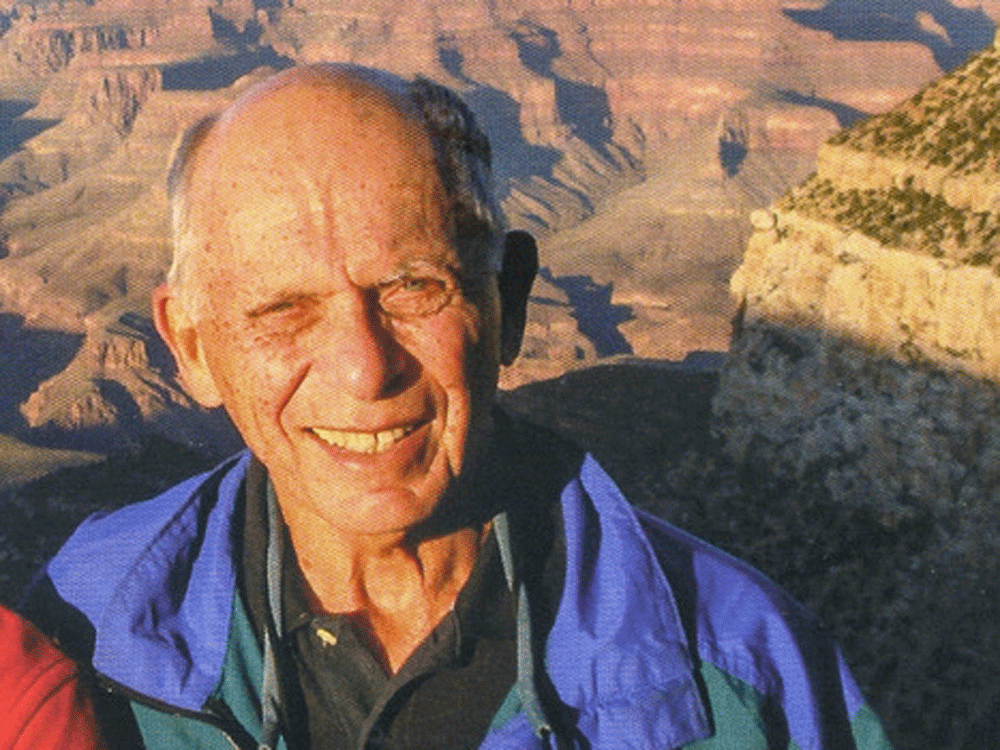 Ron Golden: A lifetime of high achievement, productivity and happiness.

A curiosity of our culture is that the word “in-law” tends to trigger associations with people you’d rather not have in your life. Mothers-in-law come in for particular abuse, but the word “brother-in-law” also features in innumerable cartoons and jokes, with the common theme of brothers-in-law as the epitome of bumbling incompetence.

This always seemed a bit odd to me. My cherished brother-in-law, Ron Golden, who died last week after a long illness was, in all the ways that mattered to creating a good life for himself and those who were important to him, the most competent man I ever knew. He cooked, drove and planned often-complex holidays with superior competency. Ron was a periodontist; I am told that when he injected his patients’ gums, the needles didn’t hurt.

Ron entered my life when I was 12, and my sister Anne, his future bride, was 14. They met on a double date, when they found themselves more interested in each other than in their respective companions. Ron was then 17 and owned a second-hand car, impressive in itself in our era, but not as compelling an attraction as his intensely blue eyes, athletic frame and confident air. They both knew almost at once that the other was their “bashert” (Yiddish for destined soulmate).

At Anne’s Sweet Sixteen, my father announced to everyone that Anne and Ron would marry each other. Nobody thought he was kidding. In fact they did marry a month after Anne’s 19th birthday, which was considered young even in 1960 — the family joke had it that the bridal registry was at Toys R Us — and settled into a lifetime of high achievement, productivity and happiness. In contradiction to current assumptions, early marriage acted as a catalyst for both Ron and Anne. He established a successful practice, while Anne finished her postgrad studies and went on to “break the glass ceiling” in a high-profile career, producing two beautiful daughters, Beth and Karen, along the way.

They built a wonderful life around shared passions — the girls, their Lake Simcoe cottage, travel, sports, friends, civic engagement — and their four grandchildren, with each of whom Ron built a personal and meaningful relationship. I never knew a couple more dissimilar in temperament — Ron was laidback, Anne is intense — but so totally in sync on life’s priorities and so smoothly collaborative in realizing them.

At the funeral, the rabbi said Ron was “woke” to gender equality before it became the received cultural wisdom. Everyone knew what he meant: there weren’t many men of Anne’s generation happy to serve as “the good husband” so their wives could shine in their careers. Still, “woke” implies he was once asleep. But he wasn’t ever asleep, and he didn’t have to change. Those were the values he was raised with. Shared parenting came naturally to him. He was happy to be the one who attended parent-teacher meetings, happy to be the family rock in the swirl of everyday life. At Anne’s business conferences, Ron was bemused rather than embarrassed to be the only male spouse participating in the “wives’” excursions to museums or architectural tours.

The diagnosis of lung cancer was received as a shocking irony to us all, because nobody had led a healthier life

Everyone knew of Ron’s passions for boats — all kinds, but especially sailboats. He even designed one, the Arrow, and sold a bunch. All his sailboats were named “Apple Annie” and featured an image on the sail of an apple with a bite out of it. (Steve Jobs has some ‘splaining to do.) What I hadn’t known, but learned from a bio-video Ron made in his last year, was that in retirement, when his own competitive sailing life ended, Ron volunteered as a sailing coach for the blind and disabled at Toronto’s Harbourfront Sailing club.

The diagnosis of lung cancer was received as a shocking irony to us all, because nobody had led a healthier life than Ron. He had never smoked and was ridiculously fit. In fact, he was such an ardent cyclist that in his 60s he successfully completed two Paris-Brest-Paris randonneur cycling marathons, a gruelling 1,200 km marathon that must be completed within 90 hours.

In the first few years after diagnosis, surgeries and treatment allowed for a fairly good quality of life, in his final months not so much. Through it all, Ron accepted creeping physical limitations with stoicism, remaining fully engaged with family, friends, current events, and sports on TV.

Ron was a blessing in my life. When I visited them, Ron fussed over me. He always had wine I liked chilling, the cappuccino machine at the ready. In our generation, Ron was my first role model for manliness. How lucky was I? (I think it’s no coincidence that defending men from cultural misandry is a niche journalistic topic for me.)

Anne once told me that she was attracted to Ron because “I feel safe with him.” Everyone felt safe with Ron. What greater gift?