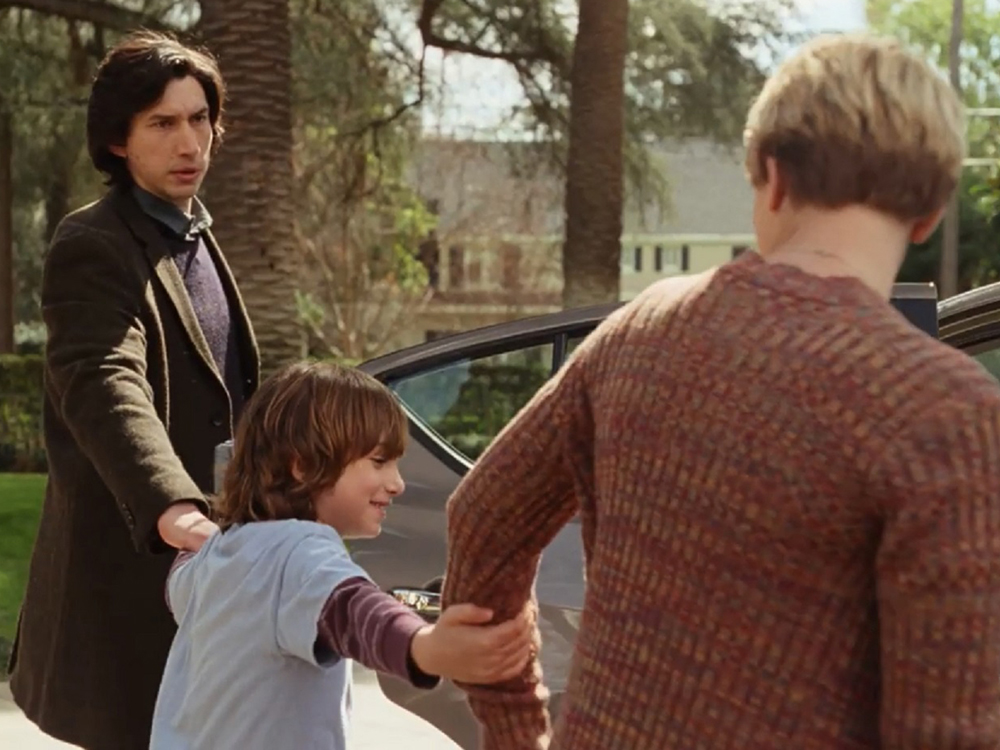 The new film Marriage Story is creating buzz, mostly positive. I caught it on Netflix the other night. It bothered me. Be warned, spoilers ahead.

Charlie (Adam Driver) and Nicole (Scarlett Johansson) are actors. Nicole has put her Hollywood career on hold to support Charlie in his ambitions as a playwright-director in New York, as well as to provide stability for their little boy, Henry. It is established that Charlie and Nicole are equally devoted to Henry, and mutually respectful of each other’s parenting skills.

Charlie’s theatrical gifts are making him shine. Then Nicole lands a principal role in a TV series in L.A., her hometown. This triggers deep dissatisfaction with Charlie; divorce seems Nicole’s only solution. They consult a mediator, who encourages positivity. Charlie co-operates; Nicole won’t.

Once in L.A. for the TV job, Nicole convinces herself Charlie knew all along she meant the move to be permanent. But he didn’t. And he can’t leave New York. His play is opening on Broadway, and he has received a $100,000 MacArthur grant besides, meant for professional investment.

For most of the film Charlie shuttles back and forth to L.A., desperately trying to parent well under near-impossible conditions. He descends into horrified paralysis, as what he assumed would be a friendly parting and 50-50 parenting with no lawyers involved as per their initial agreement, turns into a combative, grant-money-gobbling custody battle, dominated by incompetent/egotistical lawyers.

These two people once loved each other deeply. They’re not perfect — she’s messy, he’s orderly; he was once unfaithful, she drinks too much — but there were no obviously pivotal marital fissures. Their mutual devotion to Henry was apparently absolute. It’s a well-substantiated fact in the literature on family breakdown that less than 40 per cent of time spent with one parent — usually the father — puts the relationship at risk of atrophy. Nicole’s scheme pushes Charlie out of the picture almost completely. Her sudden indifference to Henry’s best interests makes no sense.

You can almost see Charlie and Henry’s bond fraying as the family court mills grind away. Nicole’s lawyer, Nora (Laura Dern) is an almost parodied sexy, stilettoed barracuda. Her every pore exudes contempt for men. Nicole could not have chosen anyone more likely to perceive her formerly loved partner as an ATM machine and nothing else. Over Nicole’s objections Nora asks the court to split custody 55-45 in Nicole’s favour. Why? Because she knows she can, and she enjoys exerting power over men. Empowered elsewhere, Nicole is curiously submissive in the face of Nora’s misandry.

In one chilling segment, Charlie is forced to submit to an afternoon plus dinner observation of his relationship with Henry by a social worker. Understanding the momentous stakes and desperate to make a positive impression, he cozies up his little rental apartment with plants, and cooks a beautiful meal.

The social worker is affectless. Materially present but socially absent, she wordlessly watches Charlie and Henry interact. She refuses to eat Charlie’s dinner, accepting only a glass of water. His anxiety (and ours) mounts. The scene ends with Charlie accidentally cutting his arm and trying to pretend it’s of no consequence, as the blood drips and the social worker flees, stiffly thanking him for the water as she exits.

Nothing could better illuminate the Kafkaesque emasculation of many excellent real-life fathers enduring absurd but ineluctable trials imposed by a faceless system. Like Charlie, they begin with the naïve belief that even though they did not want the divorce — women initiate divorce almost 70 per cent of the time — it will not deprive them of their parental role. After all, do enlightened men not fully share parenting and household duties? They do.

Women initiate divorce almost 70 per cent of the time

And yet, like Charlie, they find, to their stunned chagrin, as soon as lawyers are involved, the wishes and needs of both the father and the child become sidebars to the main goal, satisfying the mother. Finally, to be near Henry, Charlie gives up his Broadway opportunity-of-a-lifetime to take up a lesser job in L.A., a sacrifice far greater than Nicole’s voluntary move to New York. The ending is framed as happy for all. Except Nicole has everything she wanted, but a real-life Charlie would bitterly, rightly, perceive himself as unjustly served, a brilliant career foreclosed.

An alternate storyline would have had Nicole finding work-life balance in New York until Henry was older and could handle her career absences, while Charlie found the success he clearly merited, and the family stayed intact. But that would have meant Nicole had to put her child’s happiness and her husband’s creative self-realization before her own for a time. That would require patience and maturity. Yeah, I can see how that wouldn’t work at all for a Hollywood film.