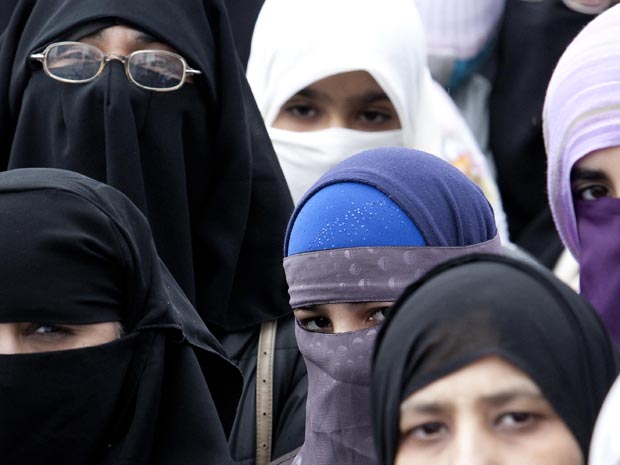 The Supreme Court of Canada has rendered its decision on what has come to be known as “the niqab case,” which pitted against each other the Charter right to freedom of religion and the right of an accused to a fair trial. The case centred on whether a Muslim woman, “N.S.,” who has charged her uncle and cousin with sexual assault in her 1980s childhood, had the right to testify against them in court wearing her niqab, a veil that covers the entire face but the eyes.

The Ontario Court of Appeal, supporting the lower court, had ruled the woman might be forced to remove the veil if credibility was at stake. In a split decision (4-2-1), the Supreme Court has now reinforced that decision, ruling the woman may have to remove her veil if certain criteria, having to do with credibility and other factors laid out in the Court of Appeal ruling, are met.

Chief Justice Beverley McLachlin acknowledged that wearing a niqab could lead to problems with credibility and therefore to a wrongful conviction, stating “The common law, supported by provisions of the Criminal Code, and judicial pronouncements, proceeds on the basis that the ability to see a witness’s face is an important feature of a fair trial.”

In measured words, the ruling also, crucially, addressed an interpretation of multiculturalism that would have permitted the niqab on grounds of religious freedom: “While multiculturalism is an important part of Canadian society, its place is rooted in the political and legal traditions of the constitution and our democratic society,” and “Wearing a niqab is not compatible with the principle of openness in Canadian courts….”

The ruling sends an excellent message: that religious beliefs cannot trump the most fundamental principles of a democratic society. But it leaves the door open for exceptions to the rule in other cases. I would have preferred that the dissenting opinions of Justices Louis Lebel and Marshall Rothstein – that the veil is never to be worn during testimony – had been the majority view.

People on both sides of the legal question agree that the niqab is a symbol of female dhimmitude. It is also well known that the niqab is a feature of Muslim life in certain regions and not in others. Several world authorities on Islam have pronounced that the niqab is a custom, not a religious tenet of Islam. But the important point, which Justices Lebel and Rothstein grasp, is that even if it were a deeply held article of faith in Islam that women’s faces may only be seen by close male kinsmen, that should not buy it a pass in our courtrooms. For our courtrooms are to our national soul what houses of worship are to religions. The niqab is a defilement of our credo, our belief in the equality of every individual under the law.

Justice Rosalie Abella was the sole dissenting voice upholding the woman’s claim. “The court system has many examples of accepting evidence from witnesses who are unable to testify under ideal circumstances because of visual, oral, or aural impediments. I am unable to see why witnesses who wear niqabs should be treated any differently,” she wrote.

Justice Abella’s comparison does not stand up to scrutiny. Niqab’d women should be treated differently because they are different. If people are hampered by “visual, oral or aural impediments,” then they have no choice; their handicaps must be accommodated or they cannot testify at all. In this case, the “impediment” is the woman’s desire to cover her face, which is to say, speaking precisely, not what one would call an impediment at all.

Indeed, following Justice Abella’s strand of logic, anyone who felt under duress in testimony might claim the same “impediment.” I am sure that witnesses who testify against organized crime figures are as, or more, fearful of facing their accused in court than “N.S.” is of her kinsmen. So that argument is logically untenable.

This is an excellent moment for the government to step up to the plate and, with this ruling as impetus, create a law that prohibits face cover for all those giving testimony in court, with no religious exemptions at all. If ever there was a time and place where reassurance to Canadians was needed that equality under the law means exactly what it says, as opposed to “some” people being “more equal than others,” this is it.