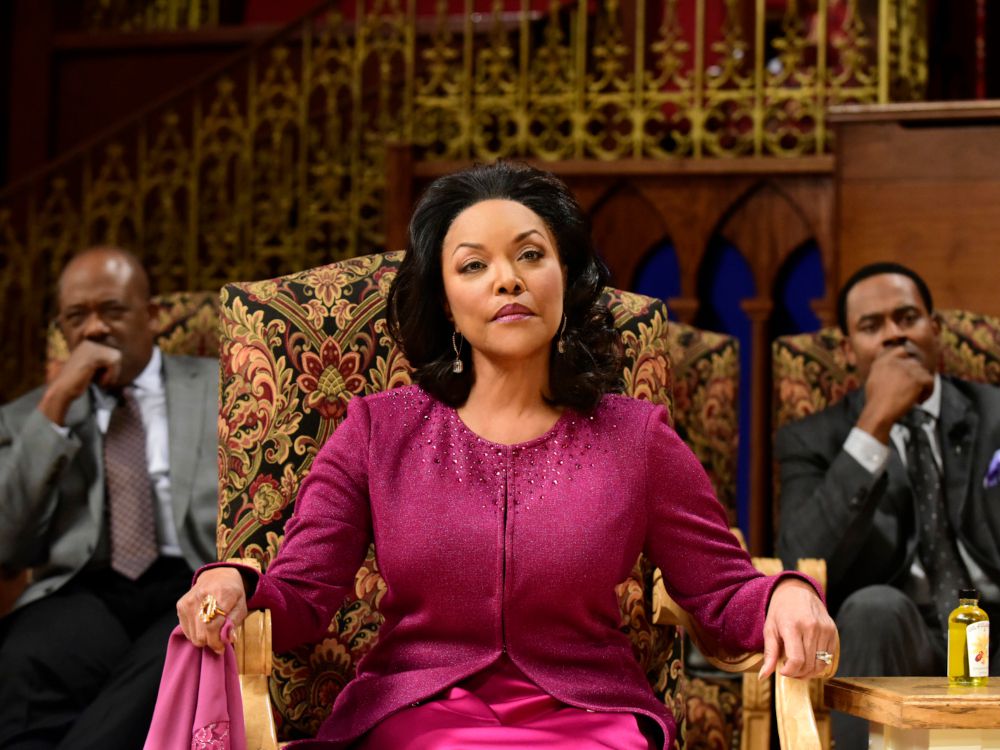 Greenleaf" takes viewers into the unscrupulous world of the Greenleaf family and their sprawling Memphis megachurch, where scandalous secrets and lies are as numerous as the faithful. Photo by DCL Photo Shoot

Barbara Kay: No, not all Black TV is ‘telling stories about white supremacy’

The October issue of the Atlantic featured an in-depth overview of “Black TV” in America, from the 1950s to the present, by the magazine’s resident expert on Black culture, Hannah Giorgis. Her richly detailed account implies sweeping inclusion, but a rather glaring omission in it piqued my curiosity.

In TV’s early days, Blacks were stereotypes like “Amos ‘n’ Andy” (1951-53), or entertainers like Nat King Cole and Sammy Davis Jr. TV advertising targeted the white middle class. There were no Black writers.

The trajectory Giorgis traces begins with indifference to Black culture and ends with “the opposite problem”: over-arching attention to themes of Black racialization. Superficially, that looks like industry empowerment. But, as a Disney insider tells Girogis, “When we’re still telling stories that are so focused on trauma, we’re actually telling stories about white supremacy.… We’re still talking about what life looks like in proximity to whiteness.”

Giorgis could easily have countered this generally insightful observation by drawing attention to a show that was curiously absent from her list: namely, an addictive six-season series created by the highest Black achiever in American entertainment history, Oprah Winfrey. Her Oprah Winfrey Network show “Greenleaf,” which ran from 2016 to 2020 and is streamed by Netflix in many countries around the world, portrays an authentic Black domain in which “proximity to whiteness” is irrelevant.

Greenleaf is the surname of a Tennesee family whose personal and material fortunes are bound up in Calvary, an evangelical church built from scratch and pastored by patriarch James (known as “Bishop”) and matriarch Mae (“Lady Mae”). Calvary’s 4,000-strong homogeneous membership is comprised of culturally conservative, middle-class Black families. Calvary’s ongoing economic viability is heavily dependent on Bishop’s popularity. A charismatic rival in a neighbouring church can (and does) threaten the family’s fortunes.

The Greenleafs and their children and grandchildren are believers, but only the two founders’ fierce faith strikes the viewer as unshakable — coursing through their veins with passion and depth, even at the very moments when they betray that faith and each other.

Bishop and Lady Mae consult God when faced with hard family or professional choices. Whether their trials arise from their own weaknesses or external circumstances beyond their control, it is faith, the humility to admit their sins and their determination to make things right with injured parties and God that create the conditions for healing and renewal of purpose.

In “Greenleaf,” Oprah and her collaborator, Craig Wright (“Six Feet Under,” “Lost”) committed themselves “to lovingly and respectfully interrogate the Black church, not to tear it down at all, but to make it even better by asking tough questions.” The series does indeed ask tough questions, but they apply to all believing Christians, not just Black ones.

Greed, adultery, overweening pride, political ruthlessness, homophobia — it’s all there in abundance in “Greenleaf.” Buried secrets erupting in disclosures that point to hypocrisy in high places. Bribery and insurance fraud, too. Worst of all, sexual abuse of underage girls by a close family member and church pillar.

There is only one white person of consequence in this saga. Bob Whitmore heads a mega-corporation that rescues churches like Calvary from financial distress. But his investment pivots on Calvary’s commitment to “diverse” — meaning racially integrated — worship that would materially alter the social dynamic by eliminating the magnificent, quintessentially Black gospel music for which Calvary is renowned.

Whitmore isn’t a racist, however. In fact, he wants his daughter to marry his talented Black business lieutenant. Bishop and Lady Mae despise him, but for the content of his character, not the colour of his skin.

I took the show’s powerful messaging as a welcome distraction from today’s received wisdom that white racism is the unitary explanation for all Black social shortfalls. In “Greenleaf,” tribulation is a recurrent fact of life for all races, made bearable by the empathetic embrace of fellow Christians.

Strong families build thriving communities. Fathers are vital to their children’s success. Everyone sins, but redemption is possible. The individual’s reach should exceed his grasp, else what’s a heaven for? It isn’t race, but values, choices and behaviour that define the individual.

In 2018, Giorgis reviewed “Greenleaf,” calling it a “trenchant” production that “makes the case for both the complexity of all human beings and the need for community-specific structures of accountability.” Why then, three years on, was “Greenleaf” disappeared from this elite magazine’s in-depth chronicle of Black entertainment history? Did I inadvertently stumble on a clue with my penultimate paragraph?