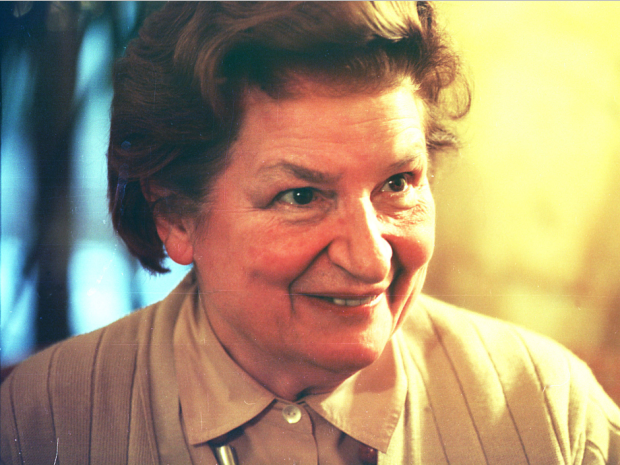 James was a veteran of the school of crime in which the detective hero was personally incorruptible. He was smarter, cooler and at heart nobler and more courageous than most other people.

Although it can hardly have come as a surprise to her adoring readers, the great British crime writer, P.D. James (the initials stand for Phyllis Dorothy, I have learned for the first time, as I never thought to wonder while she was alive) has died at the ripe old age of 94. She had all her wits about her and had never retired, so one may regret her passing, while hoping one’s own arrives in exactly similar circumstances – peacefully, at home, all ambitions realized and full of international honours.

‘Remarkable in every aspect of her life': Iconic detective novelist P.D. James dies in Oxford

LONDON — Mystery writer P.D. James, who brought realistic modern characters to the classical British detective story, has died, her publisher said. She was 94.

James’s books, many featuring sensitive sleuth Adam Dalgliesh, sold millions around the world, and most were just as popular when adapted for television.

Faber, James’s publisher for more than 50 years, said in a statement that she had been “so very remarkable in every aspect of her life, an inspiration and great friend to us all. It is a privilege to publish her extraordinary books. Working with her was always the best of times, full of joy. We will miss her hugely.”

An obituary notes that James had always been interested in death. It is said that when Humpty Dumpty was read to her as a little girl, she asked, “Did he fall or was he pushed?” Not content merely to wonder, James took up an eventual career in the forensic science department of Britain’s Home Office, a job that allowed her to support her family, her husband having been “broken” by the war, but which also provided her with the kind of precise and extensive knowledge that would lend verisimilitude and authority to her murder mysteries.

Caretaking duties on her husband’s behalf necessitated a long wait before she could settle down to the novel-writing she longed to do, so she was nearly 40 before she plunged into her true métier. Still, a 50-year trajectory is nothing to sneeze at, especially considering that her very first novel, Cover Her Face (1962) was so polished a gem that it made her an overnight crime-novelist star and a millionaire to boot.

I have enjoyed all of James’s crime novels. In this genre, it goes without saying that in any series the plots must be well contrived, the clues cleverly dispersed, the killer’s motivation acceptable (even if not completely plausible), and the writing lively. There must be a how, a who and a why that makes sense and invites curiosity. But if the reader is to be well and truly hooked, the author’s sleuth must find favour in his eyes. And James’s sleuth, Adam Dalgleish – poet, scholar, gentleman in the modern (but not post-modern) tradition – certainly found favour in mine.

I am not a big fan of the post-modern trend in detectives: lonely, alcoholic Scandinavian depressives with hygiene issues, and intimate-relationship difficulties that occasionally impinge on professional competence. Dalgleish was no sad sack like Henning Mankell’s distracted Kurt Wallander, nor is he an anti-racism crusader like Sweden’s journalist crime writer Stieg Larsson, who came of age in the raging 1970s, and whose vengeful Lisbeth Salander (the Millennium Series) showcases his contempt for the right wing. Adam Dalgleish is clean and tidy, an exemplar of British virtues – stoicism, kindness, respectful of institutional traditions, impeccably courteous to all and sundry. His professionalism is absolute, his private sorrows tucked away. So very British. Or as was.

Detectives reflect their authors’ era and culture. That is, the era in which they were conceived. In 1962, protagonists were not alienated from their own societies. They were not preoccupied with ideology and their own culture’s besetting sins of imperialism, racism and misogyny. Being socially integrated needn’t mean the sleuth is dull. In addition to James’ sensitive Adam Dalgleish, I like Colin Dexter’s broody Inspector Morse, Reginald Hill’s bullish Andy Dalziel and Elizabeth George’s labile Thomas Lynley. From this list, detective buffs will deduce at once my partiality for flawed and “wounded,” but gallant male sleuths who subordinate an embarrassing romantic vulnerability to dedicated crime-solving, which they accomplish with a persuasive combination of intellect and intuition.

James was a veteran of the school of crime in which the detective hero was personally incorruptible. He was smarter, cooler and at heart nobler and more courageous than most other people. She wrote with elegance and a deep knowledge of human nature. Unlike the pre-modern crime writers, in which two-dimensional characters solved crimes with the help of plausibility-straining coincidences and comically unrealistic “hunches” (Poirot, Miss Marple, Peter Whimsy), James created whole casts of three-dimensional characters who seemed as though they had stepped into her pages from real previous lives and would continue on with their real lives after she was done with them (those who had not been bumped off or incarcerated, that is).

P.D. James will not be forgotten. She is forever ensconced in the Great Canon of British crime writers; her works will endure. How fitting that her last novel, Death Comes to Pemberley, recently aired as a Masterpiece Mystery, celebrates the beloved characters of Jane Austen’s Pride and Prejudice. Both writers knew that social mores change, but people never tire of good characters triumphing over evil.