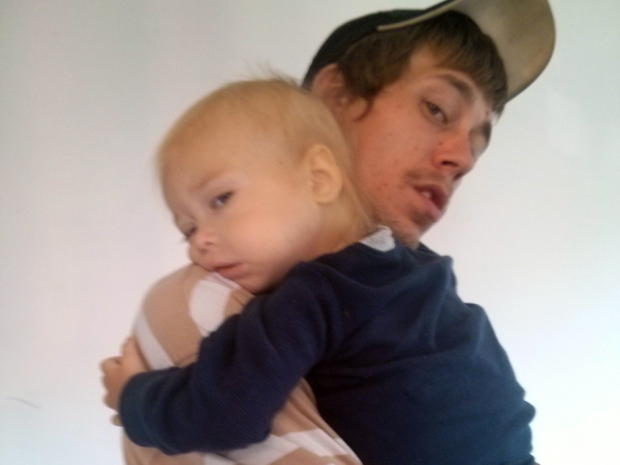 Barbara Kay: Parental rights are trumped when decisions are based on ignorance

Marco Pedersen with his son Aiden, who has acute lymphoblastic leukemia. “I used to be a proud Canadian. I was proud of my health care … Now I come to find out that at the end of the day, I don’t have a say in anything,” the father said.

When a child is critically ill, who has the final word on treatment – both the “if” and the “what” regarding treatment – when doctors and parents disagree? In Canada, the question has been settled, and more than once, by courts that have consistently ruled against Jehovah’s Witnessses parents who, if not coerced into compliance, would have refused blood transfusions to their children in deference to their faith’s tenets.

The Supreme Court of Canada ruled that state intervention is a legitimate limitation on religious freedom, privileging the rights of a “child in need of protection” over parents’ Charter rights to freedom of conscience and religion. The decisions were clear-cut. They disappointed Jehovah’s Witnesses, but satisfied most other Canadians, who do not believe prayer cures disease, and for good reason.

When similar medical stories occur in aboriginal families, though, where a whole culture, not just a religious belief, is the issue, it is a more complicated affair, involving alternative healing remedies going well beyond prayers, some of which may or may not be something more than placebos, not to mention historical and political baggage that create ambivalence in the institutional players.

Last May we saw a perfect case in point: an 11-year old aboriginal child (no longer to be named; I will call her MS) from the Ojibwe reserve of the New Credit First Nation, afflicted with a rare form of leukemia touching fewer than five percent of children with the disease. Once unrelievedly grim, the prognosis for those afflicted today is far more optimistic, with medical protocols estimated to give MS 70% odds of survival if followed to completion. Brant Family and Children’s Services had the law on their side. They could have forced MS to continue the unpleasant, aggressive chemotherapy she hated, but chose the “humane” course of acquiescing to the family’s – including the girl’s – wishes, freeing her to pursue a protocol of painless native healing oils and cultural rituals in which the family placed great faith.

A new case, involving neither religious faith nor native culture, has presented itself. Toddler Aiden Pedersen was diagnosed last month with acute lymphoblastic leukemia. His father, Marco Pedersen, refused to consent to chemotherapy treatment for the boy, which he (erroneously) considers “a death sentence.” The Ottawa Children’s Aid Society having been summoned by the Children’s Hospital of Eastern Ontario, convinced the mother, Erica, to give her consent, and treatment was so ordered. But the father remains adamantly opposed. His access has been restricted and he will argue to have the order overturned in court Oct. 14.

Mr. Pedersen’s preferred treatment is cannabis oil, much easier on the body, and apparently endowed with cancer-fighting potential, according to some lab and animal (but not human) studies. A British charity, Cancer research UK, suggests further research is warranted, but cautions it would be “highly misleading to patients and their families” to assume cannabis oil is in any way a proven treatment.

Mr. Pedersen cannot invoke his Charter rights to deny his son standard medical care. His belief in cannabis oil is based neither on conscience nor religious faith. It is in fact based in ignorance. His idea of a “case” is that parents have the right to make these decisions because “they were obviously given the child for a reason, so isn’t it they who are supposed to protect that child and ensure that child comes to no harm?” But as McMaster Children’s Hospital Peter Fitzgerald, riposted, “The reality is a parent or substitute decision-maker cannot make decisions that will cause harm.”

Some observers see similarities in the two cases. I find them quite dissimilar. Mr. Pedersen is an individual who is scientifically ignorant, and in perspective no different from the conspiracy theorists who believe vaccines cause autism. His preferred treatment will not protect his child, as he believes. His view should not prevail.

But in the case of MS, a long ancestral tradition of healing stands behind her parents’ belief system. As Christie Blatchford noted, citing a community leader in a June commentary on her situation, “To many of [MS’s] reserve’s people, Western-style medicine is alternative health-care and native remedies the mainstream.” There has been a resurgence of belief in culturally-rooted “ways of knowing,” encouraged by liberal multiculturalists, who consider cultural stasis in native culture a vehicle for identity pride. So they should not be surprised when identity pride bleeds into ways of knowing that may have existential consequences.

The Pedersen case is an anomaly with no political implications, and nobody should waste a minute’s sleep over it. I predict there will be more cases of culturally-rooted native resistance to “white” healing practices – and the implications are worth Canadians losing more than a few minutes’ sleep over.