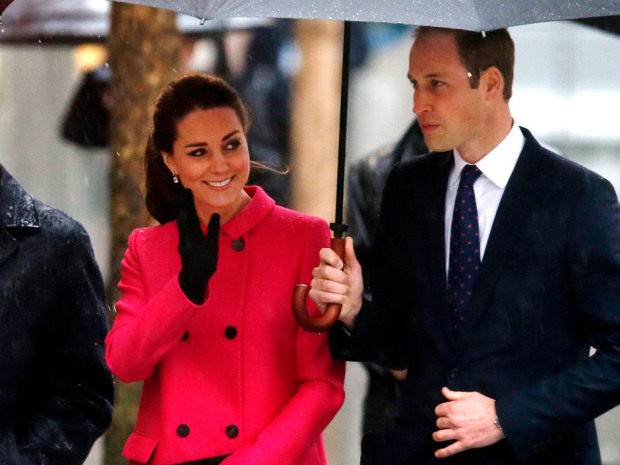 William’s campaign to save the rhinos and the elephants would be far more praiseworthy if he were to get out in front of history and take the bold step of giving up hunting animals for sport altogether.

Prince William and Her Royal Highness Kate are in the U.S. for a few days, fitting other activities around a conference in Washington, where the prince spoke Monday on the illegal wildlife trade – a passionate personal interest – calling it “one of the most insidious” kinds of corruption imaginable. “Wildlife crime goes to the heart of our security,” the prince said. “It recognizes neither national borders nor national interests. It distorts economic development, undermines the rule of law, and fuels sources of conflict.”

Before making his appeal to the International Corruption Hunters Alliance at the World Bank, William met privately with President Obama to enlist his support for his cause, and received warm assurance of U.S. cooperation. William cited as particularly odious the poaching deaths of rhinos for their horns, which, ground into powder, many Vietnamese people, for example, erroneously believe is a cure for cancer. Rich Vietnamese have funded the deaths of more than 2,000 rhinos in the past two years alone.

William’s concern for endangered species like elephants and rhinos is exemplary, high-minded in fact. Last winter, William reportedly told primatologist Jane Goodall that he felt Buckingham Palace’s ivory collection of some 1200 artifacts should be destroyed (an idea his father, Prince Charles reportedly called “naïve and stupid”). But it is endearing that he feels so strongly about these creatures. It is also the kind of motherhood activism that can’t get him into any political trouble. What national group or political belief system could possibly be offended by a proponent of species conservationism?

Nobody. And yet, optics-wise, there is a weird disconnect between the prince’s passionate alignment with the salvation of certain species, and his well-known passion for killing other species. William and Harry learned to hunt at the respective ages of 10 and 7, in spite of Princess Diana’s opposition. William remains an avid hunter, at home and abroad. Of course, he never hunts endangered species (although he did kill an endangered bird by “mistake” on an African hunting safari). Still, as Kevin Health of Wildlife News remarked in 2013, “when you are high-profile and a little trigger-happy, then [giving up hunting] reduces the chances of looking like a hypocrite and idiot.”

Just how “trigger-happy” is William (and his family)? Well, at Finca La Garganta, a shooting estate owned by the Duke of Westminster, Britain’s third-richest man and one of William’s godfathers, William and his brother Harry shot 740 captive-reared partridge in a single day, according to a report in the Daily Mirror last February. That’s not a patch on William’s grandfather, Prince Philip, a founding patron of the World Wildlife Fund, who reportedly killed 15,500 captive-raised birds in one five-week spree at Sandringham — a record broken in 1987 when he and his sons, Charles, Andrew and Edward, shot nearly 18,000 captive-raised pigeons, pheasants, partridges, ducks, geese, and rabbits at Sandringham.

That’s the kind of recreational profligacy that does not sit well with animal activists for whom all animals should have a claim on our sympathy. As Best Friends Animal Society cofounder Michael Mountain blogged in February 2012, “When William describes those who are killing wildlife in Africa as ‘international criminals,’ he would do well to take a long look in the mirror. It’s all very much a case of the fox guarding the chicken coop – unless you’re one of the 159 foxes who were killed on the Windsor Estate last year.”

According to Animals 24-7.org, members of the royal family have been frequently investigated for cruelty in relation to hunting practices. In 1996, the Scottish SPCA questioned staff at the Queen’s Balmoral and Dalnadamph estates concerning allegations that they illegally culled deer by chasing them into pens with off-road vehicles.

Animals sometimes have to be culled. I get that. But I don’t understand hunting animals for fun. I never have. I realize that hunting is more than the sum of its parts. There are cultures – Britain is one – in which hunting is associated with manliness and nobility. Conservation and hunting may seem like strange bedfellows to us proletarians, but they apparently co-exist in harmony for people like the royals.

But cultures evolve. The British used to kill lions for pleasure in Africa, but wouldn’t dream of doing so today, even if lions were as plentiful as pheasants. Someday shooting pheasants will also be seen as a retrograde form of recreation. William’s campaign to save the rhinos and the elephants would be far more praiseworthy if he were to get out in front of history and take the bold step of giving up hunting animals for sport altogether.