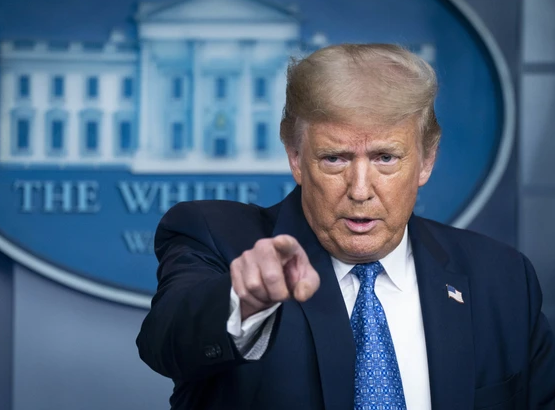 Barbara Kay: The epic lies partisan media and Democrats used to try to take down Trump

Before focusing on Trump as the object of suspicion, Clinton’s operatives should have been put under the microscope

Donald Trump is an awful human being: narcissistic, abusive, arrogant, vengeful, untruthful, sexist, bombastic and sporadically unhinged, most undeniably so when he lost the 2020 election. But that doesn’t mean he was a Russian asset during the 2016 election campaign, as alleged in the infamous “Steele dossier,” the foundation for a conspiracy theory that has been embraced by the Democrats and their media allies since the former president came to power.

Now collapsing under the weight of Special Counsel John Durham’s methodical probe, the Russia collusion hoax may be, as one conservative pundit inelegantly put it, “the most successful ratf—ing enterprise in American history.”

If the Steele dossier had been given a tenth of the transparent scrutiny the Jan. 6 Capitol riot is receiving, Trump’s tenure might have been 10 times less divisive than it was. Specifically, Americans might have been spared the counter-theory circulating amongst Trump’s paranoid base that his presidency was continually sabotaged by a media-abetted cabal of partisan intelligence and law-enforcement agents.

Their paranoia wasn’t unfounded, alas. So why not also believe the 2020 election was stolen? As Wall Street Journal editorial writer Barton Swaim put it : “four years of subversion, slander and scorched-earth resistance made (Trump’s) cockamamie claims sound credible to a large audience of otherwise sane and sensible Americans.”

The 35-page Steele dossier, allegedly composed by former British MI6 agent Christopher Steele, was channelled through a commercial research firm known as Fusion GPS. It began as garden-variety opposition research undertaken by Hillary Clinton supporters, in the hopes of branding Trump as a puppet of Russian President Vladimir Putin.

Trump being Trump, it’s no stretch to believe he could have fallen victim to a honey trap during his 2013 visit to Moscow for the Miss Universe pageant, as the dossier alleged (although the disgusting hanky-panky described therein clashed so absurdly with Trump’s well-known germaphobia, it was quietly disappeared), or that his business interests in Russia might have swayed his political judgment. But these are side circuses. The real question is: did Trump literally collude with Russia to manipulate the 2016 election or not?

The reigning narrative positioned Steele as a credible source with a proven record for funnelling solid information to the U.S. government. And so, the story goes, when he found “troubling” evidence of Trump’s collusion, Steele brought it straight to the FBI.

In truth, Steele had no special standing with anyone. The Steele dossier was funded by the Democratic National Committee and the Clinton campaign through its law firm , Perkins Coie; its objective was to whip up the core allegations against Trump.

Before focusing on Trump as the object of suspicion, the House and Senate intelligence committees — not to mention the media — should have immediately put Clinton’s operatives under the microscope. Durham’s investigation has done exactly that. And what do we see?

We see Russian emigrant Igor Danchenko revealed as Steele’s primary source. Danchenko worked at the Washington, D.C.-based Brookings Institution, a centre-left think-tank, from 2005 through 2010, so was well connected with Democratic elites. He was recently indicted on five counts of making false statements to the FBI.

According to the indictment against him , Danchenko was in fact receiving much of his “information” from a man who has been revealed to be Charles Dolan, the former head of the Democratic Governors Association and state chairman of Bill Clinton’s 1992 and 1996 presidential campaigns. The indictment notes he was an active “volunteer” on Hillary Clinton’s 2016 campaign.

But Dolan had also spent much of his career focused on Russian affairs, including a 2006-2014 stint handling “global public relations for the Russian government,” which involved frequent interactions with Russian officials and Russian Embassy personnel. The indictment alleges that in the run-up to the 2016 election, Dolan attended at least three meetings at the Russian Embassy in Washington, D.C.

Dolan was apparently not put off by Danchenko’s sketchy background, though he acknowledged it in a 2016 email to an acquaintance, in which he allegedly wrote that Danchenko “is too young for KGB. But I think he worked for FSB” (the KGB’s post-communism iteration). He then coolly noted (wink emoji), “And when I first met him, he knew more about me than I did.”

Both Danchenko and Dolan attended an October 2016 conference in Russia, which Dolan helped plan. In a June 2016 planning trip, Dolan is said to have toured the presidential suite at the Moscow hotel where the Trump honey trap allegedly occurred. While at the conference, Dolan and Danchenko are also alleged to have had meetings with senior officials at the Kremlin — taken, according to Dolan, without direction from, or even awareness by, the Clinton campaign.

Well, he would say that, wouldn’t he.

The long list of politicians, government agency honchos and supportive media who knew or suspected the Steele dossier was bollocks, but desperately clutched at any straw that might unseat Trump, and then brazenly underwrote its trustworthiness for public consumption, is sobering.

To cite just one example, whose shamelessness speaks for all, Adam Schiff, the top Democrat on the House intelligence committee, frequently stood before his peers in Congress and fiercely but falsely claimed to hold evidence of Trump’s criminal conspiracy with Russia. Collectively, they were crazed Captain Ahab; Trump was their Moby Dick.

On Nov. 4, the Washington Post, which for years dedicated itself to endorsing the Steele dossier, offered what, if you squint hard, looks like an apology for its epic investigative failure: “The (Durham) allegations cast new uncertainty on some past reporting on the dossier by news organizations, including the Washington Post.”

The Wall Street Journal, by contrast, is coming up roses. Its editorial board and columnists — Holman Jenkins, in particular, who, skeptical from Day 1, has covered this story responsibly and in depth — deserve the Pulitzer prizes that were wrongly bestowed for coverage of this, ahem, “ratf—ing enterprise,” on the Washington Post and the New York Times.