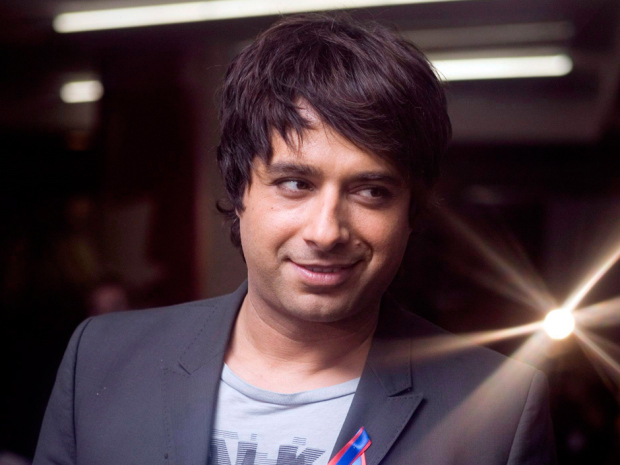 CBC radio host Jian Ghomeshi was fired by the network on Sunday.

According to Eizabeth Kübler-Ross’s famous thesis, the moribund experience five cognitive stages from the moment they learn they are dying to death itself. On Sunday, I came to understand that a figurative “dying” — say, one’s uncomplicated admiration for a national media treasure — can follow the same trajectory.

The CBC fires their internationally popular and domestically loved star, Jian Ghomeshi. More than shocked, I am incredulous. What can this creative, amiable, cool, unthreateningly mellow young man with the fabulous hair, twinkle in his eye and boyish grin have done to merit exile from Canada’s version of media paradise?

Robyn Urback on Jian Ghomeshi: It’s foolish to take a side — either side — without the facts

Let’s review the facts of the Jian Ghomeshi scandal so far. One; on Sunday, CBC fired Jian Ghomeshi. Two; on Monday, Ghomeshi filed a $55-million lawsuit against CBC, claiming defamation and breach of confidence. That’s it.

Put aside the allegations of choking, hitting, scorned lovers and personal vendettas for a moment; if we take a step back, and look at what has been confirmed by both sides, we don’t even know that the former host of Q was dismissed for reasons of sexual conduct — personal or otherwise. In a statement posted on his Facebook page Sunday, Ghomeshi said that he had been fired from the CBC “because of the risk of my private sex life being made public.” Yet the CBC hasn’t actually confirmed the nature of the dismissal, simply saying in a release that its “relationship with Jian Ghomeshi has come to an end.”

That Ghomeshi is suing the CBC for $55-million suggests some terrible mistake has been made. I feel sure the ominously vague “information” guiding the CBC’s decision will turn out to be a hoax, and it will end with CBC’s blushing admission of a decision made in haste and repented at leisure, with Ghomeshi reinstated after a dignified acceptance of their abject apologies.

I read Ghomeishi’s long Facebook page explanation. Ah, so it was all about his sex life, which was none of the CBC’s business! A bit kinky, to be sure — “adventurous,” with elements of “role-play, dominance and submission,” as Ghomeshi puts it — but consensual. It was his private life and would have stayed private, if it hadn’t been for the fury of a jilted lover who, according to Ghomeshi, orchestrated a campaign with other women to “smear” him, accusing him of non-consensual rough stuff he claims both parties signed on for.

Well, false allegations of rape and domestic violence by spurned or thwarted women are something I know from my research are far more prevalent than most people believe. “I have lost my job based on a campaign of vengeance,” Ghomeshi asserts. Entirely plausible. How dare the CBC fire him before due process convicts or acquits him?!

I read the long Toronto Star account of the affair. Hmm. Some unsavoury details in the allegations of physical abuse — entirely unproven and off-the-record though! — made by several other women against Ghomeshi over the last two years. They claim to have suffered unpredicted, non-consensual hitting, smacking and choking. There is also a report of a CBC staffer who claims Ghomeshi groped her and told her he wanted to “hate-f—k” her. The staffer claims that when her union rep took the incident to a CBC producer, the response was to shift the blame to her for creating a “toxic workplace.”

Okay, I have to say I’m uneasy at this point. It is possible that Ghomeshi may have some issues with his behavior toward women. There’s something that looks like a “pattern of behaviour” (a phrase Ghomeshi pre-emptively dismisses in his account.). But his alleged victims never filed charges against him, right? The CBC staffer didn’t make a formal complaint, right? So we really have no on-the-record proof of anything. So the CBC still could have jumped the gun here, right? If all these rumours prove false, Ghomeshi and the CBC could work something out, right?

I read a June, 2013 blog post – unsophisticated writing, but exuding authenticity — by a young woman, Carla Ciccone, written for a site called xojane.com. It’s about a guy “I’ll call Keith,” who “has a successful radio show in Canada,” and owns a black-and-red car, “the colours of my show.” Keith is universally understood to be a pseudonym for Ghomeshi.

I read this with a sinking heart.

Carla has assumed Keith was gay, so is unprepared when a “date” with him turns awful. She makes it clear he is not attractive to her sexually, but he plows on with self-aggrandizing patter and physical advances. Carla is grossed out. Her post has been shared on Facebook over 7,500 times. Even though Ciccone doesn’t accuse Keith of rape or serious harassment, she does portray him as so pathetically insecure that he is incapable of reading social or physical cues by others. I conclude that herein lies the character flaw that has brought Ghomeshi from the heights to the depths in a tragic drama that inspires Aristotle’s requisite “pity and terror.”

As the former star of Q was wont to say, “to be continued.”