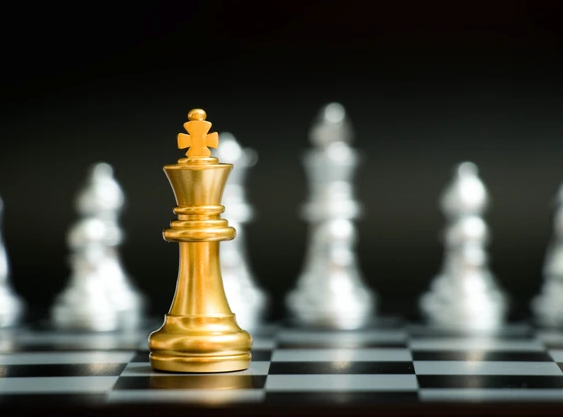 Barbara Kay: The glaring flaw of ‘The Queen’s Gambit’ that no one wants to mention

Don’t shoot the messenger, but no woman has ever won a world chess championship. Or even come close

Thanks to a well-crafted Netflix series, “The Queen’s Gambit,” chess is having more than a moment this season. Google chess searches doubled from October to November, and participation in online chess sites is soaring.

A true savant, Fischer’s cognitive abilities were freakish. Hanging out in Reykjavik a few days in advance of that 1972 championship match, he called a friend, whose daughter spoke to him in Icelandic, which was (then) gibberish to him. Yet the next day he could reproduce exactly what he heard to an Icelandic player, who told him it meant her father was away. But he was also mordantly fearful of losing. He retired after beating Spassky, so he wouldn’t have to face rising prodigy Anatoly Karpov.

In “The Queen’s Gambit,” set in the 1960s, Kentucky protagonist Beth Harmon is an eight-year-old orphan whose near-instant proficiency in chess quickly blooms into recognized genius. She blazes past elementary levels that the common run of players must plod through, aided by unbidden nightly visions of a chessboard on her bedroom ceiling full of ghostly gliding chess figurines.

Her trajectory isn’t unheard of. Fischer’s special light began to shine at age 11 and within four years he was a contender for world dominance. Norwegian child prodigy Magnus Carlsen is the reigning world champ, and arguably the greatest chess player of all time. (Chess proficiency is quantifiable. A good amateur’s rating is 1300, a grand master’s 2500; Carlsen’s is 2882, the highest rating ever.) At age 12, Carlsen played former world champion Garry Kasparov to a draw. In 2016 he played a 70-game “simul” (all games simultaneously), winning 69, the other a draw.

You don’t have to understand or play chess to get hooked on Beth Harmon’s thrilling journey to the championship. The story has as much to do with relationship issues emerging from orphanhood, addiction, obsession and the United States-Soviet Union rivalry as with the game itself.

Great care was taken to bring the era and the world of chess to life with fidelity, creating an environment of perfect authenticity. Except for one elephant-size detail hiding in plain sight that went entirely unmentioned in the several glowing reviews I read: namely, that no female has ever won a world chess championship. Or even come close. Or is likely to. Beth Harmon is a fantasy figure cut from whole creative cloth.

Please, readers who ascribe gender disparities in achievements requiring a super-high IQ to social construction, don’t shoot the messenger. Chess is played everywhere in the world. The male:female ratio of grandmasters is about 1,000:50. Chess has two divisions: Women’s and Open. Women can play in both, but if it weren’t for the Women’s division, most would drop out altogether. Debate on the issue of the Women’s division, I am told, has been raging for decades in the chess world.

It is in fact an ideological assertion to declare that female chess players could take the world championship given the right “nurture.” Laszlo Polgar, a researcher in intelligence, set out in the 1960s to prove it was nurture, raising three daughters in a chess bell jar from earliest childhood. All were outstanding chess players, and the youngest, Judit, did make it to the rank of eighth-best in the world (and beat some of the best male players in individual games). But she never came close to the world championship her father dreamed of.

A male friend of mine is a “candidate master” (2050 rating). It’s only a serious hobby for him, so he has no status amongst Canadian male players, but he would beat all but a handful of Canada’s best women players (Canada has no female grandmasters.) The best female chess player today, China’s Hou Yufan, has won the Women’s world championship four times, but her peak rating of 2686 puts her 86th amongst today’s top 100 players, and a full category behind Carlsen.

We can’t blame the disparity on gatekeepers or bias in coaching. “The Queen’s Gambit” shows, authentically, that any kid is welcome at any chess club. Once promise is shown, gender is a non-issue. As Harmon systematically overtakes all her former male peers, they respond with deference and offers of support rather than resentment.

In a 2015 Aeon magazine article titled, Where’s Bobbi Fischer?, New York writer Hana Schank struggled to explain the chess gender gap with the argument that the recruitment pool was male-skewed. Up to Grade 3, she found, girls have been taking up chess in record numbers. But once it becomes competitive, the girls tend to drop out “at a furious pace.” Still, amongst those girls who do persist — and female persistence in chess is far more common in other countries such as Russia, China and India than in North America — there should be at least a few over the centuries, at least one, to achieve parity with the top-ranking men. Schank makes a valiant pitch for external factors, like too few female coaches, being the problem, but they are not persuasive. Geniuses do not require gender models.

To me, chess is so universally standardized, accessible and culturally unencumbered an activity, it can be considered a control experiment in sex-based differences between men and women. I happen to subscribe to the male variability hypothesis, which posits male dominance at the highest and lowest ends of the cognitive scale, so the chess sex gap doesn’t disturb me at all.

In any case, elite chess demands more than extraordinary intelligence. It also demands long-term single-mindedness, high tolerance for defeat on the learning curve and nerves of steel at the higher competitive levels. Men tend to outperform women in these areas, although such traits have their downside. The Caliph Muhammad al-Amin, ninth-century ruler of the Abassid empire, for example, could not bear to abandon his winning gambit in a chess game, even as marauders were penetrating his palace. They decapitated him, alas. But not before he had checkmated his opponent! Can you imagine a woman ruler making that trade-off? Me neither.