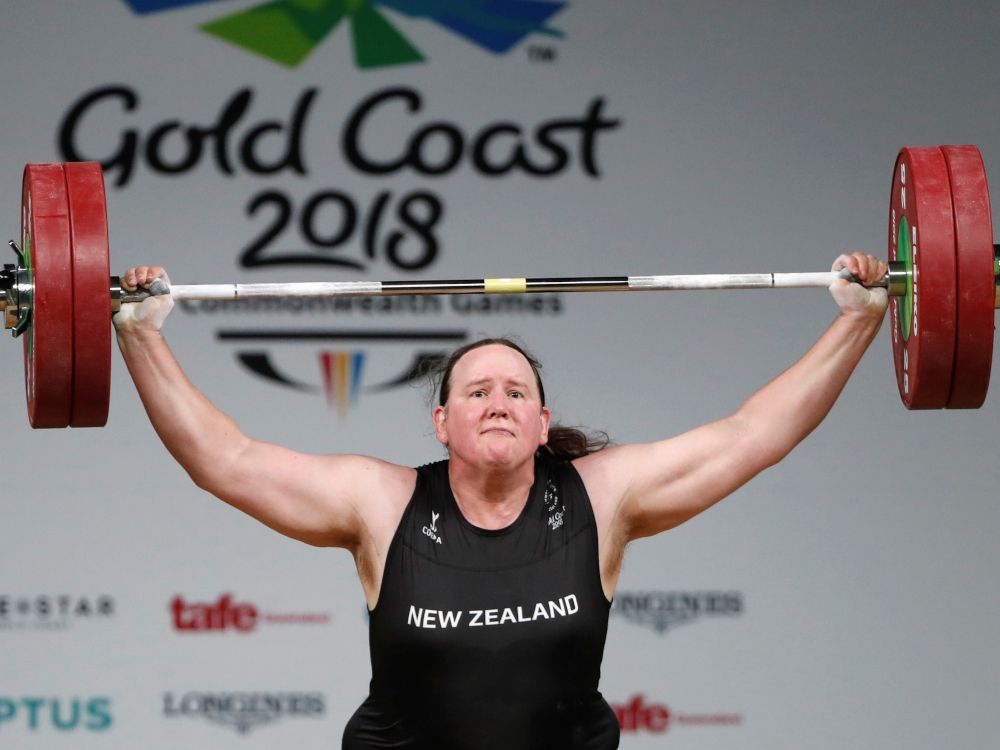 Barbara Kay: Transgender weightlifter may expose the unfairness of trans athletes in Tokyo

If Hubbard wins, observers will see that an aging natal-male athlete who could never hope to be on an Olympic men’s podium can win a medal in the women’s division

There are nine trans athletes hoping to compete at the Tokyo Olympic and Paralympic Games this summer. All of them — whether born male or female — are seeking spots on women’s teams (transgenderism is a non-issue in men’s sport).

Only one of the nine is assured a berth: New Zealand weightlifter Laurel Hubbard, now 43, who made her first lift in international women’s sport in March 2017, and will compete in the over-87 kilogram “women’s super-heavyweight” category, which is scheduled for Aug. 2.

Barbara Kay: Transgender weightlifter may expose the unfairness of trans athletes in Tokyo Back to video This Olympic first should be a triumphant moment for the trans rights movement. Unfortunately, some uncomfortable optical burrs clinging to Hubbard’s story have the potential to turn a personal victory into a defeat for the broader movement.

Before transitioning, Hubbard competed under the name Gavin and was New Zealand’s junior men’s champion and a national record holder. By age 34, Hubbard had plateaued. Yet after transitioning in 2012, Hubbard saw years of success in the women’s division. At the time, nobody dared criticize Hubbard.

Then, Hubbard took the gold in the 2019 Pacific Games, dashing the hopes of Feagaiga Stowers of Samoa, who had been favoured to win. Stowers, a humble young woman who had overcome extreme deprivation to find personal happiness and success through weightlifting, was thrilled to carry Samoa’s flag in the Games’ opening ceremony.

The striking contrast between a disadvantaged female of colour being overpowered by a silver-spoon legatee of white settler privilege who previously competed in men’s weightlifting was not a good look on Hubbard. International etiquette forbade voiced protest, but the image of Stowers’ head bowed in second-place humiliation on the podium spoke volumes.

Inside the Games is an Olympic news website, which is not associated with any political agenda. In May, Mark House, an American attorney and International Weightlifting Federation official, published a measured, well-considered essay in it, titled, She Qualified Fair and Square, But Here is Why Laurel Hubbard Should Not Compete at Tokyo 2020. His thesis: Hubbard’s “participation will seriously diminish the chances of having a rational discussion about transgender policies. She should not take her opportunity.”

House first notes that as Gavin, Hubbard hit a 300-kilogram total in the over-105 kilogram men’s category, which — at the 2019 Junior World Championships — “would have been good enough for last place by 31 kg.” Gavin Hubbard was, he says, a “talented, but not a world-calibre athlete.”

House then assesses the many excellent female weightlifters who deserve Olympic medals in Tokyo, but could lose to Hubbard. “The question then becomes,” House writes, “Is Laurel Hubbard the person advocates want to be the face of transgender policy?”

If Hubbard wins, observers will see that an aging natal-male athlete who could never hope to be on an Olympic men’s podium can win a medal in the women’s division, validating the claims of those who advocate for strict sex-based guidelines for entry. Hubbard would be highlighting “the fact that men should not be competing in women’s sports,” writes House. To believe that average sports fans will view such a spectacle through a lens of gender theory and a principle of inclusion over fairness is delusional.

Unfortunately, the rules that allow Hubbard to qualify are themselves delusional and unfair. The current transgender International Olympic Committee (IOC) policy sets the conditions that, firstly, the athlete “has declared that her gender identity is female,” which for sporting purposes cannot be changed for four years (in Canada, an athlete may change identity at will, even from season to season, under guidelines set by the Canadian Centre for Ethics in Sport).

Secondly, the athlete must demonstrate that her total testosterone level in serum has been below 10 nanomoles per litre for at least 12 months prior to her first competition. But the average range for elite female athletes is between 0.26 to 1.73 nanomoles per litre. So, House writes, “Essentially, the policy of the IOC is that a transgender woman may have five times the average total testosterone of a biological woman.” In any case, there is abundant evidence that higher male testosterone is but one factor, and not the most important, in the “insurmountable” post-puberty male advantage.

Moreover, House muses, it is not hard to imagine the “parade of horribles” that may follow a Hubbard gold medal. The new IOC policy opens the door to a new form of cheating for certain unscrupulous regimes that needn’t be named, for we all remember their scandalous coerced doping of young girls to win medals back in the day.

House plausibly envisages one of these nations coercing “second-tier male athletes to declare their gender as female, comply with the 10 nmol/L rule and dominat(ing) the women’s events. With the requirement of sex reassignment surgery removed, the athlete could compete as a woman for a couple of Olympic cycles, then stop taking the suppression therapy after winning for a decade.” Think it could not happen? Try to think like Russian President Vladimir Putin.

When Hubbard dashed Feagaiga Stowers’ justified expectations in 2019, Mata’afa Keni Lesa, editor of the Samoa Observer newspaper, was incensed. He wrote: “We are talking about sports here. One of the values of sport is fairness. We cannot say that allowing a transgender to compete against women is fair. It is grossly unfair for women like Stowers, or all women, for that matter.” He added: “We talk a lot about empowering women, (but) this does not empower women. If anything, it is taking power away from them.”

Just so. House is not alone in hoping that Laurel Hubbard will choose not to compete in Tokyo. But, ironically, there are a number of female athletes who calculatedly wish for quite the opposite outcome: that Hubbard not only competes, but wins.

They reckon that the battle for protecting women’s sex-based rights in sports needs a shock-and-awe image that embodies the travesty of the Olympic spirit wrought by gender ideology. Something to bring a critical mass of sport fans across the globe to their feet in outrage. Otherwise, women’s sport — and therefore sport in general — may be doomed.