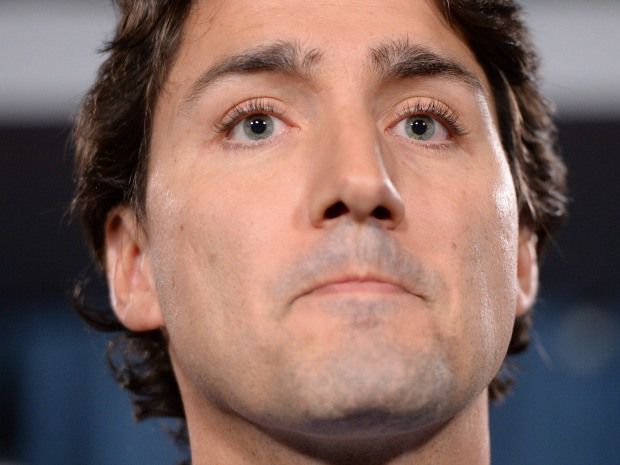 Barbara Kay: Trudeau had a ‘duty to act’, but he should have acted responsibly

Liberal MP Massimo Pacetti allegedly had sex in his hotel room last March with a political peer, an unnamed NDP MP, who informally complained about the encounter to Liberal leader Justin Trudeau. Without consulting her wishes, Mr. Trudeau promptly publicized the names of Pacetti (and another Liberal MP, accused by another woman of a separate offence, not my subject today) and removed them from caucus on the grounds that he, Trudeau, has a tendency to believe women complainants. The two men have to date not been charged with any crime, nor have they been invited to take part in any due process during which they could corroborate or deny the alleged offences.

What or whom Trudeau tends to believe is irrelevant to justice, and he should have realized that.

Mr. Trudeau’s confidante was not amused in the least by his chivalrous gesture. As she told Global News on Thursday, “I’m not feeling better than before I talked to Mr. Trudeau.” Indeed, “It’s really worse for me at this time.”

Worse than for Mr. Pacetti? Cloaked in anonymity that still protects her, the MP followed up Mr. Trudeau’s outing of Mr. Pacetti with free-ranging talks to various media about her perception of what happened, the lynchpin of her accusation hovering around the lack of “explicit consent.” She also reserved the right to maintain silence on features of the incident that invite quizzical eye-narrowing, such as the fact that she provided the condom. Quite naturally, Mr. Pacetti was “troubled that the complainant chose to air these allegations in the media as this is inconsistent with statements conveyed through her Party that privacy and fairness must be respected for both sides.” The Liberals have called for an “investigation.”

Sigh. That word – investigation – is such a downer. It means time, money, interviews, committees, suspenseful agony for the accused: and to what good? It’s still going to be “he said/she said” in the end, and the consequences will almost surely not be what the complainant actually sought in the first place.

What should Mr Trudeau have done when the MP confided her story to him? He should have asked her: Why are you telling me this story? What do you hope will come out of it? At that point she would doubtless have said, based on what she is now revealing, that all she wanted was to raise awareness of behaviours unbecoming men in Mr. Trudeau’s caucus.

In situations like this, I am told by employment lawyer David Whitten, a partner at Whitten & Lublin, a simple apology is often what the complainant seeks. Mr. Whitten says that in his line of work, he advises employers who receive complaints of sexual harassment or bullying, whether they are inclined to believe the accuser or not, that the first thing to do is to establish the scope of the alleged injury. Was it a comment? Physical touching? How pervasive is it? Was it once? Chronic? The next – and he stressed the most important – step is to ask the complainant the expectation he or she holds with regard to the alleged offender. Does the putative victim want him or her fired? Criminally charged? Or…an apology? Sometimes a conciliation meeting is all that is necessary to resolve an issue, and if that is the case, doesn’t it make sense to ask first, and only if necessary shoot later?

In the case of Mr. Pacetti, Trudeau showed very poor judgment. What or whom he tends to believe is irrelevant to justice, and he should have realized that. Investigations, Mr. Whitten tells me, can cost in excess of $50,000 in a workplace, and I would assume they would cost the same or more in government. What, on the other hand, would it have cost Mr. Trudeau to ask the disgruntled MP precisely what it was that would close the loop on her discomfort? That would have been the course of wisdom, maturity and fairness and resulted in the MP’s continuing privacy, while Mr. Trudeau conducted a quiet personal discussion with Mr. Pacetti, at which point the accused could have offered his side of the story. Only then should Mr. Trudeau have deliberated over whether further action was necessary.

Mr. Trudeau claims he had a “duty to act” on the MP’s story. What I have just outlined as an alternative to what actually happened answers to that description. Instead, Mr. Trudeau chose to interpret “duty to act” as a chance to score political points with women, and grabbed it with both hands.