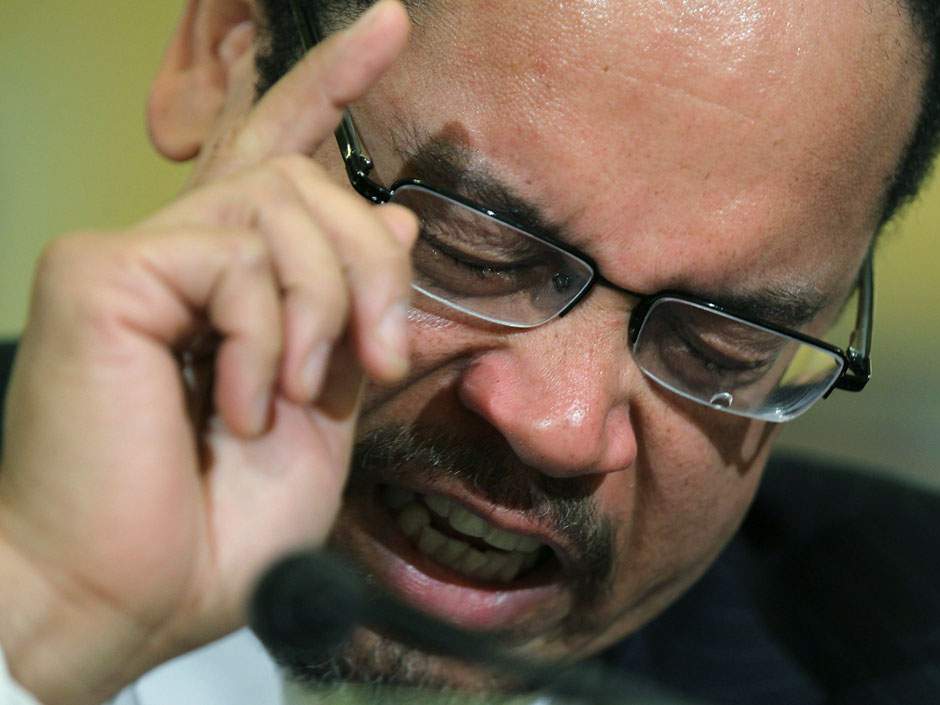 U.S Rep. Keith Ellison became emotional while testifying at a hearing before the House Homeland Security Committee in 2011 on "The Extent of Radicalization in the American Muslim Community and that Community's Response."

Until president-elect Donald Trump named Reince Priebus, the Republican National Committee chairman, as his chief of staff, there was concern that the job might go to Stephen Bannon, chief executive of the Trump campaign. Instead Bannon got another plum job as chief strategist and senior counsel.

The double appointment evoked mixed feelings. Priebus telegraphs knowledge, prudence and competency. Bannon not so much. His Breitbart web site devoted itself very aggressively to securing a Trump victory and smeared anyone perceived as an obstacle, while providing a podium for nativist, sexist and anti-Muslim views that would not have been granted legitimacy in any respectable publication.  This is pretty scuffed-up baggage to lug into the White House.

In 1990, Ellison helped sponsor a talk at his law school on the topic: “Zionism: Imperialism, White Supremacy or Both?”

There’s another appointment under consideration that I find even more concerning. On Friday, support started coalescing to install Minnesota Rep. Keith Ellison as head of the Democratic National Committee. If Bannon’s baggage is scuffed up, Ellison’s is so battered it’s held together with duct tape, but with dirty laundry still spilling out the sides.

Keith Ellison grew up Catholic in Detroit and converted to Islam as a student at Wayne State University before going on to the University of Minnesota law school. As a third-year law student, writing under the name of Keith Hakim and as an advocate for the Nation of Islam (NOI), Ellison defended NOI spokesman Louis Farrakhan, renowned for his hatred of whites and Jews, and black supremacist Khalid Abdul Muhammad.

In 1990, Ellison helped sponsor a talk at his law school by black separatist Kwame Ture (Stokely Carmichael) on the topic: “Zionism: Imperialism, White Supremacy or Both?” the content of which was starkly anti-Semitic. Ellison continued to involve himself with the NOI, many of whose members were publicly and aggressively anti-Semitic. He also continued to defend Farrakhan against charges of racism and anti-Semitism in the face of indisputable evidence to the contrary.

Finally realizing his associations would prove a liability to his political career, Ellison wrote a letter to the local chapter of the Jewish Community Relations Council, in which he tried to walk back his long involvement with the NOI as a superficial and benign 18-month affiliation. The letter was a farrago of lies. As journalist Joe Kaufman, founder of Americans Against Hate, wrote: “Indeed, although he has since denied it, Ellison was involved with NOI for ten long years. In that time, he participated in NOI rallies, including the Million Man March hatefest; he defended NOI hate speech; and he used such NOI aliases as Keith Hakim, Keith X Ellison, and Keith Ellison-Muhammad.”

In a July 2007 speech Ellison compared the U.S.military response to 9/11 with the reaction of the Nazis to the 1933 burning of the Reichstag.

Ellison won his first congressional election in 2006, and has been re-elected every two years since then. As a congressman he has demonstrated a tendency to say very stupid and jarring things. In a July 2007 speech, for example, Ellison compared the U.S.military response to 9/11 with the reaction of the Nazis to the 1933 burning of the Reichstag in Berlin. “It’s almost like the Reichstag fire, kind of reminds me of that. After the Reichstag was burned, they blamed the Communists for it, and it put the leader [Hitler] of that country in a position where he could basically have authority to do whatever he wanted.”

A full account of Ellison’s dubious or extremist affiliations and disquieting public statements can be found here.

From now on, because of the great revulsion so many Americans feel for Trump, there will be microscopic scrutiny applied to every one of his appointments. That’s fine. But there should be no double standard. If someone with Keith Ellison’s history can be considered for the post of chairman of the Democratic National Committee, it means the Democrats have not learned a thing from their election loss. Doubling down on the tendencies that alienated so many people in the first place is not the wisest course of action in plotting the long road back to political hegemony.