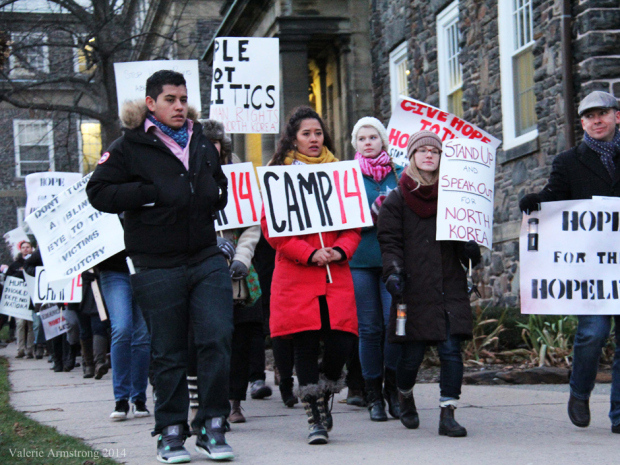 Barbara Kay: Universities are teaching students what to think, not how to think

Conservative thinkers in the fields of history, economics and sociology, knowing they cannot do the research they want to on campus, are migrating to think tanks.

Every year at this time I am privileged to appear as a guest lecturer for my friend Adam Daifallah’s course on the history of conservative thought at McGill University. Below are lightly edited excerpts from tonight’s lecture.

In his essay, “What are universities for?” philosopher Leszek Kolakowski writes: “The greatest danger is the invasion of an intellectual fashion which wants to abolish cognitive criteria of knowledge and truth itself. The humanities and social sciences have always succumbed to various fashions, and this seems inevitable. But this is probably the first time that we are dealing with a fashion, or rather fashions, according to which there are no generally valid intellectual criteria.”

The counter-culture of the 1960s drew a bright line between all past and present understanding of what universities were for. Standing on one leg, one might say that in the past universities felt it was their mission to teach students how to think, and in doing so it was considered natural to use as a teaching guide, as the 19th century cultural critic Mathew Arnold put it, “the best which has been thought and said” in our culture. Arnold’s dictum governed my own university experience in the golden age of university expansion between 1945 and 1960. My courses were blessedly free of ideology, and devoted to cultivation of students’ critical faculties through exposure to a variety of opinions.

“I can’t stand what you’re saying, therefore I will silence you.”

This sentiment is rapidly becoming the normal practice at Canada’s public universities, which accept mob rule as a way to censor controversial ideas on campus. Christie Blatchford was invited to speak at the University of Waterloo about her book Helpless: Caledonia’s Nightmare of Fear and Anarchy, but loud, unruly “protesters” forced the cancellation of this event in 2010. U-Waterloo’s president, Dr. Hamdullahpur, learned nothing from this incident, allowing MP Stephen Woodworth to be shouted down by “protesters” in 2013, while campus security watched passively.

In April 2014, the University of Ottawa condoned the forcible shut down of a presentation by Dr. Janice Fiamengo, by “activists” who disagreed with her opinions against radical feminism. This was consistent, of course, with Ottawa-U previously allowing a mob to prevent a scheduled speaking event with controversial author Ann Coulter from taking place.

Since the late 1960s, universities have considered it their mission to teach students what rather than how to think. Students soon internalize the catechism, summed up in the Twitter hashtag #whiteprivilege, meaning: Western civilization thrived on white, Christian, Euro-centric aggression against Others; Western literature and art are the patriarchy’s handmaidens; the university’s mission is to further a just society and empower the wretched of the Earth; objective “knowledge” is a tool for one dominant race, gender and sexuality to oppress the powerless; reason is but one “way of knowing”; any opposition to identity politics and multiculturalism is racism; there are no hierarchies in cultural values — in matters of gender, art and family, all manifestations are equally valid; and most insidiously, acknowledging and rewarding objective merit is considered an “institutionalized form of racism and classism.”

Just as Gender Studies considers all men to be “carriers” of the patriarchy, many progressives consider conservatism to be so retrograde, so obsolete, so inherently wrong that indulging its proponents with a podium on campus is akin to countenancing immorality. To illustrate, last year about this time I participated in a debate on the state of free speech at Canadian universities. I argued it was endangered. My opponent, a York University academic, did not deny freedom of speech was tightly curtailed on our campuses. But his position was that cultural, gender and racial diversity on campus, admittedly far more advanced today than in my era, is more important than and — I inferred — even incompatible with intellectual diversity. Which did not dismay him at all.

If, across Canada every year, 20 or 30 politically incorrect speakers don’t get to speak on campus because their views were offensive [to progressives], my opponent said, so what? Times have changed, he explained; anyone can make their views known on the Internet! And therefore campuses are not obliged to provide a soapbox for every “crackpot.” His views shocked me (not least because I am one of those “crackpots” that feminists tried to stop from speaking at McGill some years ago). According to his curious strain of logic, if the Internet is a viable ideas forum for students, why the need for any speakers on campus? Obviously, the Internet is no such thing. But his casual dismissal of the need for intellectual diversity is not unusual in academia; rather it is typical.

Ironically, the marginalization of conservatism in the universities has produced a counter-revolution amongst conservative thinkers

Strategies for eliminating intellectual debate on campus are manifold. Amongst them: disinviting guests, such as Brandeis’ 2014 commencement dis-invitation to the heroic Ayaan Hirsi Ali because her views on Islam offend some Muslims, or disrupting the speech of politically incorrect speakers (conservatives, pro-life activists, advocates for men’s centres on campus and pro-Israel speakers often need tough security on campuses, but never the other way around); eliminating neutral survey courses, but sanctioning group identity courses designed to promote activism; speech codes to punish “offensive” language to women and minorities; and hiring according to ideology and group identity rather than academic accreditation.

Ironically, the marginalization of conservatism in the universities has produced a counter-revolution amongst conservative thinkers. As former leftist-turned-vehement conservative David Horowitz writes: “excluded conservatives [in the universities] … are forced by the cultural dominance of the left to be thoroughly familiar with the intellectual traditions and arguments that sustain it. This is one reason for the vitality of contemporary conservative thought outside the academy, and for the inability of progressives to learn from the past.”

Conservative thinkers in the fields of history, economics and sociology, knowing they cannot do the research they want to on campus, have been migrating to think tanks, supported by private individuals and companies. This is something Adam Daifallah predicted and urged on in his 2005 book written with Tasha Kheiriddin, Rescuing Canada’s Right. Look at the recent crop of new conservative Canadian policy advocacy groups: The Manning Centre, The MacDonald-Laurier Institute, the Frontier Centre, The Institute for Marriage and the Family, all having sprung up in the last decade, all sponsoring intelligently provocative work.

Interestingly, UCLA Higher Education Research Institute data shows that self-identified conservative students report higher levels of satisfaction with their university education experience than self-identified moderate or liberal students, with the exception of those in the humanities and social sciences. Not coincidentally, there are fewer conservative students in the humanities and social scientists and more in fields like political science, political philosophy and economics. Indeed, conservative economists have dominated the Nobel Prize since its inception in the 1970s.

In a June 2014 article in New Criterion magazine, journalist Steven F. Hayward addresses the root cause of conservative students’ attraction to these disciplines, and finds it in the fundamental difference of outlook between liberals and conservatives. Chiefly, he says — and I concur — the answer resides in the Left’s unrealistic tendency to demand utopian solutions and the realistic conservative tendency to respect human and social limitations. “There is no utopian right,” says Hayward. Thus, conservatives like subjects that are concrete rather than abstract and in which objective evidence is what leads to conclusions, rather than theories, ideology, feelings or cultural narratives.