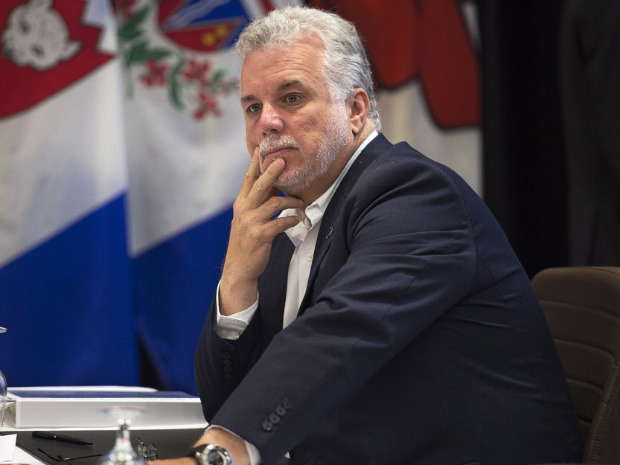 In Quebec, “values” is a loaded term. Last year, the Parti Québécois bought into the assumption that a crackdown on hijabs and yarmulkes and other outward signs of religious belonging would stir up nativist emotions along sovereignty-friendly lines. The gambit failed rather spectacularly, arousing latent racism at the margins, producing across-the-board cultural tensions, and in the end the now-infamous Bill 60, the Charter of Quebec Values, contributed to the PQ’s dramatic tumble from power in last April’s election.

Which does not mean that Quebecers aren’t concerned about cultural self-preservation. Protectionism is not a dirty notion in Quebec, and for good historical reasons. Apart from Montreal, Quebec is the only ethnically homogeneous collective in North America of its size. Disapproval of the PQ version of values protectionism was not an endorsement of multiculturalism as it is practiced in the ROC.

Too much cover is as indecent as too little when it comes to psychological comfort in our culture.

Before there was a PQ Charter of Values, let us remember, there was Bill 94, a Liberal project that had as its centerpiece a prohibition on face cover in the getting and receiving of public services. Polls gave the bill near-unanimous support in Quebec – 95% – and 75% support in the rest of Canada. The lack of equivocation is due not only to Quebecers fears of cultural dilution, but to Quebec’s outsized commitment to feminism (in part a response to the outsized patriarchism of the Catholic Church in Quebec’s history). Female politicians exert a powerful influence over all social and cultural policies and disbursements here. The galling sight of veiled, depersonalized women in this women’s rights stronghold arouses far more animus than any multiculturalist ideal can counter.

And so, now that Quebec has a Liberal majority government once more, it should come as no surprise that Bill 94, which foundered with Liberal party fortunes several years ago, is being revived. On Wednesday Justice Minister Stéphanie Vallée announced that her government will proceed this fall with “inclusive” values legislation. It will be tamer than Bill 60 – I take that to mean no hijabs, crosses or yarmulkes will be challenged – but it would require that public services be dispensed and received with the face uncovered.

Hurrah! One can argue until one turns blue that face cover is of a piece, rights-wise, with head coverings and crosses, but as the Sesame Street Song has it, “One of these things is not like the other.” Three of “these things” are socially harmless. Face cover is anti-social, anti-equality and anti-community in the larger sense of the word. It is associated with oppressive, misogynistic regimes. It is not clothing and is not worn; it is a mask and is, so to speak, “borne.” We do not have the freedom to give or receive pubic services while naked. Too much cover is as indecent as too little when it comes to psychological comfort in our culture.

As I wrote in a previous column: “Apart from ski slopes, the theatre and Halloween Balls, all purposeful adult face cover is by nature anti-democratic and socially subversive. As with bans on public nudity, bans on [face cover] are immune from the reflexive shibboleth of ‘slippery slope’ (‘What will they ban next?’ some Islamist apologists ask). Slippery slope to what? Both forms of social messaging represent the rock bottom of the slope to social indecency, with nowhere further down to go.”

I applaud Quebec’s Liberal government for their commonsensical, self-preservative sense of balance on this sensitive issue. There are limits to social inclusiveness and multiculturalism, and face cover is one of them.