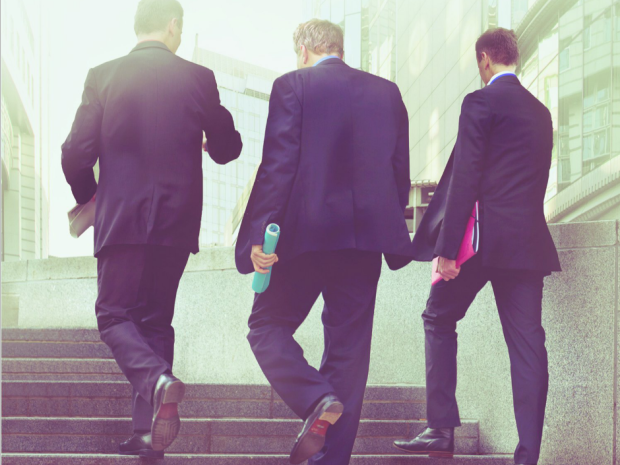 ‘Sons and Fathers’ traces the lives of three men as they negotiate with themselves which of their powerful fathers’ expectations they can accommodate.

This is a story of chickens coming home to roost in the nicest possible way.

In the early 1980s, I founded and edited an annual anthology of creative writing by Montreal and area high school students called First Fruits. Cash prizes for winners in the categories of poetry, fiction and essays attracted some excellent writing over the 25 years of its lifespan.

In 1985, then in Grade 10, one Daniel Goodwin submitted several poems. They were so cognitively mature and aesthetically polished that I at first suspected they were plagiarized. They weren’t. Daniel was that good a poet, and won first prize. It was only later that I learned he was the son of recognized poet, Bill Goodwin, nephew and friend of Irving Layton.

In recent years, I wondered if Daniel had made a career in writing. It turns out he had, but not as a poet (Layton’s constant, formidable presence in his life provoked a healthy yearning for non-poetic horizons). He has worked in journalism and is presently a communications executive for the Canadian operations of an international oil and gas company in Alberta. I found all this out when, a few months ago, he popped back into my life with a preview gift of his finely crafted and entertaining first novel, Sons and Fathers, which launches this week.

The novel’s title conjures up Ivan Turgenev’s 1862 novel, Fathers and Sons, but the similarity ends there. Turgenev’s plot concerns a new generation of nihilists rebelling against the traditional Christian-based order of Russian life. Goodwin’s protagonists are not alienated rebels. On the contrary, it would be hard to find more civicly engaged Canadians, or sons more respectful of their fathers.

Thematically, Sons and Fathers is about words that change the lives of others. Concretely, it’s about a politician, the writer who propels him to leadership, the writer who speaks truth to power, and the symbiotic relationships they form to advance their respective careers.

The plot takes place in 2009, but the story begins in the 1980s, when three young intellectual turks — Eli, Michael and Allan — become friends at McGill University. Each has a knack for the mot juste — Eli and Michael in writing, Allan in speaking (not at all the same talent) — and a high-achieving father to live up to. Eli, Goodwin’s alter ego, is the son of a famous Layton-type poet; Michael is the son of a respected, buttoned-up academic, a friend and would-be biographer of Eli’s father; and Allan is the son of a famous federal cabinet minister who — although the novel is not meant to be à clef — brings Paul Martin to mind.

Ambitious all, the three find their respective campus niches in poetry, politics and student journalism. Their friendship founders over a rivalry for a young woman’s favours, an ominously risky prank and a damning review by Michael of Eli’s first publishing foray. (“Writing a negative review is like shooting an endangered species.”)

Narrated by the protagonists — Eli, formal and creative; Michael, analytical and moralistic; Allan, driven and pragmatic — Sons and Fathers traces the intersecting relationships of the men as they negotiate with themselves which of their powerful fathers’ expectations they can comfortably accommodate, and which not, while building their careers in political leadership, punditry and the art of political “spin.”

The modest, but intriguing plot revolves around the inevitable crises that threaten to reverse the fortunes of the federal party Allan leads. That party is never identified as liberal or conservative. Goodwin is more interested in the universal elements of politicking than actual policies. (Many creative writers are cynical about politicians, but Goodwin is respectful of the gruelling conditions that accompany the path to power.)

The narration is rich in pithy observations. Playing chess together in youth, Michael asks Eli, “Do you play to win, or do you play not to lose?” Eli reflects, “I realized I wasn’t good enough to play to win.” But as a writer, he can ensure that Allan, who does play to win, wins. Poets fear they are “charlatans who puffed themselves up with inflated claims of influence because they had none to speak of.” On leadership: People say they want compassion, “but what they really want is someone they can trust, who is strong and courageous — when the going gets tough, we want to know if our leader will talk nice to us or defend us.”

This novel’s timing is fortuitous. The going is certainly getting tough, and the looming federal election is stacking up as a test of that observation.