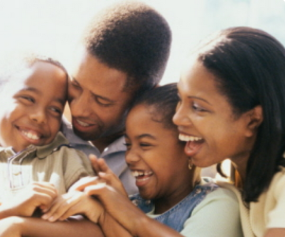 Black communities are not singular in their drift away from two-parent family life; they are only the most deeply affected by a widespread cultural trend.

In late July, Congress's Joint Economic Committee (JEC) issued an important report, "The Demise of the Happy Two-Parent Home." Although its findings are illuminating, many of them are a poor fit with certain passionately held beliefs in progressive circles. Therefore, it failed, with conservative exceptions like the Wall Street Journal and The Epoch Times, to attract attention from mainstream, progressive-leaning media.

Aside from its unwelcome content, the report is the latest in the JEC Republicans' Social Capital series. Their mission, as stated on their website is to "investigate the evolving nature, quality, and importance of our associational life. 'Associational life' is our shorthand for the web of social relationships through which we pursue joint endeavors—namely, our families, our communities, our workplaces, and our religious congregations. These institutions are critical to forming our character and capacities, providing us with meaning and purpose, and for addressing the many challenges we face.'

The perspective in this series is clearly conservative. Moreover, the report's unironically employed title words, "happy two-parent home," implying that two-parent families are better than single-parent families, might even be perceived as offensive by feminists or by anti-racist activists and their myriad institutional allies. For it is a well-acknowledged truth that households in inner-city black communities are disproportionately headed by single women.

Nevertheless, the facts are what they are. Two parents perform better than one in raising successful children.

Over many decades, research has established that children of married parents are much less likely to experience physical or sexual abuse, less likely to engage in anti-social behaviours or substance abuse, more likely to remain in school, less likely to be poor—and a litany of other perks outlined in the report, whose 150 footnotes link to evidence from a slew of international studies.

Black communities are not singular in their drift away from two-parent family life; they are only the most deeply affected by a widespread cultural trend. According to the report, based on the latest federal data, only 5 percent of children were born to unwed mothers in 1955; in 2018 40 percent of all births were to unwed mothers. But in the case of black women, 69 percent of births are to unwed mothers, only 28 percent to white unwed women.

Sociologist Sara McLaughlin is quoted in the report: "If we were asked to design a system for making sure that children's basic needs were met, we would probably come up with something quite similar to the two-parent ideal. Such a design, in theory, would not only ensure that children had access to the time and money of two adults, it also would provide a system of checks and balances that promoted quality parenting. The fact that both parents have a biological connection to the child would increase the likelihood that the parents would identify with the child and be willing to sacrifice for that child, and it would reduce the likelihood that either parent would abuse the child."

These are truths that educated elites–the overclass, mostly white, but also highly educated blacks like the Obamas and their peers—build their own successful lives on. They finish their education, they get jobs, and only then do they marry and start families. Everyone in their circle does the same. Overclass children enjoy the benefits of a stable family, socialize with equally privileged peers and perpetuate the positive cycle in their own lives.

But when the issue of black inequality comes up for public discussion, overclass pundits and institutional spokespeople do not point to themselves as role models for the black underclass. The progressive overclass studiously avoids passing judgment on the paradigm of casual early pregnancy, low educational aspiration and father absence, because they perceive any criticism, however constructive, of black "culture" as patronizing and racist. They pay lip service to the idea that racism, and racism alone, is the source of poverty and high crime rates in these communities.

Thus, progressive elites who hoard the knowledge that their own way of life is the secret to success out of deference to a political agenda that perpetuates black disadvantage only help to widen the gulf between those with "marriage privilege" and those left behind. Sadly, the Black Lives Matter movement is also so wedded to the racism-only explanation for poor blacks' failure to thrive that they seek to valorize the very condition that is blocking their upward mobility. On their "Global Network" website they stated, before taking it down:

"We disrupt the Western-prescribed nuclear family structure requirement by supporting each other as extended families and 'villages' that collectively care for one another, especially our children, to the degree that mothers, parents, and children are comfortable."

It is true that the "nuclear family" is a western invention. In most of the world, individuals are closely bound up with kinsmen and clans, in which the raising of children is a more collective endeavour. The words "it takes a village" emanate a sentimental glow. On its face, this ideal sounds very positive.

But African Americans live in the West. The inner cities are not pre-industrial "villages" in which the men go out to hunt or tend livestock–i.e. perform an important role for group survival—and the women keep the domestic fires burning. The women are fending for themselves in black American communities, supported by the state—whose poverty programs discourage marriage, one of the report's major beefs.

Without responsibility, the men are not maturing as they would in the imagined "village." Too many men from this community are incarcerated. Boys are being raised without positive male role models, and fall into lives of crime as a result. The idea that social models from rural Africa can be willed into being in Chicago and Baltimore to suit an ideological agenda is a fantasy. (It's telling that the statement speaks of caring for one another "to the degree that mothers, parents, and children are comfortable." Why mothers, "parents" and children? Why not "mothers, fathers and children"? It's almost as though fatherhood has been abandoned as a normative category.)

It is understandable in the current climate that alienated blacks should resist the well-intentioned advice of whites. But wouldn't it be a fine thing if their own institutions stepped up to the plate? Where are the voices of the NAACP, the National Urban League and the Congressional Black Caucus? These institutions proclaim themselves to be passionately committed to social justice and the eradication of inequality. But why can't they maintain that commitment while also championing strategies blacks can adopt to improve their lot independently of external attitudes and events.

Every social journey from fragility to strength begins with a single disruptive step from within the affected society. In the case of disadvantaged black people, that first step should be the admission amongst black leaders that the greatest gift you can give a child is a stable household with two committed parents. Welfare programs cannot do this. Anti-racism programs cannot do this. Only encouragement by black institutions for a revival of the two-parent household as a default in poor black communities—and encouragement by the media and the chattering classes for this encouragement—will create the rising cultural tide in poor black communities that lifts all boats.