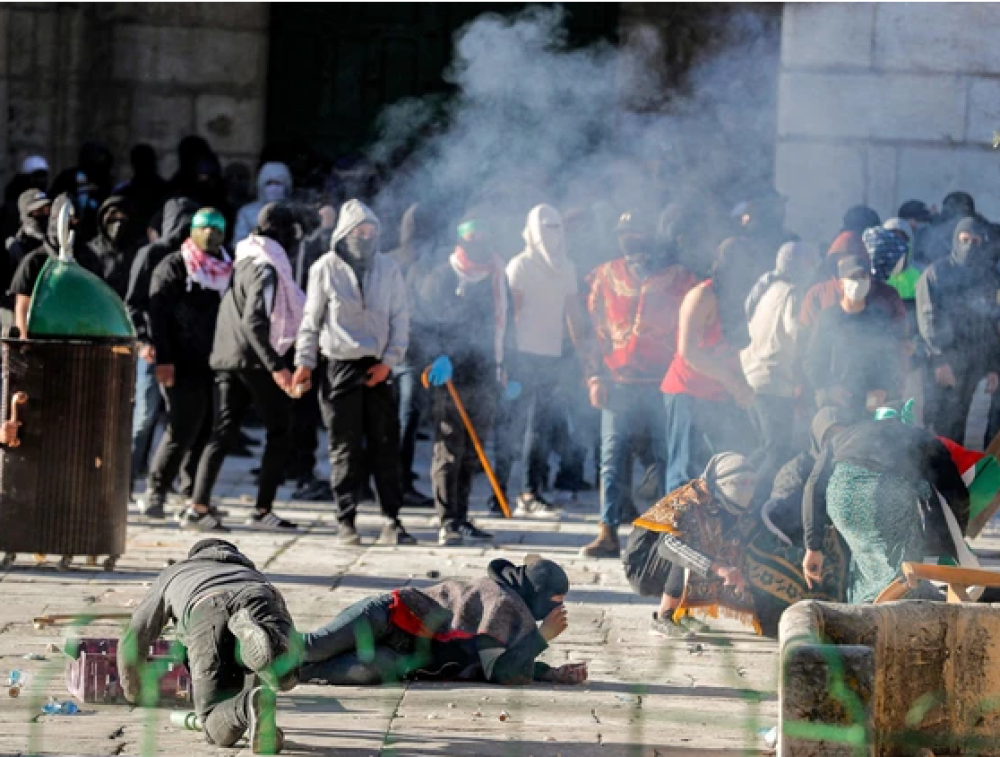 With so much at stake for innocent Palestinians and Israelis alike, irresponsible libel endorsements by Canadian politicians and special interest groups will only make a tense situation worse

Passover is a joyous holiday in Judaism, but historically, it is also associated with tragedy wrought by antisemitic blood libels.

Amongst the most notorious is the medieval libel that matzo was baked with the blood of kidnapped Christian children, a fabrication that resulted in massacres of English Jews. Its modern variant is the libel that Israelis harvest the organs of dead Palestinians. Belief in these libels has frequently resulted in mob violence. It was the Damascus affair of 1840 — the groundless rumour of an alleged ritual murder by Jews of a missing monk in Syria — that first brought the blood libel to the Muslim world, where it still thrives.

One long-circulating variant of the libel posits that the archeological digs below the Temple Mount are an Israeli plot to create a mosque-imploding earthquake, so the Third Temple can be built on its ruins. This canard can be traced back to the odious grand mufti of Jerusalem, Amin al-Husseini, who famously ingratiated himself with Adolph Hitler as a fellow-travelling Judeophobe with exterminationist ambitions. The myth fuelled riots and attacks against Jews in 1929. Later, it would be exploited by PLO leader Yasser Arafat to stoke the Second Intefadeh in 2000.

The same myth of the Israeli government’s alleged plot to ethnically cleanse the Temple Mount of Muslims is the emotional propellant for this month’s riots, which, if history is a guide, could spark the dry tinder of Hamas’ obsessive revanchism. (A rocket fired into southern Israel out of Gaza late Wednesday and Israel’s measured retaliation, an air strike on a rocket-manufacturing site, may be the opening salvo in an ugly new clash of wills between Hamas and Israel.)

With so much at stake for innocent Palestinians and Israelis alike, irresponsible libel endorsements by Canadian politicians and special interest groups will only make a tense situation worse.

Alexandre Boulerice, deputy leader of the NDP, for example, posted a message to his 29,000 francophone Facebook followers, claiming Israeli forces were “attacking” innocent Muslims and the Al-Aqsa Mosque during Ramadan, to rid “Jerusalem of its Muslim and Christian heritage.” This is a demonstrable falsehood and a reiteration of the old blood libel. Now that NDP Leader Jagmeet Singh is sitting above the salt at the government’s table, he must distance the party from such feckless and ignorant discourse.

The truth is that Israel is extremely respectful of Christian and Muslim religious sites, something that cannot be said for any other Middle Eastern country. The Temple Mount — the site of the two biblical temples, where Al-Aqsa was constructed as a symbol of Muslim dominance over other religions — is also sacred to Jews, but Israel curtails Jewish religious entitlements there to keep the peace.

That, however, isn’t enough for the Palestinian Authority, which demands that “evil Jews” refrain from “defiling” the mosque by entering it, and insists the entire 35 acres of the Temple Mount should be Judenrein, as well. As proof of their desperation to avoid conflict, Israeli police did clear the entire site of Jewish visitors.

Foreseeing trouble during Passover and the Muslim holy month of Ramadan, Israeli Defence Minister Benny Gantz met in Amman in late March with Jordan’s King Abdullah II. Jordan is nominally tasked with managing the Al-Aqsa Mosque through a “waqf” (a religious trust) and could have moved to forestall the premeditated riots, but didn’t. So it took some chutzpah for the king to lecture Gantz on “the rights of Muslims to perform their religious rites at Al-Aqsa.”

Those rights were respected. In fact, the police action at the Al-Aqsa compound on April 15 that resulted in over 400 arrests was executed in part to clear out the rioters so the next prayer session could take place.

The National Council of Canadian Muslims (NCCM), a non-profit organization that receives government funding, also took a reflexively anti-Israel line. It responded to events with a petition urging the Canadian government to condemn Israel’s actions.

“With impunity, Israeli forces violated the internationally recognized sanctity of the Al-Aqsa Mosque, one of the most sacred sites for Muslims worldwide. They attacked Palestinian worshippers as they prayed peacefully during Ramadan,” the petition states. The NCCM described the intervention by Israeli forces as “heartless,” and a “flagrant violation of the human rights of Palestinians under international law.”

The NCCM’s statement is unbalanced and misleading. The “sanctity” of the mosque was desecrated by the Arab rioters — not the “worshippers” — who, disrespectfully, wore shoes and played football inside the mosque, and turned their holy place into a military redoubt. The group, composed mostly of young men bent on trouble-making, hurled stockpiled rocks, metal pipes and firebombs at Israeli police, and at Jews praying below at the Western Wall.

The police used tear gas and rubber bullets. No rioters were killed. Of the over 400 participants arrested, most of the detainees were released on parole, with some forbidden from entering the Al-Aqsa Mosque until the end of Ramadan. Hardly what one would call “heartless.”

The NCCM is peddling false news to discredit the Jewish state, and that’s inappropriate enough. But to media watchdog Honest Reporting Canada (HRC), which is disinclined to hyperbole in its rebuttals of gratuitous Israel-bashing, the NCCM petition demanding an official condemnation by our government of Israel strays beyond the border of “outright disinformation,” and into the far more problematic realm of “egregious incitement.”

HRC’s April 18 response to the NCCM petition states that accusing Israel of violating Muslims’ religious rights “is an extraordinarily serious claim, and given that it is an utter fiction, it is remarkably irresponsible and dangerous on the part of NCCM, in our eyes, to give a platform to this conspiracy theory.”

Alluding to the acts of violence directed against Canadian Jews by pro-Palestinian activists in Canada during the May 2021 Hamas-Israel hostilities, HRC concludes that, “by continuing to beat this drum of disinformation, the NCCM, in our estimation is actively throwing gasoline on the fire of antisemitism.” In my estimation, that’s fair comment.