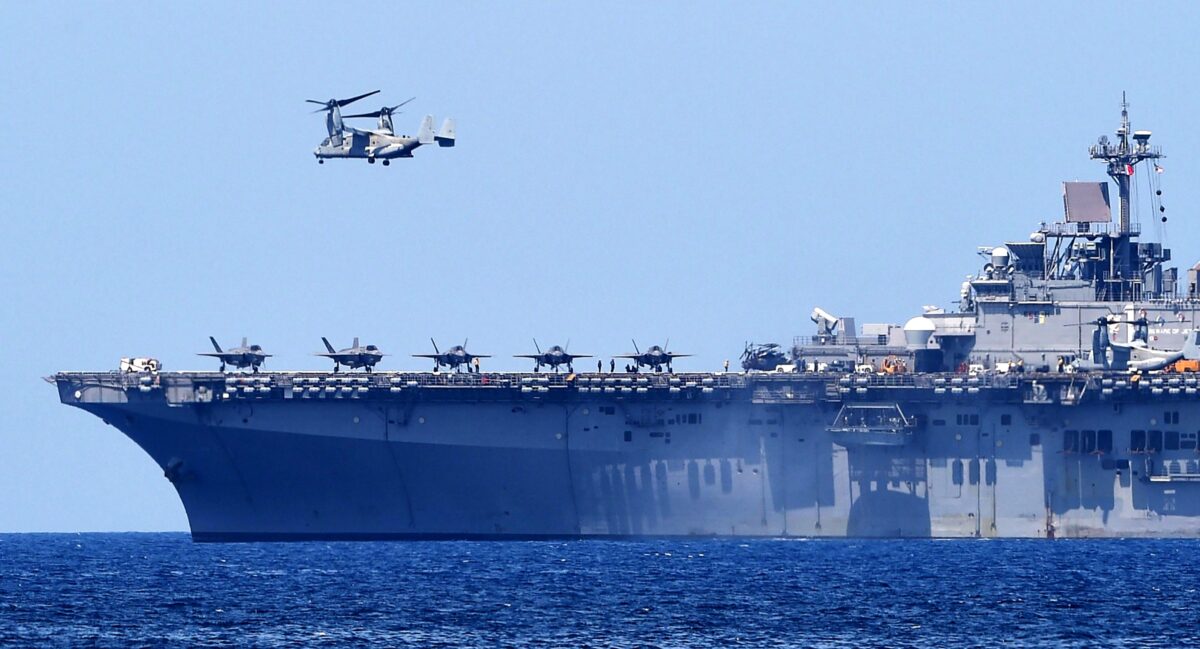 Could Push Come to Shove in US Effort to Rein in Beijing?

President Trump is juggling three critically important domestic fronts: COVID-19, proliferating protest with concomitant rising crime in the wake of the George Floyd killing, and a re-election campaign tethered to low approval figures. The Chinese Communist Party is doubtless pleased by these distractions. In their ongoing zero-sum competition with the United States, they see every sign of American weakness as added muscle mass to the CCP.

That’s not to say that Trump’s administration is AWOL on China. On the contrary. As I write, Secretary of State Mike Pompeo has just declared the U.S.’s formal opposition to numerous CCP claims in the South China Sea. It’s a doubtlessly unexpected challenge to Beijing’s bid for control over these strategic waters, where its claims conflict with those of six other governments (but not the United States).

Pompeo said the decision was an effort to uphold international law against what he described as the CCP’s “might makes right” campaign in expanding sovereignty claims over its neighbours.

As reinforcement, the United States ratcheted up naval operations in the area, sending two aircraft carriers to participate in one of its largest naval exercises in recent years in the South China Sea—notably at the same time as China was holding drills there. “The world will not allow Beijing to treat the South China Sea as its maritime empire,” Pompeo said.

Underlining the administration’s gloves-off posture, and as anticipated in Trump’s May 30 speech regarding new approaches to China following imposition on Hong Kong of the CCP’s freedom-squashing “security law,” the president signed an executive order to end preferential treatment for Hong Kong as well as overseeing passage of the Hong Kong Autonomy Act, which would impose sanctions on officials who crack down on rights. There will be “no special privileges, no special economic treatment, and no export of sensitive technologies,” Trump declared.

Fielding questions from the press in the Rose Garden, the scene of these announcements, Trump told reporters, provocatively, that “we hold China fully responsible for concealing the [coronavirus] and unleashing it upon the world.”

Additionally, Trump and the Labor Department directed the Federal Retirement Thrift Investment Board to halt plans for investing billions of U.S. retirement funds in Chinese companies because, considering the high level of influence in the U.S. financial sector this would entail, the entanglement would become “a threat to U.S. national security.”

Do these multiple bullish thrusts at Beijing portend a willingness on the part of Washington to back its accusations with military intervention if the regime ups the ante? Given present domestic challenges, Trump’s administration is taking a risk with this hard rhetorical and legislative line. Because the CCP is certainly acting as though push can’t come to shove soon enough. Trump’s administration has laid down so many markers of resolution, any single calculated act of CCP aggression could bind them to forceful reaction. And then what?

But why, one might well ask, would the CCP wish to risk a military confrontation with the greatest superpower on earth? They couldn’t possibly win. Or… could they?

It seems a preposterous idea on its face. The United States spends more on defence than the next 10 countries combined. But money isn’t the issue, according to Christian Brose, former staff director of the Senate Armed Services Committee and senior policy adviser to the late Sen. John McCain.

In his new book, “The Kill Chain: Defending America in the Future of High-Tech Warfare,” Brose bluntly maintains that in a conventional force-on-force war with China, America would lose: “Over the past decade, in U.S. war games against China, the United States has a nearly perfect record: we have lost almost every single time.” The Department of Defence understands the gravity of these game losses. When Jim Mattis became acting defence secretary, his first words to the press were, “China, China, China.” But, Brose says, “[t]he American people do not know this. Most members of Congress do not know this—even though they should.”

The United States has squandered billions in newer versions of “legacy systems”: old military platforms that will not determine the outcome of a war against a peer power. The “kill chain” refers to new battle networks of sensors and unmanned shooters to rapidly accelerate the process of detecting, targeting, and striking at threats.

Legacy systems served for America’s wars in the last several decades because they were fought against militarily weaker opponents, with the capacity to wear out Americans’ patience but never to threaten America proper. And while the United States has been bogged down in the Middle East and domestic matters, China has been busy conducting military exercises presumed by seasoned China watchers as preliminary to an invasion of Taiwan, as well as building up an arsenal of drones, artificial intelligence, and hypersonic missiles for the “systems destruction warfare” the Pentagon is losing sleep over.

In a war with China, Brose says, ships, submarines, fighter jets, bomber aircraft, and other munitions would be too far away at the outset to be of use and “would come under immediate attack once they began their multiweek mobilization across the planet.” Cyberattacks “would grind down the logistical movement of U.S. forces into combat,” while cargo ships and aircraft “would be attacked every step of the way.”

What is needed, Brose advises, is a future force of lower-cost, low personnel systems that are somewhat expendable, such as networks of drones and “lots of missiles.” Artificial intelligence, autonomous systems, and ubiquitous sensors, including quantum sensors that, once in use, can detect disruptions in the environment that will make hiding impossible: American forces must be able to “swarm” the enemy with unmanned vehicles that will confuse and frighten adversaries.

Brose also advises cyberattacks on software, not hardware, and communication jamming, the idea being to achieve “distributed lethality” with minimal loss of life. Elaborating on his suggested goal of “defense without dominance,” Brose says: “China may be capable of denying dominance to America, but America can do the same for China. And that should be our goal: preventing China from achieving a position of military dominance in Asia.”

The provocations in Beijing’s maritime “might makes right” campaign have included: the ramming of a Vietnamese fishing boat in contested waters; harassment by the Chinese coast guard and survey ships of a Malaysian survey ship in what Malaysia claims as their exclusive economic zone; and a “collision” (possible ramming) in international waters between a Chinese fishing ship and a Japan Maritime Self-Defence Force destroyer.

While this was going on, the United States pulled the nuclear-powered aircraft carrier USS Theodore Roosevelt back to port due to COVID-19 infections. The contrast between the two national scenarios is steeped in irony, if not foreboding.