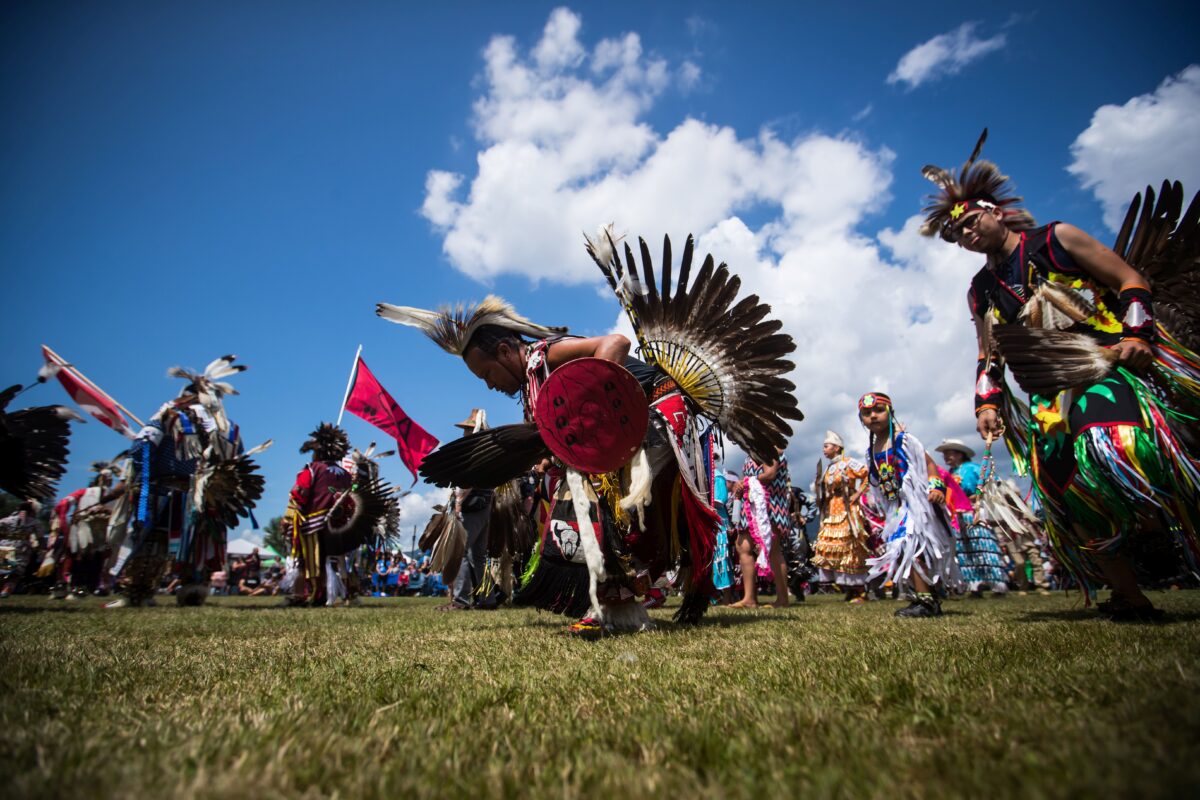 Counter-Theme to Victimhood: Canada’s Indigenous Peoples Need Not Be Defined by Past Injustices

Following the announcement of 215 unmarked graves at a former Kamloops residential school in late May, the city of Victoria in B.C. announced the cancellation of its Canada Day celebrations. When an estimated 751 graves were then discovered at a former Saskatchewan residential school site, #CancelCanadaDay began to trend on Twitter. The activist group Idle No More urged Canadians “to come together and disrupt [July 1] celebration” in multi-provincial rallies. Four Catholic churches were burned in B.C. and one in Alberta in the week leading to Canada Day.

The message was clear. The moral stain of the residential school system is so ineradicable that it renders Canada unworthy of celebration altogether.

For indigenous families with a direct connection to the Indian Residential School system, (IRS) personally or familially, rejection of the nation for the ugliness of their portion in its history is understandable. But should our prime minister have ordered the flag on the Peace Tower to half mast, a gesture of indigenous allyship, but also of cancellation, on Canada Day? No. The government may wish to express its vicarious shame, but that flag isn’t Justin Trudeau’s personal property—it represents us all.

Enlightened by findings made public in the Truth and Reconciliation Commission report, ordinary Canadians today can therefore sympathize with indigenous families in pain; we can and should commit to educating ourselves further on its scope and significance; we can and should observe an annual day of solemnity in remembrance of this sad historical chapter in our history. But we should not be asked to feel personal guilt, nor should we be called upon to choose between these acts of solidarity with our fellow indigenous citizens and demonstrations of healthy patriotism.

For contrast and wider context, consider the moral crisis of our closest neighbour, as its citizens, black and white alike, grapple with America’s history of slavery and racism. Apart from abolitionists, most white Americans of the slavery era were either directly implicated in its practice, or held the racist beliefs that permitted them to acquiesce (with or without complacency) to its practice by others. Slave-owners, but as well a significant swath of northern stakeholders in the cotton industry, benefited materially from the practice. Should Independence Day therefore be cancelled?

Those who hold with Critical Race Theory (CRT) believe white racism is the default human condition, a permanent human stain, and black victimhood an enduring condition. If there had been no moral progress on race relations, how could you celebrate such a country? You cannot and should not, CRT activists say.

Black conservative academic Glenn C. Loury rejects this theory out of hand. In “The Case for Black Patriotism,” published in City Journal’s spring 2021 edition, Loury scorns the joyless fatalism of the CRT narrative. He makes the point that slavery was a “commonplace human experience since antiquity,” while the idea of abolition was new, unprecedented: “A Western idea. The fruit of Enlightenment … liberating millions of people and creating the world we now inhabit.”

Loury concludes that the central issue is “a question of narrative.” Are Americans to look back through a “dark lens” at the United States as a white supremacist, illegitimate force? Or take the “developmental” view of what it has become over time—“the greatest force for human liberty on this planet”? He ends with the admonition that “[t]he narrative we blacks settle upon about the American project is fundamentally important to our nation’s future.” Likewise, Canada must decide if our own unproductive “dark lens” of colonialism will continue to guide the reconciliation process we all claim to yearn for.

Actual history is complex. Narratives are built around simplistic themes. The theme promoted by Cancel Canada Day activists is that the oppressor-oppression relationship between non-indigenous and indigenous Canadians is immutable. Such fatalism is divisive and psychologically harmful to us all, but the greatest harm falls on indigenous youth. Where is their motivation to succeed as full and equal Canadians to come from if their role models radiate hopelessness? Like America’s black youth, indigenous youngsters need to hear a counter-theme, grounded in the reality that the actual practices of slavery and colonization are over, never to return, that progress has been made, and will continue to be made.

Last month, a 1998 film “The Last Days,” winner of an Academy Award for best documentary feature, began streaming on Netflix. Its title reflects the fact that within a span of several months, late in World War II, more than 400,000 Hungarian Jews were zealously rounded up and eradicated by Nazi Germany. The film traces the post-Holocaust lives of five Hungarian Jewish survivors.

I am not introducing the theme of the Holocaust and its survivors as an analogy to the IRS. The IRS bears no literal comparison to the Holocaust, even though it has become a commonplace for ignorant and/or eager virtue-signalling commentators to do exactly that. I bring up the film because it bears an important message that could be of enormous benefit to indigenous youth, a message that has been scanted in the media or suppressed by activists committed to the perpetual-victimhood narrative, namely: We are not defined by what others did to us.

Post-Holocaust, the film’s subjects, then in their 70s, more than survived. They thrived. They married and built healthy families. They realized their talents in fulfilling jobs and vocations. They did not forget, of course. The film documents their return to Auschwitz 50 years later with their adult children, a sorrowful sojourn in which no horrific details were spared. Appropriately, there were tears and silence for reflection on the mystery of man’s limitless inhumanity to man. But that was not how the film ended. It ended with scenes of joyous family celebrations and the laughter of children.

The stories of these extraordinarily resilient survivors do not reflect the experience of all survivors, obviously, as many survivors were too broken to recover. But they do reflect the response to the Holocaust of the Jewish people. They convey a powerful message the children and grandchildren of survivors of all forms of oppression need to hear: Injustice and human suffering must never be forgotten, but commemoration of a sorrowful past and affirmation of faith in a better future can co-exist in harmony.