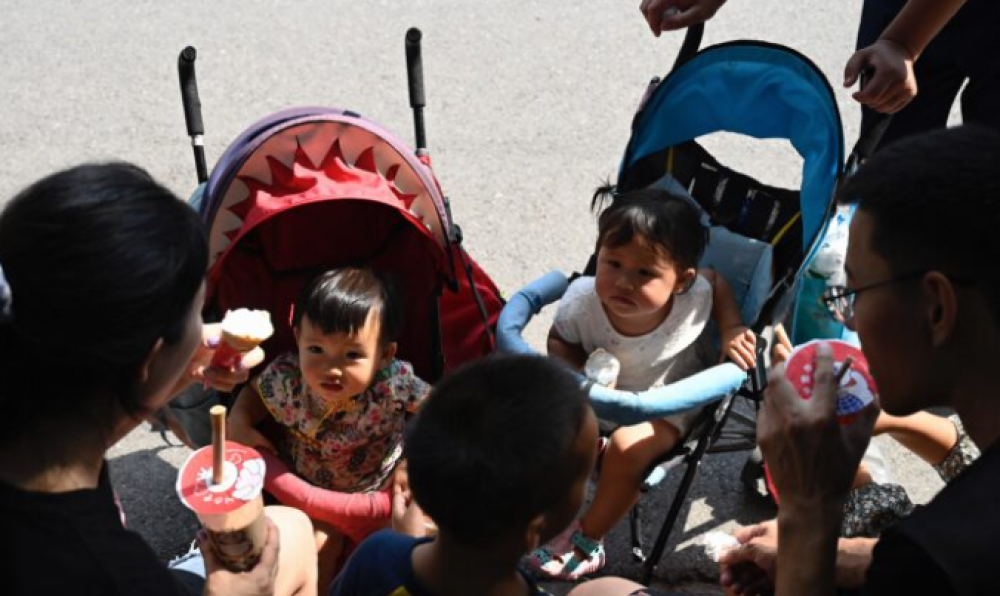 Toddlers sit in strollers in Beijing on Aug. 21, 2021. China is hot spot for sex-selection abortion. (Jade Gao/AFP via Getty Images)

Femicide Can Be Added to Criminal Code, but Only If Sex-Selection Abortion Is Also Included

Last month, the jury of a special coroner’s inquest into three women’s deaths in 2015, all related to intimate partner violence (IPV), made a recommendation that “femicide” be added to the Criminal Code as a distinct offence. The justice system already differentiates between the killing of an adult and infanticide, so the idea is worthy of discussion.

Men are far more likely to be killed by other men for a variety of reasons. And yet, while most IPV violence is bilateral, at its extreme end, women are disproportionately the victims. So yes, I think there is a case to be made for adding femicide to the Criminal Code. But only if sex-selection abortion (SSA) is included in its remit. Women seek abortions for many reasons. Only one of them is based in hatred of women.

Pro-choice activists take the position that if a right is immutable, as they argue abortion is, then the motivation cannot be questioned. It’s the individual woman’s choice. “Privacy,” right? But what do we do when women’s privacy and public health needs collide?

SSA is creating a public health crisis on a worldwide scale. A recent story in the Wall Street Journal illustrates the need for attention to this odious practice. It begins with reference to a video clip that circulated on Chinese social media last winter, in which a woman is shown in a doorless shed, chained by the neck. It was suspected she must be a “bought wife,” alluding to the illegal practice, often involving human traffickers who lure poor women from remote provinces to provide rural men with “brides.”

In spite of official protestations that she was not a victim, public outrage elicited the truth: The woman had been twice-sold and had eight children. Her “husband” was arrested, but public protest did not die down. The issue of bride-buying was raised “to the level of national soul searching.” A national campaign on a dramatic scale is now underway to track down and rescue women in this victim’s situation. Bride trafficking’s root cause is SSA, a consequence of patriarchal norms and China’s former one-child policy.

As early as the 1980s, some researchers anticipated the pitfalls of early-stage ultrasound technology, which was narrowly celebrated for its role in predicting genetic deficits. Its ability also to predict the baby’s sex was perceived in the West as a meaningless but agreeable perk. We were slow to grasp the potential downside of this momentous change in prenatal care. While the normal ratio of male to female births is on average 105/100, in some regions, thanks to SSA, the birth ratio ranges from 160/100 to a shocking 200/100. Nobel prize-winner Amartya Sen estimates that there are about 160 million “missing” women in Asia and North Africa.

China is one SSA hot spot, and India is another. Here too, cultural norms assign greater value to males. Not only are sons responsible for their parents’ care in old age, girls represent dowry expenses. It used to be argued that higher literacy rates and socio-economic advances would result in higher status for girls. But a 2008 study found “no relation between the sex ratio and religion or years of education of the mother. This is in agreement with the findings of others who have shown that gender bias exists regardless of religion, caste and socio-economic class.” Indeed, according to SSA expert Mara Hvistendahl, author of the 2011 book “Unnatural Selection: Choosing Boys Over Girls, and the Consequences of a World Full of Men,” shortlisted for the 2012 Pulitzer Prize, female empowerment preceded SSA.

Even though gender equality is well established in the West, we must assume some responsibility for what is happening abroad. Hvistendahl says. From the 1950s on, abortion in Asian countries was encouraged and funded by American philanthropic institutions like the Rockefeller Foundation and the International Planned Parenthood Federation. On this issue, Cold War warriors and leftists became unlikely bed fellows. Conservatives feared population growth would further the spread of communism, while left-wing scientists and feminists thought abortion was necessary for women’s empowerment, and even, as Planned Parenthood’s medical director put it in 1976, for “the future prosperity – or maybe survival – of mankind.” For many global-population alarmists, Hvistendahl states, “sex selection was a feature rather than a bug, since a society with fewer girls was guaranteed to reproduce itself at lower rates.”

In Asia, only South Korea has managed to reverse this troubling trend. By the late 1980s, South Korea’s skewed ratio peaked at 116/100. The government decided intervention was necessary. In 1988 it became illegal for a doctor to reveal the gender of a foetus to expectant parents. That alone was insufficient; notably, both China and India have laws or regulations against SSA, but they are simply ignored. It seems that a combination of urbanization, women’s educational advances plus reforms in social security, and perhaps—as a much smaller country than the other population behemoths—more nimbleness in acceptance of social change, coalesced for success in normalizing South Korea’s gender ratios.

Deeply ingrained cultural norms emigrate with those who hold them, making SSA “there” a problem “here.” The 2008 study mentioned above describes Canada, where abortion is entirely unregulated, as “a haven for parents who would terminate female fetuses in favour of having sons, despite overwhelming censure of the practice.” Statistics from communities with a large Asian immigration population in Quebec, Ontario, and B.C. all show skewed male/female birth ratios.

Everyone agrees SSA is an ethical problem, even those who take a libertarian view of women’s abortion rights. Forcing ultrasound technicians to become moral gatekeepers (“Why do you want to know the sex of the fetus?”) is unfair and unworkable. In any case, ultrasounds are rapidly becoming irrelevant in the light of newer strategies, such as blood test kits for determining sex that can be done in the privacy of one’s home.

Very few Canadians are opposed to abortion under any circumstances. Rape, incest, and predictable birth anomalies all resonate with the general public as a rational basis for choosing abortion. Likewise, very few Canadians endorse abortion for any reason. A woman who willingly conceives a baby, then willingly terminates a healthy fetus when its “wrong” sex is discerned, crosses a bright moral line for most of us. No matter how feminists spin it, SSA is femicide and an abomination.

Skeptical? Imagine the eventual invention of a simple home blood test kit that can predict homosexuality or gender dysphoria in the womb. Everyone knows that women’s right to abortion “privacy” would then disappear in a heartbeat. A human heartbeat.

We hope you enjoy our coverage! As you are visiting us today, we’d like to ask you one question —  How much do you think news media outlets actually impact your life?

...Probably more than you realize.

Life is full of decision-making. Even a bit of misinformation can lead to bad decisions and cause serious impacts. That’s why our team digs deep and reports truthfully to deliver reliable, complete, and accurate information that you need to make the right choices.

Unlike many other news outlets, The Epoch Times is not influenced by any government, corporation, or political party. We do not follow a predetermined narrative, inflame emotional tensions on issues, engage in sensationalism, or present only one side of the story.

We are funded by readers like you and our goal as an independent media outlet is to let YOU make up your mind on issues, no matter how heated.

Enrich your life with an Epoch Times subscription today. Your subscription will not only contribute to the revival of honest journalism, but will also provide unlimited access to truthful, uncensored news, plus a treasure trove of other online premium content, including Epoch TV. Start your trial for just $1 for 3 months. You won't be disappointed!