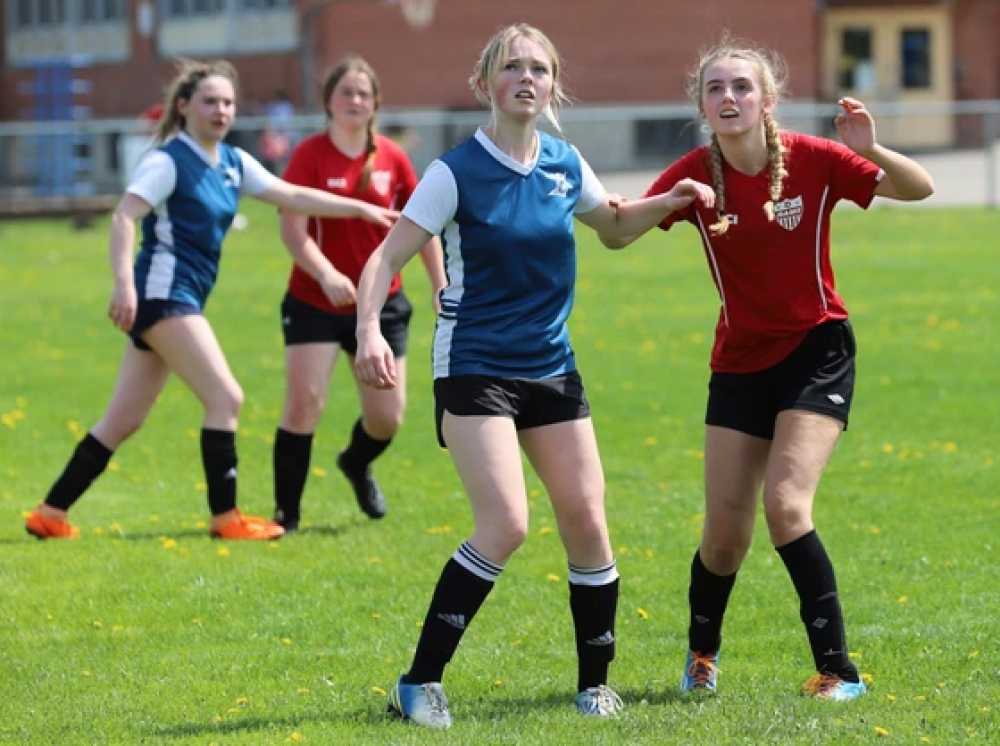 During COVID, all athletic programs for youngsters closed down in my neighbourhood, as they did everywhere in Montreal. When they finally resumed, I learned from a local newspaper that girls’ registration at the Westmount Soccer Club had dropped “significantly” since the pandemic. In 2020, the total number of players was 220 and a third of them were female. Today, there are 236 players and only 24 per cent are female.

Less than a year ago, the Canadian Women’s national soccer team won gold at the Tokyo Olympics, but even that thrilling moment could not inspire an uptick in interest. Was this a local phenomenon? No. A 2021 “impact report” on women in sport produced by Canadian Women & Sport (CW&S), titled “Building the Future of Sport, Together,” found that one in four Canadian girls who had participated at least once a week in sports before COVID-19 had not returned when restrictions were lifted.

Girls’ participation in sports is disproportionate to boys’ at the best of times. The report finds that as of January 2020, as many as 62 per cent of Canadian girls are “not participating in any kind of sport at all.” One in three girls “who start out in sport will drop out in adolescence,” compared to one in 10 boys.

Feminists may argue that girls’ fragile attachment to sports is bound up with a systemic bias toward male sports and social construction that persuades girls that sports are a “boy” thing, while non-feminists may agree there is systemic bias, but lean more toward an explanation involving an innate psychological imbalance between the sexes regarding “combat.”

But we should all agree that, since sport is a good thing in itself, and empowering for girls who take it seriously, we have to work with the gender disparity we are faced with, not the parity we would like to see. Girls who are encouraged to overcome their hesitancy and ambivalence come to love sports as much as boys do, and at the elite level, there is perfect parity in the dedication and passion both sexes bring to their sports.

In that practical spirit, CW&S created a learning module for coaches titled, “Keeping Girls in Sport.” Throughout, slides highlight the messages that, “girls aren’t boys,” and “girls and boys require different things from sport and their coach.” Coaches are instructed to be aware of the difference between the sexes in how success is achieved.

So true and so obvious. Indeed, the report is refreshingly retrospective in its linguistic curation. When the words “gender equity” are used, they seem to refer to the traditional meaning of equity between those who are born female and those who are born male. In CW&S’ manifesto video, the word “inclusion” is attached to images of girls wearing hijabs.

Nowhere does one find mention of “gender self-identification,” “trans” or “cis.” You would not know from this CW&S report or its video that the sports world is presently consumed with the right of those who are born as males but who identify as females to — under the rubric of “inclusion” — compete in women’s sport. It’s as if the CW&S is stuck in a time warp.

But it is not stuck at all. It has simply settled upon a duplicitous marketing scheme: beguile the general public with material that seems earnestly to champion the advancement of girls and women in sport according to their sex-specific characteristics; but behind the scenes, endorse “gender inclusion” policies that privilege the feelings of trans athletes over the rights of those who were born female to fairness and safety.

A July 2018 CW&S tweet reads: “Sex-segregated sport & physical recreation spaces place trans kids in harm’s way. Predicated on the assumption that there are only two, fundamentally different sexes & that boys & men have unfair athletic advantage over girls & women.” The incoherent, self-cancelling message to coaches and sport associations from CW&S is: sex is no longer to be considered binary; but don’t forget, “girls aren’t boys!”

With CW&S having crossed the aisle from the advancement of girls’ and women’s sport interests to a full-bore commitment to “gender equity,” Canadian girls and women are presently without a single official sports association that backs their sex-based rights in sport.

Except, of course, for Athletics Alberta, which is presided over by high-performance coach Linda Blade, whose policies adhere to biological realities and the primacy of fairness and safety. Blade is presently in Halifax at Athletics Canada’s annual general meeting, where it is expected that her nine provincial peers will vote in an official policy that centres a simple declaration of self-identification and lowered testosterone (which does not come close to erasing the male post-puberty advantage) as sufficient for entry into domestic women’s sports.

If that vote passes, men’s sports will continue to roll merrily along, completely unaffected by the new policy. Women’s sports, though, will gradually become an “open” category. Any reasonable Canadian can guess what effect the increasingly common appearances of trans athletes on podiums will have on girls’ deciding whether or not to take sports seriously.

Canada’s minister of sport, Pascale St-Onge, is presently the only individual with the power to call a halt to this madness. Over to you, madame minister.