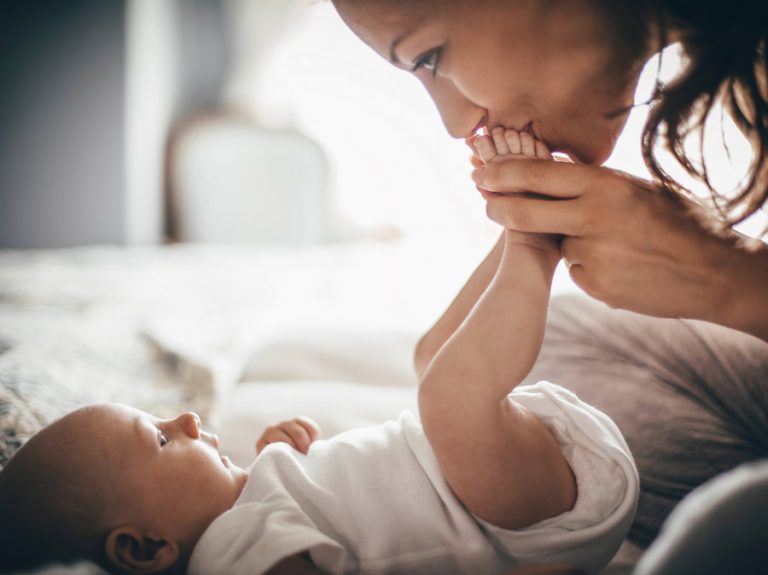 Is Motherhood Mainly Motivation for Misery? The New York Times seems to Think So

Last month, the New York Times marked the occasion of Mothers Day with “Stories of Motherhood, Told by Six Women.”

Women readers had been solicited to share their experiences of becoming a mother, and 1300 submissions came in, from which the editors chose six. All were thematically united in dissatisfaction or suffering, as the titles make clear: “The World was Hers. Then She Became a Mom”; “When Having a Child Doesn’t Make You Happy”; “Her Mom had Five Kids. She wanted Freedom,” etc.

One, called “They saw Dad. She was Mom,” is the story of a transwoman who feels envy of her wife’s ability to become a biological mother, recounting the psychological pain of having to fight for the right to be called “mom” as well (“Am I less of a mother because I didn’t have that experience?” she asks. TERFs – trans-exclusionary radical feminists – would respond, you are not only less, but not even close: stop appropriating women’s existential functions!)

How very up to the cultural moment. Another, “A Mother’s Promise: You can be Yourself,” is about raising a child alone (the father, “an activist from El Salvador,” had died in action before the baby is born).

From this editorial outcome, we can draw one of two conclusions. The more plausible one is that many of the 1300 submissions expressed fulfillment with motherhood uncomplicated by theories of social construction, gender career gaps and father absence, but that the NYT consciously chose those that did not in order to cater to the expectations and preferences of their left-leaning female readership.

The other scenario is far more troubling: that the six essays faithfully represent the overwhelming majority of the submissions, which seems far-fetched, but in fairness must be considered a possibility.

Both should concern us. Many individual women in history have disliked being mothers, and many have had good reason to. But until feminism, in concert with women’s ability to control their reproductive destiny, achieved ascendancy in our culture, motherhood was at least systemically valued, because the family was considered the pillar of any robust and healthy society. Since subversion of the family is a pillar of feminist doctrine, the NYT’s subversion of Mothers Day speaks to mainstream complicity in a systemic devaluation of the defining biological significance of womanhood itself.

Women who find great satisfaction in motherhood are far more likely to be the kind of women that feminists, and therefore the NYT, disapprove of. They are not conflicted at all about gender roles. They understand that mothers and fathers bring different strengths to family-building and value their husband’s contribution. They respect and admire men.

They privilege time with children over exceptionally time-consuming careers They accept that motherhood may involve sacrifice of personal ambition during children’s formative years and don’t resent that. This isn’t to say they are without ambition or personal goals outside of family life. Only that they prefer balance to the stress of “having it all.” Feminism in its present incarnation is hostile to such women.

Will Fathers Day evoke the same mischievous spirit at the NYT? Have male readers been solicited for their views on fatherhood, and will the newspaper “of record” publish six narratives that chronicle the reasons their authors think fatherhood sucks?  I would be surprised if that happened. Because a slew of diatribes against fatherhood would be understood as male rejection of women. The NYT would be unlikely to countenance such an abrogation of their feminist principles.

Still, such essays would give readers a glimpse into a world of male suffering they rarely, if ever encounter. The astute observer will note that in none of the six narratives by mothers is the pain or dissatisfaction they feel related to the forced surrender of their children to the children’s father, or to fear of that eventuality.

Women may have trouble conceiving children (mainly because they voluntarily leave conception too late in their fertility cycle); they may find children a drag on their ambitions; and they may find much else to complain of that is motherhood-related. But the one thing it is rare to find in our society is a middle-class mother who expresses concern that the state may take her child away from her in response to her male ex-partner’s demand.

But if the NYT were committed to exposing fathers’ dissatisfactions, that would probably be a recurrent theme. One putative narrative might indict the institutional bias fathers suffer in family court, for example, where the overwhelming majority of contested custody suits end in sole custody judgments for the mother; another might point to the bitterness of fathers who have had to pay 18 years of child support for the (DNA-proven) fruit of their partner’s adulterous union; a third to the fact that feminism-governed social services often overlook mothers’ abuse of children to ensure they are not transferred to the care of even the most loving and competent of fathers.

Such essays would not be well received by many female readers. The NYT would find itself in the social-media crosshairs for giving men any platform at all to bruit their grievances. Gender grievances are a one-way street in the liberal media.

Which is why I want to share news of and – in coming columns – reviews of two important companion books fresh on the market: Sons of Feminism: Men Have Their Say and Daughters of Feminism: Women Supporting Men’s Equality.

These are books that the NYT will never review, which is exactly why the culturally revelatory stories and perspectives shared in them, posing a stark contrast to anything one normally sees in the mainstream press, are especially valuable to any open-minded reader seeking a balanced portrait of gender realities in our society.

If that description fits you, stay tuned to this station!