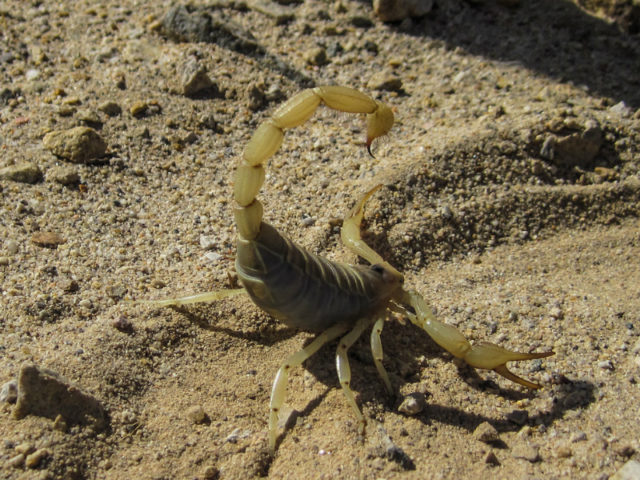 Kay: The scorpion in the Jewish world’s fire

In my reading of the Raj Quartet, Paul Scott’s magisterial series of novels chronicling the last days of empire in India, one incident continues to haunt me, due to its (unintended) Jewish symbolism.

At one point in the series, some Indian boys have isolated a scorpion and set fire to a gasoline-soaked perimeter around it. As the heat intensifies, the scorpion’s tail involuntarily arches, to the point where it ends up stinging itself. The question arises: did the heat kill the scorpion, or was it the effect from its own venom?

When I consider the scourge of anti-Semitism in its present anti-Israel form, I often remember that scorpion. Israel is small but powerful and rightly feared for its sting when attacked. It is ringed by external enemies, but it is also threatened by the venom produced within its own body.

The Knesset passed its so-called nation-state law on July 19, officially declaring Israel both a Jewish and a democratic state with the right to self-determination. The law is an important milestone, as it carries constitutional weight.

During the debate over the law, several clauses aroused controversy. Some were amended, but others were left as is. Diaspora Jews have not been shy about voicing their concerns over sections of the law that touch on language rights, relations between Israel and the Diaspora, the status of the Druze and nettlesome wording regarding settlements.

That is normal behaviour amongst Jews. We are a people habituated to debate and even quite aggressive internal dispute. But there are lines – or should be – that should not be crossed, in order to keep harmful venom contained.

As is its wont, J Street fecklessly marched over the line in responding to the new law. Upon its passage, the liberal advocacy group tweeted that the bill “was born in sin” and that “its only purpose is to send a message to the Arab community, the LGBT community and other minorities in Israel, that they are not and never will be equal citizens.”

The latter assertion is simply untrue. The legislation’s provisions mirror those of a number of other democratic countries. According to Prof. Eugene Kontorovich of the Kohelet Policy Forum, an Israeli-based think tank, at least seven EU countries’ constitutions are similarly formatted, with the difference being that Israel’s declaration ensures complete social and political rights “to all its inhabitants irrespective of religion, race or sex.”

READ: KAY: THE YAZIDIS OF TODAY ARE THE JEWS OF YESTERDAY

In an op-ed in the Hill, Bradley Martin, a senior fellow with the Haym Salomon Center and deputy editor for the Canadian Institute for Jewish Research, eloquently responded to J Street’s pernicious accusations with the contempt they deserved.

Martin pointed out that Israeli Arabs are the freest in the region, enjoying the ability to worship at over 400 mosques (a fivefold increase since 1988) with 300 imams and muezzins funded by the Israeli government. Christians, who have been almost completely cleansed from Arab lands, flourish in Israel. And far from being marginalized, LGBT rights in Israel compare favourably with those of almost every other democratic country. Martin notes that Israel grants permanent
residency to hundreds of gay Palestinians fleeing persecution at home.

The Jews that make up J Street are not “self-hating.” Rather, they are hostile to those who put them in the awkward position of having to choose between progressivism and their own people. Fierce anti-Zionism is a litmus test for “social justice” status and J Street is desperate to maintain that status at all costs.

Its assertions meet Natan Sharansky’s criteria for what crosses the line from criticism of Israel to anti-Semitism: delegitimization, demonization and double standards.  Taken together, J Street’s Israel-bashing comments, reflecting what Martin rightly terms “anti-Israel derangement syndrome,” amount to hateful speech. I’m against censorship, but Jews in positions of authority should call this pernicious organization out for what it is: a political cabal of people who exploit their nominal status as Jews to blacken Israel’s reputation.

The real scorpion in the circle of fire could not prevent his stinger turning against him. J Street, on the other hand, has moral agency. It is the scorpion’s tail that stings by choice.