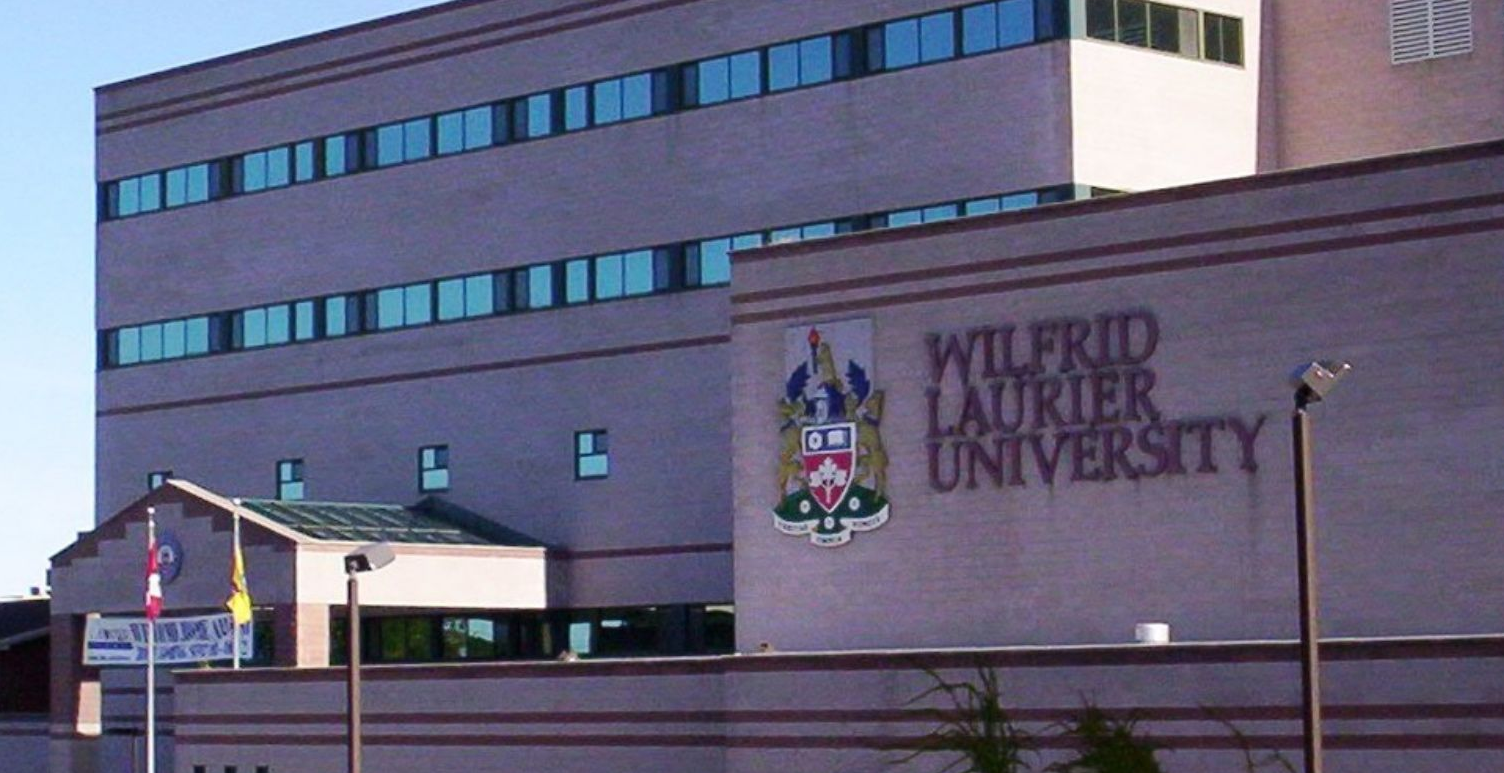 Prof. Haskell at Wilfrid Laurier University has been threatened with charges that will bring him before the Ontario Human Rights Commission for raising gender and race topics as open to debate.

Cancel culture is now a trope that needs no explanation for all but the willfully uninformed in western countries. It began on university campuses, but didn't stay there. It is now a gigantic, unstoppable boulder of ice, crushing writers, editors, scientists, artists, actors, fashion influencers, politicians and even knitting enthusiasts in its path.

Nevertheless, university campuses remain ground zero for the phenomenon, because that is where freedom of speech, free academic inquiry and diversity of opinion are the bedrock ideals from which objective knowledge emerges and is disseminated into the larger community for the benefit of all citizens. The numbers of admitted conservatives on campus are diminishing to the point of no return. Of their small number, most keep silent or mouth woke bromides they don't believe to protect their careers.

A tiny handful of dissenters have not only chosen to remain at their posts, but to act as though it were the most normal thing in the world to defend their views publicly—always civilly and respectfully—and to stand up to the mobs who come for them. All honour to them.

In the past few years, I have written up the cases of many Canadian students or faculty who have been cancelled, or narrowly escaped cancellation. But usually my tee-off is a retrospective explanation, with commentary, of what has already happened. It is not the usual thing for me to witness a cancellation in progress.

But that is exactly what is happening as I write at WLU to Christian conservative David Millard Haskell, an associate professor in the Faculty of Liberal Arts, whose field is the sociology of religion, and is likely to happen to William McNally, professor of finance.

In 2017, Lindsay Shepherd, a graduate student and teaching assistant in Communications at Wilfrid Laurier University in Waterloo, taught a class on the power of pronouns that included a segment of a debate on TV Ontario's The Agenda. In it, panelist Jordan Peterson presented a case against the compelled use of invented pronouns (ze, zhir, etc) to affirm gender variants one doesn't believe in. Shepherd thought the segment would inspire an animated and civil discussion.

Instead, motivated by the extreme bias of Shepherd's academic superiors against Jordan Peterson's opinions (one would compare the toxicity of Peterson's views to those of Hitler), it provoked an animated but hostile interrogation, which—thanks to Shepherd's prudent decision to record it—catapulted both Shepherd and WLU into national prominence.

The tape of the shocking interview went viral. Lindsay's account of what followed that fateful episode, in the April issue of C2C Journal, a précis of the full story in her recently published book on the affair and its aftermath, provides a grim picture of the frosty environment in store for any student determined to translate classic liberal principles into words or action on most university campuses in North America. For conservatives, the environment is downright frigid.

Throughout her ordeal, which lasted many months until she completed her Masters degree and then parted ways with academia, Shepherd had very few public supporters altogether, but the pickings were especially lean from faculty. Only two faculty members declared themselves openly as Shepherd's liegemen throughout the saga and beyond: David Haskell and "Will" McNally.

In publicly "choosing a lane," and becoming open advocates for freedom of thought and expression, McNally and Haskell knew life would become difficult for them, and it did. In June 2020 they wrote a public letter pushing back against Laurier's plan to fight alleged racism on campus embed critical race theory systemically in the university that got international attention and exacerbated resentment against them amongst woke colleagues and the administration, not to mention implacably anti-Christian students. Such heresy could not be tolerated.

In short order, the editor of The Cord, Laurier's student newspaper, offered suggestions on how to do an end run around tenure and guarantees of speech freedom to get "untouchable" professors with odious views fired. Pointing out that professors are obliged to create environments free of "harassment and discrimination," the editorial advised students to build exactly such cases against them.

An activist group christened "WLU Change is Due" began a social media campaign to urge Laurier to fire the "two mediocre white men," comparing their views to the infamous Holocaust denier David Irving. A follow-up Cord article boosted the campaign, alluding to Haskell and McNally as "white supremacists."
Advertisement

A new page was then added to WLU's official website, alluding to the "outrage, frustration and sadness" of students caused by "some faculty members" on social media. It "acknowledges the harm online comments can cause…," concluding that academic freedom and free speech rights do not protect a professor engaged in "racism, hate, or oppression in the classroom…": hint, wink, dog whistle, implying that WLU was open to complaints from students about Haskell and McNally and eager to act on them. Needless to say, the page contains no definition of what might constitute racism, hate or oppression.

Inevitably, complaints emerged. One against Haskell, accusing him of religious discrimination (but without evidence), involved constant intrusive digital disruptions in remote learning sessions on the part of the student that contravened Laurier's non-academic code of conduct. But when Haskell formally requested that the student be disciplined, he was first stonewalled and then his request was denied on the grounds that the student had not transgressed the policy—which she demonstrably had. Far from disciplining the student, the administration used the bogus complaint to launch an investigation of Haskell.

That complaint rested on a lie. Another, more serious complaint involved objections to an assignment Haskell had devised for his course in public speaking scripts. The topic choices allowed students to argue either side of contentious contemporary issues. For example, students could write and perform a speech arguing either that transwomen had a right to compete in women's sports, or that they should not be allowed. They could choose to argue that police shootings of black people are racially motivated or, conversely, that race is not the predominant factor.

To a classic liberal or conservative, such rhetorical training is routine and desirable. After all, the students weren't being told what side to take in their actual lives. (Tellingly, only two students of twenty chose the unwoke side of the debate to argue, even though Haskell had assured them that as this was merely an exercise in polemics, and that taking the "wrong" side—the one that they did not believe was correct—would be good practice in sharpening their rhetorical powers, and not an indicator of their personal beliefs.)

Interestingly—shades of Lindsay Shepherd's entrapment (her tormenters said there had been a student complaint and there hadn't been)—the complaint about the topics did not come from a student, but from two professors outside of his department who had only heard about the assignment and called upon Haskell's dean to take action.

The noose began to tighten. Haskell has been threatened with charges that will bring him before the Ontario Human Rights Commission, simply for raising gender and race topics that should be considered settled as open to debate. The administrator wrote to Haskell in an email, "Students who may identify with a particular race or sexual identity [Sic—should be "gender," not sexual] may feel disadvantaged or impacted by listening to or participating in certain speeches."

A full description of his ordeal, as well as illuminating material regarding the deplorable conditions for Christian students at WLU (as a believing Christian, Haskell is such students' mentor and comforter), can be found in a C2C Journal article by Haskell (with files contributed by Will McNally), "Discrimination Approved for Conservatives on Campus." It is a troubling essay, but it deserves wide distribution so that Haskell and McNally can rally the support they deserve in resisting the tyranny of the ideologues.

Chalk up yet another shameful chapter in WLU's sordid history of intellectual oppression—but also, thanks to Haskell's and McNally's courage, another inspiring—though perhaps WLU's final—chapter in the academy's history of honorable dissent.