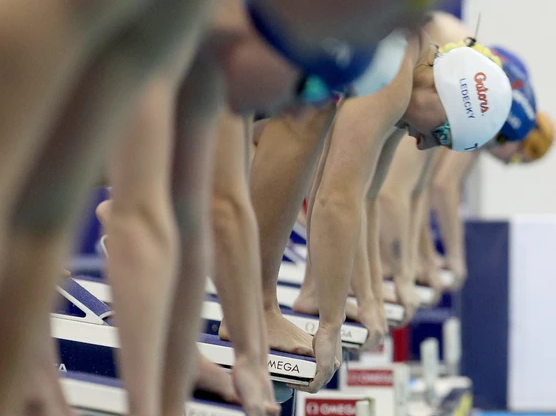 In 2006, Canadian downhill mountain bike racer Danika Schroeter found out the hard way what happens to female athletes when they protest against unfair policies in sports.

Standing on the podium following a race won by transgender biker Michelle Dumaresq — Canadian women’s champion in 2003, 2004 and 2006, amongst other triumphs — Schroeter received her silver medal in silence, but everyone present could see the Sharpie-drawn message on her t-shirt: “100% Pure Woman CHAMP 2006.”

For her chutzpah, Schroeter was handed a three-month suspension. She offered a personal apology, but it broke her as an athlete, and the sports world hasn’t heard from her since. Following that incident, no female athlete has uttered a word of public protest against trans-identified males who are increasingly dominating women’s sports.

Athletes should not be tasked with such martyrdom in the battle for a level playing field in sport. Even though they are the primary victims of ill-considered transgender policies, female athletes did not sign up for political activism, and we have no right to ask them to jeopardize their scholarships and ambitions in the struggle to reverse those policies.

Protecting athletes’ rights is the responsibility of other stakeholders. Coaches, retired athletes and sports commentators would seem like natural dissidents. But up to now, apart from a few courageous souls, a discouraging omertà has reigned across the board. Events of the last few weeks, however, offer tantalizing signs that the persisting policy logjam that’s slowly but surely destroying women’s sports may soon break up.

First, we have the mesmerizing story of trans-identifying University of Pennsylvania swimmer Lia Thomas. From 2016 to 2019, the tall, strapping Will Thomas, as Lia then was, performed successfully on the second-team All-Ivy League.

As Lia, Thomas has become a swimming supernova, smashing records left and right. At the recent Zippy International in Akron, Ohio, in a sport known for slim margins, Thomas bested last year’s 200-yard freestyle gold-medal time in the NCAA finals by seven seconds; came first in the 500-yard by more than 14 seconds; and won the 1,650-yard by a flabbergasting 38 seconds.

Thomas reportedly bragged after the 200-yard that it “was so easy, I was cruising.” A teammate granted anonymity told the sports news website Outkick that her fellow women were crying on the pool deck, knowing they hadn’t a hope against Thomas. That’s a telling sign in itself, because athletes are often warned not to complain to the media about gender-related grievances.

More encouraging still was the reaction to the 1,650-yard freestyle race by spectators. “Usually everyone claps, everyone is yelling and cheering when someone wins a race. Lia touched the wall and it was just silent in there,” OutKick’s source said. “When (Penn swimmer) Anna (Kalandadze) finished second, the crowd erupted in applause.”

That silence, in my opinion, represents a tipping point in this charged debate. Nobody organized it. Nobody called for it. This is the “wisdom of crowds” at work. This is society saying: enough is enough; calling us transphobic won’t shut us up; this is unfair to women; we won’t be a party to it. So that was a breath of fresh air.

The report does not question the right of trans-identifying athletes to participate in sports: “The question is whether there is a justification for excluding transwomen from the protected category of women’s sport. This is about rights within sport, as opposed to access to sport.”

The report examines the principles of “fairness, safety and inclusion,” and finds that there is no scenario in which fairness and safety for women can be guaranteed in harmony with inclusion for trans-identifying males.

Even those who argue most passionately for the inclusion of trans women in women’s sports do not deny that natal males enjoy a post-puberty physical advantage over women, in spite of reduced testosterone (a stricture Lia Thomas submitted to). But, they insist, it has not been proven to be significant, and in any case is overshadowed by the more pressing principle of “inclusion.”

The MLI report handily rebuts any notion that the male advantage is unproven, with reams of objective evidence, helpfully illuminated in reader-friendly graphs, to demonstrate that the male musculoskeletal advantage is not only proven, but in certain areas, shockingly disparate: performance differences between women and natal males, for example, range from 11 per cent in swimming to 120 per cent in rugby. (Illegal doping, by contrast, confers less than a 10 per cent advantage.)

The report reserves its most serious criticism for the Canadian Centre for Ethics in Sport (CCES), whose extremely permissive 2016 recommended guidelines on trans inclusion in sport were taken up by virtually every sports organization in Canada.

The MLI report observes that the membership of the expert working group put together by the CCES to draft the guidelines “contained neither a biologist nor a professional ethicist or philosopher,” instead leaning heavily on sport administrators. The MLI authors, by contrast, offer disinterested academic expertise, “with no such conflicts of interest.”

The authors recommend, as the fairest and safest paradigm that’s consistent with trans inclusion, a protected (biological) women’s category, which would welcome trans-identified women who are not (yet) on testosterone, and an “open” category for everyone else.

Trans activists will undoubtedly consider this recommendation unacceptable. In a perfect world, there might be a solution to please everyone. But in the real world, the perfect should not be the enemy of the good. This is a solution that is good. In sport-policy argot, it is “fit for purpose.”