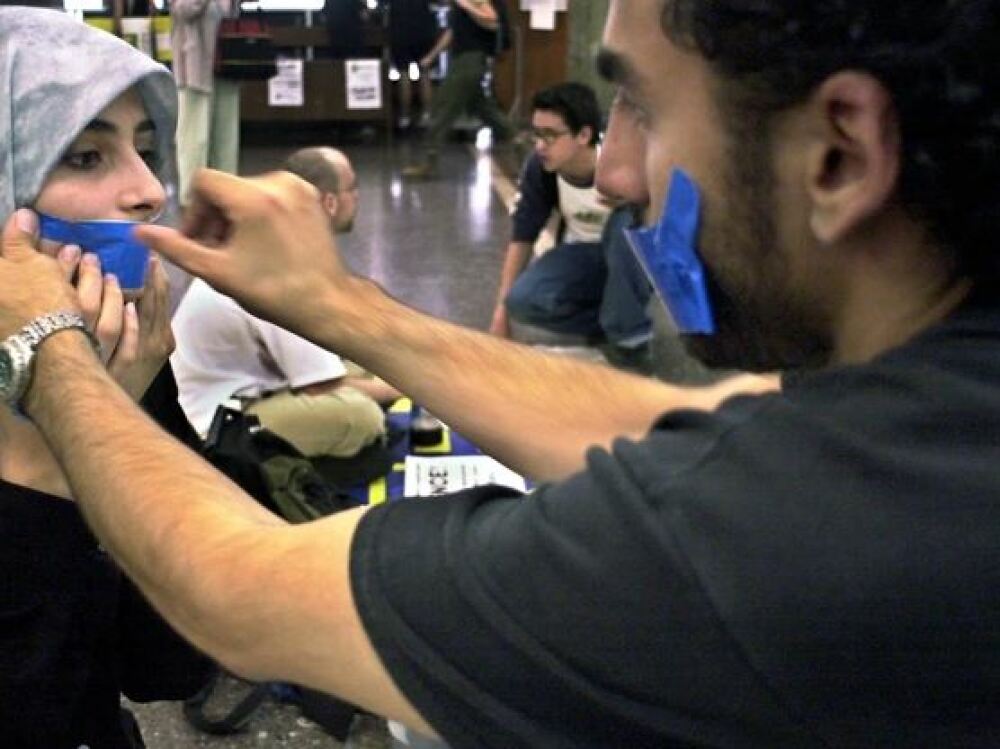 The Laith Marouf scandal is so egregious, it reads like a storyboard for a satiric film.

A raging Marxist hater of the West, in general, and of Jews in particular, hiding in plain sight for decades, creates an organization called the Community Media Advocacy Centre (CMAC) — which, in reality, consists of himself and his wife — and designs an attractive website for it.

Apparently without performing basic due diligence — such as an internet search, which would have turned up a hateful slew of mostly antisemitic Twitter sewage — Canadian Heritage hands $133,000 to CMAC’s “senior consultant,” to organize a series of seminars for broadcasters seeking strategies for dealing with racism.

But that turns out to be the tip of a more shocking backstory. Longtime Marouf observer Mark Goldberg, a telecommunications consultant, found federal records showing that CMAC collected over $500,000 from the CRTC’s Broadcast Participation Fund. In fact, the Beirut-based Maroufs have been living very comfortably off Canadian government handouts, both large and small, for six years.

Everyone agrees it should never have happened. Yet so far, no heads have rolled at Canadian Heritage. Prime Minister Justin Trudeau has promised a “complete review” and said that his government will take steps to ensure that this doesn’t happen again. But that’s not good enough, as it’s unlikely that a full accounting of how the government formed a relationship with Marouf and when it learned about his troubling history will be made public.

That’s where the American-based Lawfare Project comes in. In a press release, it says that it is taking steps to uncover the truth. In partnership with RE-LAW LLP, a Toronto law firm, it has submitted a freedom of information request to discover how Canadian Heritage came to be associated with Marouf.

According to the release, “The Lawfare Project has requested copies of all communications between the government and the Community Media Advocacy Centre and/or Marouf. The organization also requested copies of all documents, including briefing notes, reports, memos, media lines and communications, relating to the Community Media Advocacy Centre.”

The purpose of the request is to “compel the government to disclose key documents and communications, which should uncover how they came to form this absurd partnership, when they discovered Marouf’s virulent antisemitic views and why this was discovered only after contracts were signed, funds were disbursed and some of CMAC’s programs and projects took place.”

David Elmaleh, a partner at RE-LAW, said that, “The government’s use of taxpayer funds in this instance is particularly concerning. We are pleased to be assisting the Lawfare Project in its quest to bring these issues of vital public importance into the public domain. The public deserves to know what transpired, and why.”

This is welcome news. The Lawfare Project, founded by its executive director, human rights lawyer Brooke Goldstein, has an impressive track record of living up to its mission statement: “defending the civil and human rights of the Jewish people, and fighting discrimination wherever we see it.”

It forced Kuwait Airways to terminate half of its U.S. operations and its inter-European flight routes because of its discrimination against Israeli passport-holders; it has stopped corporations from implementing BDS policies by counselling them on the legal implications of discriminatory commercial conduct; and it has successfully demanded that the U.S. Congress hold the United Nations accountable for promoting and inciting violent radicalization among Palestinian children in UNRWA refugee camps.

This is not the Lawfare Project’s first intervention in Canada. Recently, it helped rectify a double standard at the Canadian Food Inspection Agency that impacted imports of Israeli olive oil.

The implications of the Marouf affair are, of course, far more serious. It’s embarrassing that the Trudeau government’s apparent failure to understand the gravity of the Marouf scandal, and the alarm bells it rings for seasoned combat veterans on the antisemitism front, became a story so troubling in itself that it piqued this muscular external response. Godspeed to the Lawfare Project in getting to the bottom of this insalubrious affair.